A Country of Campaigns

Across the world, the realisation that rivers, forests, glaciers, grasslands, corals and coasts are infrastructures in their own right has come to be accepted even by the most respected economists and bankers. In India, however, such realisation seems not to have dawned. More likely, it has dawned, but those accustomed to turning publicly-owned natural capital into private profit, are carpetbagging their way through the climate crisis weighing us down. Abinaya Kalyanasundaram compiles a brief smattering of blunders that threaten to shake the equilibrium of the Indian subcontinent in ways that will pauperise us, and leave us open to further climate extremes and lethal pandemics-in-waiting. 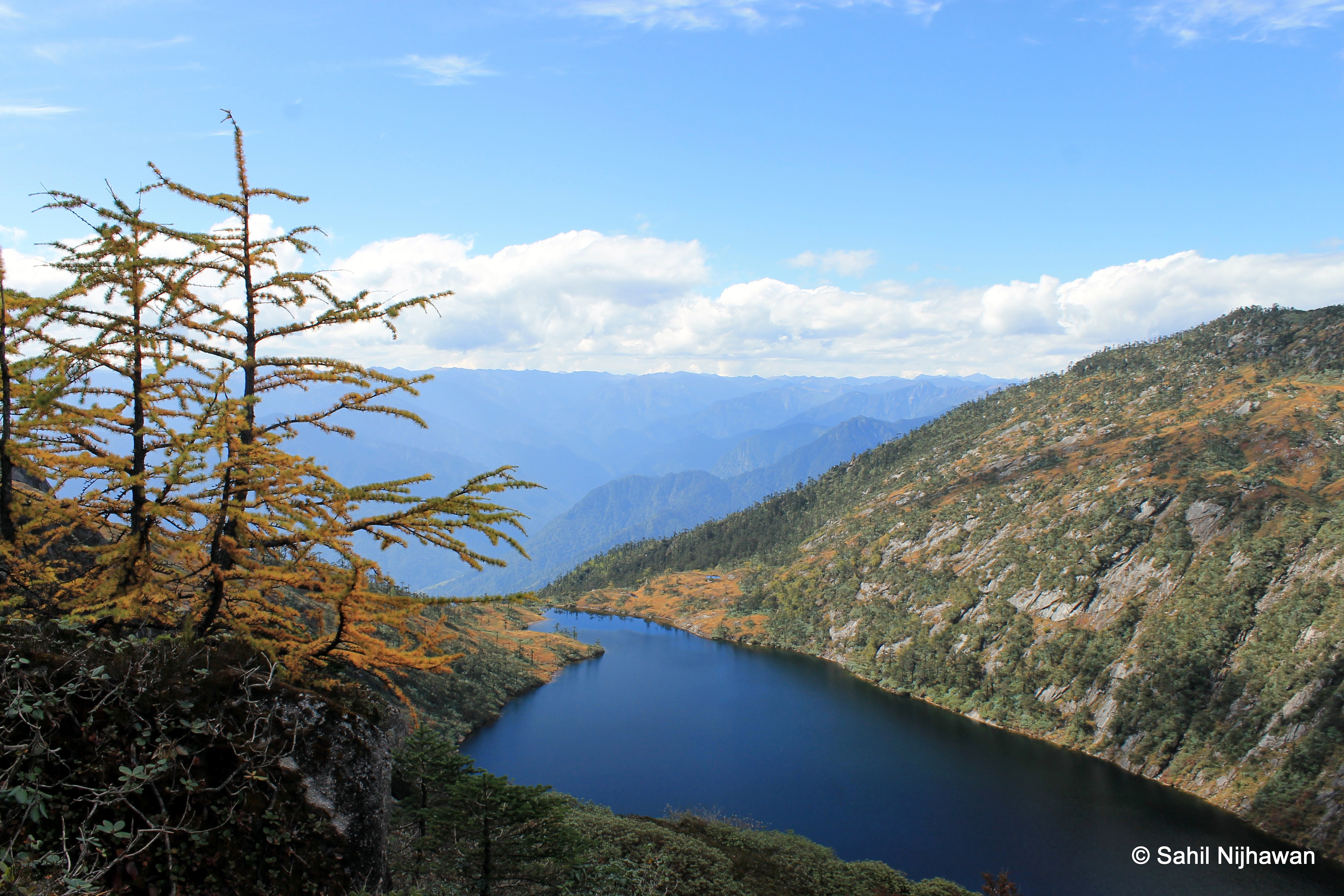 The Dibang Valley’s old-growth forests, home to stunning biodiversity and the indigenous Idu Mishmi community, is threatened by the proposed Etalin Hydroelectric Project and 17 other dams proposed on the tributaries of the
Dibang river. Reputed scientists, community leaders and experts have raised concerns on the project – the irreplaceable loss of biodiversity, the potential cultural dilution of the Idu Mishmi from the influx of labour. This apart, independent experts confirm that the viability of such mega dams in a seismically active geological region, combined with the climate change-induced retreat of the glaciers that feed the Dibang valley renders the project financially unviable.

Damage: 2,80,000 trees, loss of habitat for endangered species and displacement of the Idu Mishmi community.
Current status: Clearance awaited from the Forest Advisory Committee, which has sought input from the Ministry of Power, the National Tiger Conservation Authority (NTCA), the Wildlife Division of the Ministry of Environment, Forest and Climate Change (MoEFCC), the Regional Office of the MoEFCC, and the Arunachal Pradesh State Government, following vociferous public protests.’ 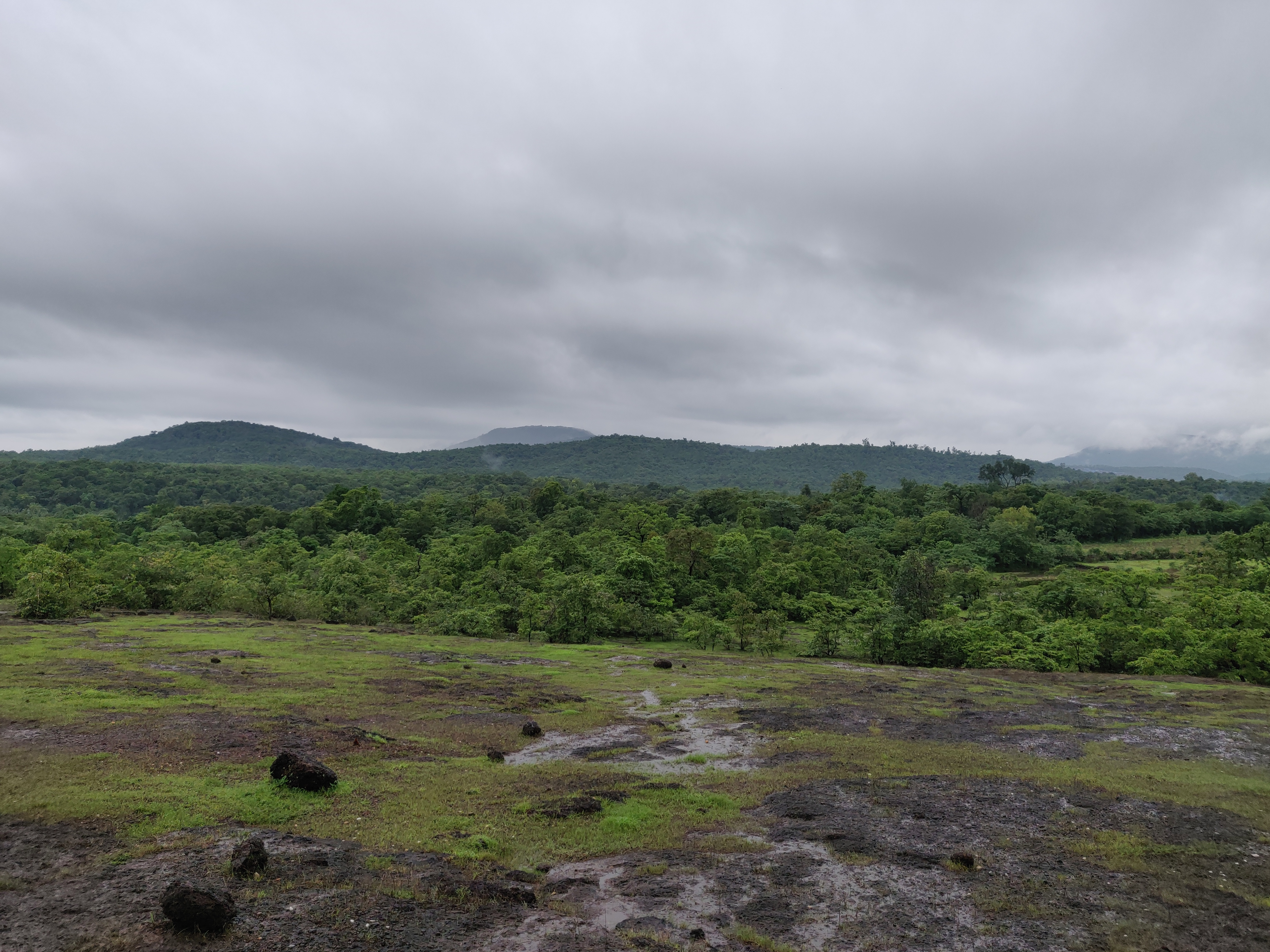 Photo: Omkar Dharwadkar
This biodiversity-rich rainforest region in the Western Ghats is under threat from not one, but three linear infrastructure projects – the four-laning of National Highway 4A, construction of a 400 KV transmission line, and the double tracking of the railway line from Castlerock village, Karnataka to Vasco, Goa. All these projects will inevitably cause irreparable habitat fragmentation, leading to increased human-animal conflict, soil erosion and direct impact on wildlife. Conservationists have been opposing the project, and are calling for a cumulative Environmental Impact Assessment (EIA) to be conducted.

Damage: 250.3 ha. of rainforests with an expected 37,000 trees to be cut down.
Current status: On June 2, 2020, the Central Empowered Committee (CEC) of the Supreme Court has issued a notice to the NBWL, state government and wildlife board, and is investigating the legal violations behind these clearances; they have a 30-day period to respond. 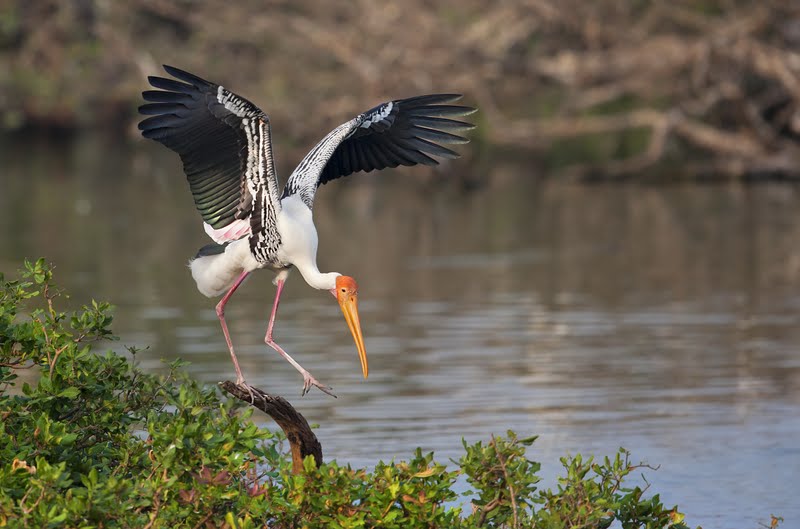 One of the oldest bird sanctuaries in India with a visiting population of more than 40,000 breeding birds on average every year, Vedanthangal comprises a 30 ha. lake surrounded by a five kilometre radius catchment zone, covered with over 80 interconnected lakes, where agriculture is permitted. In March 2020, the Tamil Nadu state government cleared a proposal to reduce the five kilometre radius around the lake to three kilometres, resulting in a 60 per cent reduction of the sanctuary area,
in order to ‘legalise’ the pharmaceutical companies that currently operate within, in a gross violation of the Wildlife Protection Act, 1972. Sun Pharmaceuticals Industries Limited, located a mere 3.72 km. from the lake, has been polluting the waterbodies in the region with untreated effluents from its factory at great harm to surrounding communities. The denotification will allow more such harmful industries to invade the fragile region, and disrupt the centuries-old relationship between the farmers and birds.

Damage: Reduction in Protected Area size, and chemical pollution of surface and groundwater by pharmaceutical industries, affecting people and birds.
Current Status: The National Board for Wildlife (NBWL) is yet to give final clearance to the proposal. Following massive digital and media campaigns, the National Green Tribunal (NGT) has ordered a probe into Sun Pharmaceuticals illegal operations.

Situated in the Nilgiris district, this project proposes the construction of two reservoirs – an upper and lower – on a tributary of the Kundah river, and connecting these by a tunnel to pump water from the lower to the upper for electricity generation. If constructed, the project will submerge the agricultural lands of over 15 villages, and displace wildlife in the Mukurthi National Park (located five kilometres away) and the Mudumalai-Mukurthi Tiger Corridor. Furthermore, construction of tunnels and power stations (to connect existing reservoirs to the new ones) had begun in 2012, even before an EIA or getting clearances; these structures fall in a known landslide-prone zone. These projects threaten to affect the natural hydrology of the region, and fragment important elephant corridors between Silent Valley NP and Coimbatore Forest divisions.

Damage: 315 ha. of reserve forests and agriculture lands to be submerged
Current Status: Construction work has already begun, though it is as yet unclear if requisite permits have been obtained. No public hearing has been carried out. Locals and conservationists are protesting the project, and urging transparency in the project. 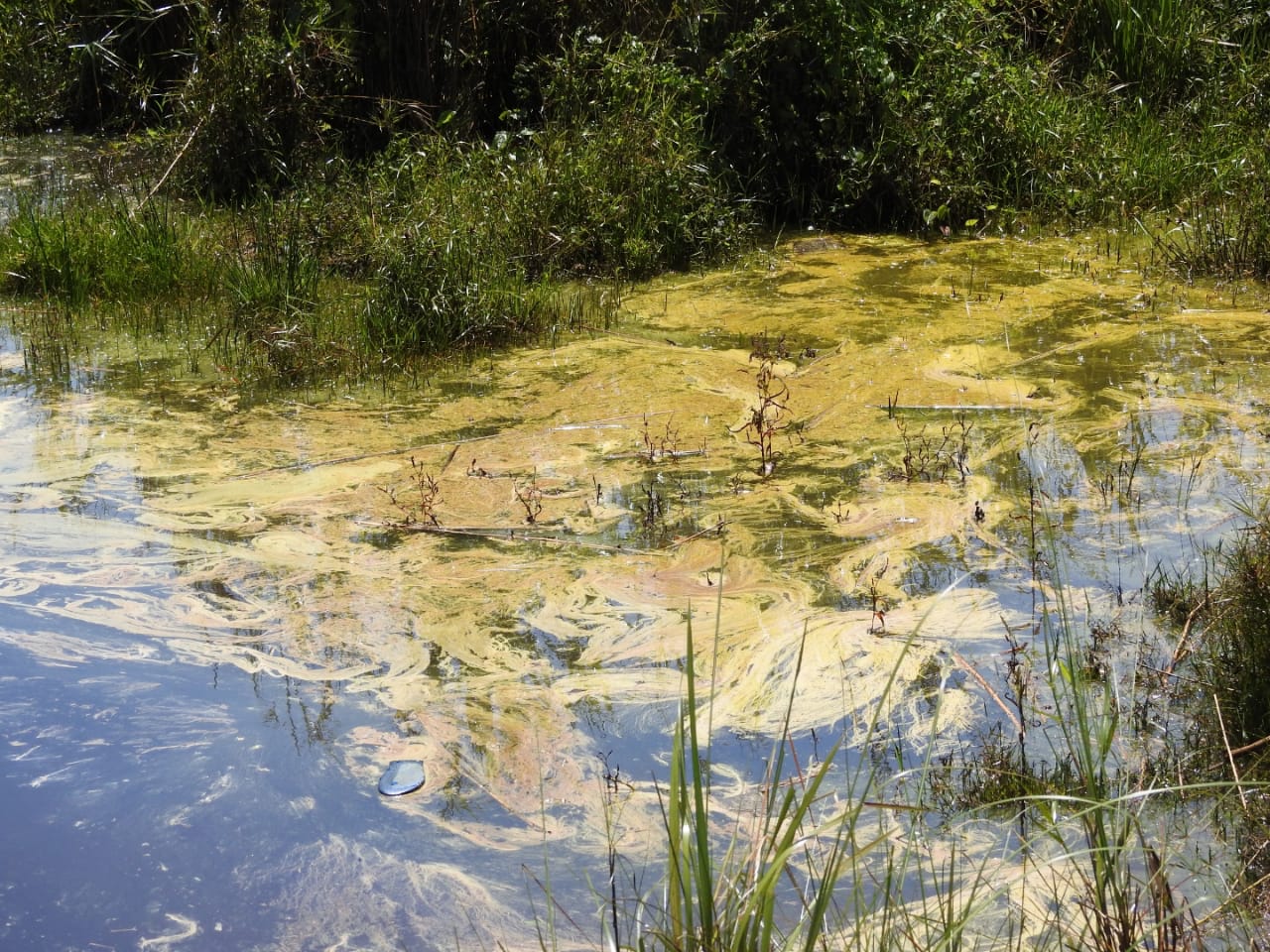 On May 27, a massive oil blowout occurred in Baghjan (Tinsukia district) at an Oil India Ltd. (OIL) factory. Around a week later, the blowout caught fire, leading to largescale water contamination in the nearby Maguri Motapung beel (wetland) and the Dibru-Saikhowa National Park (DSNP), damaging wildlife and vegetation. Two people were killed and over 3,000 people displaced. On July 22, there was another explosion in the oil well, injuring eight people including foreign experts working on cleaning the mess. Just a few weeks before the first blowout, on May 11, the MoEFCC granted clearance to OIL for extension drilling and testing at seven other locations inside DSNP. Three more OIL extraction proposals are being considered for clearance in the same region – in Tinsukia, Dibrugarh, and Dhemaji.

Damage: Potential for more accidental oil blowouts.
Current Status: While the NGT has set up a committee to inspect the blowout site, and ordered OIL to compensate the affected families, there have been no indicative measures to revoke the clearances given to OIL for further oil drilling in the region.

A controversial new underground pumped storage project is proposed in the biodiverse tropical evergreen forests of the Western Ghats. The Sharavathi river already has seven dams and five tunnels across its length, supplying 40 per cent of hydropower in the state. The project will endanger Sharavathi valley and its diverse species of flora and fauna. This is also one of the remaining few habitats of the endemic lion-tailed macaque, eight groups of which are currently residing very near to the proposed site. Experts highlight how the previous hydropower projects on the river submerged large parcels of pristine forests, displaced people and fragmented wildlife habitat; analysts furtherpoint out that the project will “consume about 24 per cent more energy from the grid than it can generate in a year”, raising questions as to whether the project is worth the massive monetary and ecological costs.

Damage: Diversion of 360 ha. of virgin forests, not including additional area required for transmission lines.
Current status: The NBWL has given approval to conduct a geotechnical survey to analyse the feasibility of the project. 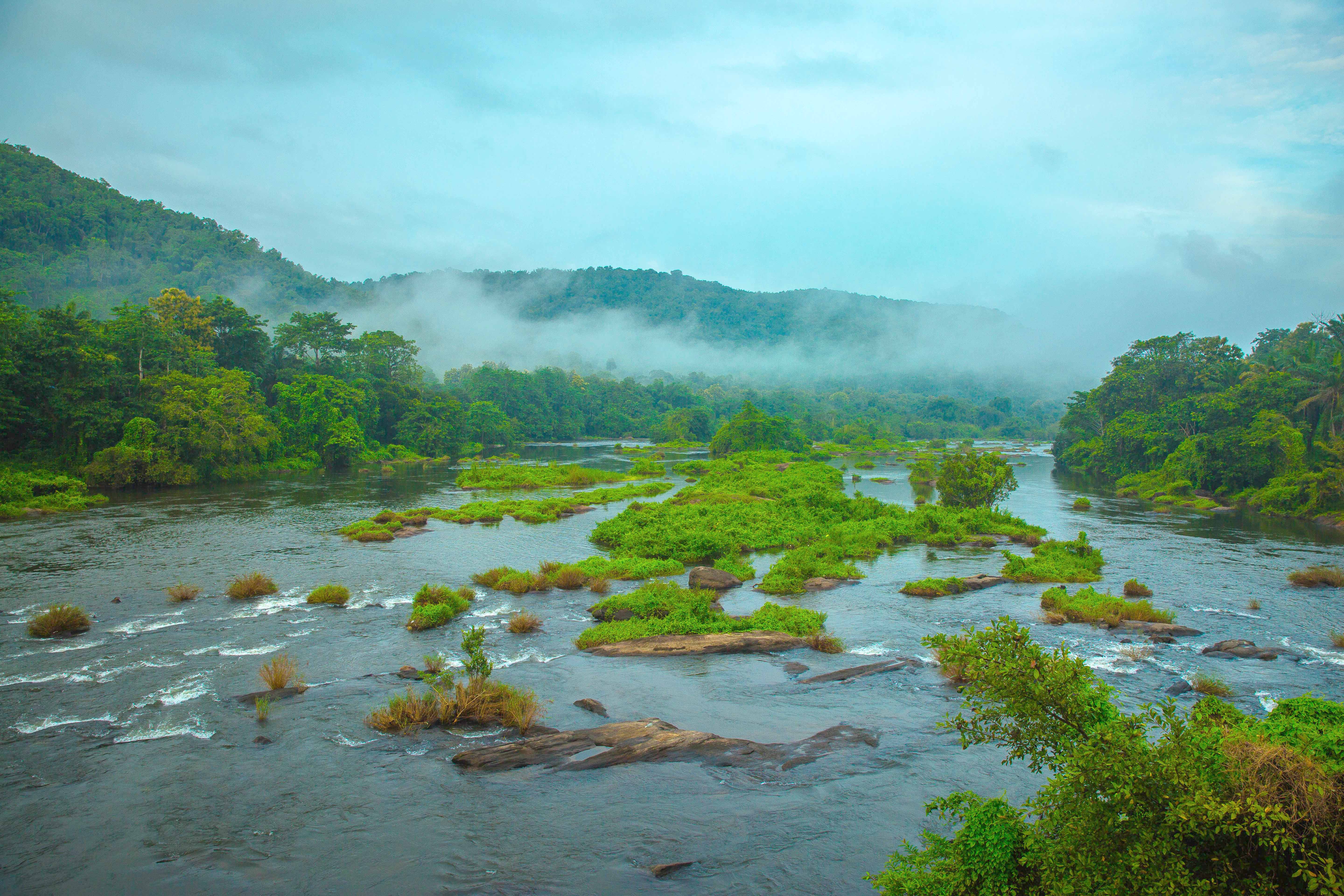 In the second week of June 2020, the Kerala government cleared the proposal to build a seventh dam along the Chalakudy river’s 145 km. course, thus pronouncing a death sentence to the wildlife of the Athirappilly-Vazhachal region, the popular Athirappilly falls which are just a few kilometres downstream, and the livelihoods of thousands of Kadar tribals. The project, which has been cleared and revoked multiple times since its proposal in 1982, was cleared again despite not getting approval from the resident tribal communities, in violation of the Forest Rights Act, 2006. The project is also expected to increase the region’s vulnerability to floods, and greatly harm this biodiversity hotspot. A report by the Western Ghats Ecology Expert Panel (WGEEP) mentioned the project is “futile as per environmental, technical and economic grounds”, claiming insufficient water in the river to generate required power.

Damage: 138.7 ha. of forests that is critical for wildlife movement, including 104.4 ha. forest area that will be submerged.
Current Status: The Kerala Government has granted a No-Objection Certificate (NOC) to the Kerala State Electricity Board to apply for clearances.
join the conversation