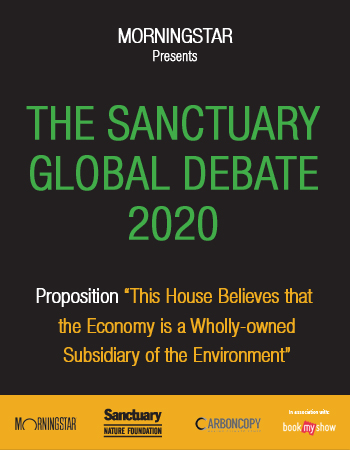 Every year, Sanctuary Nature Foundation organises an “Oxford Union-style" debate, between some of the most erudite speakers, all focused on the tri-junction between economics, biodiversity, climate change and health.

This year, the debate moves online with six eminent speakers from different fields joining us for the debate on the topic:

“This House Believes That the Economy Is a Wholly-owned Subsidiary of the Environment.”

The Sanctuary Global Debate will be videotaped and eventually form part of an archive available to the public. You can watch past Sanctuary debates here.

A member of the Indian Administrative Service, IAS (Kerala Cadre: 1980 batch), Kant has been a key driver of the ‘Make in India’, ‘Startup India’, ‘Incredible India’ and ‘God’s Own Country’ initiatives. He was also the National Project Director of the Rural Tourism Project of UNDP. In his capacity as Secretary (Industries) Govt. of India, he drove the Ease of Doing Business initiative and ranking of States on outcome parameters. He has received many awards and fellowships including –  Economic Time Policy Change Agent of the Year Award, the Bloomberg TV Personality of the year Award, Golden Peacock Award for leadership in Economic Transformation 2017, the NDTV Administrator of the year Award, and the Sir Edmund Hillary Fellowship. He is the author of Branding India – An Incredible Story.

Speakers For the Motion: 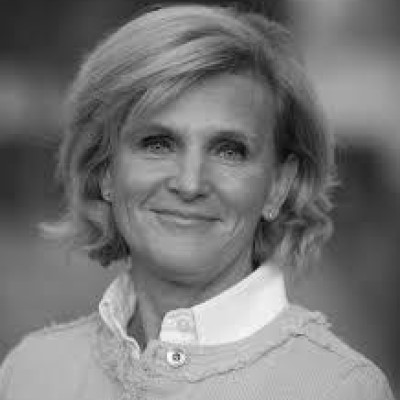 Dr. Maria Neira has been working for the WHO since 1993, first as the Coordinator of the Global Task Force on Cholera Control and then the Director of the Department of Control, Prevention and Eradication. Before joining WHO, she obtained extensive field experience working for five years in Africa as Public Health Adviser in the Ministry of Health in Mozambique and in Kigali, Rwanda, where she served as UN Public Health Advisor/Physician for the United Nations Development Programme (UNDP). 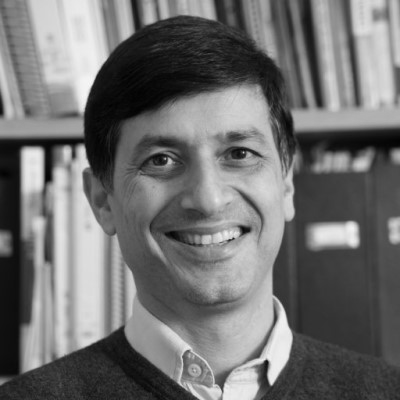 Navroz has been actively engaged in the climate debate as a scholar, policy adviser and activist for 25 years. He was instrumental in establishing the global Climate Action Network in 1990, and has since written widely about climate politics, policy and governance. He is currently a Coordinating Lead Author for the Intergovernmental Panel on Climate Change (Sixth Assessment), advises the UNEP Emissions Gap Report Steering Committee, and has been a member of the Scientific Advisory Group of the UN Climate Action Summit. 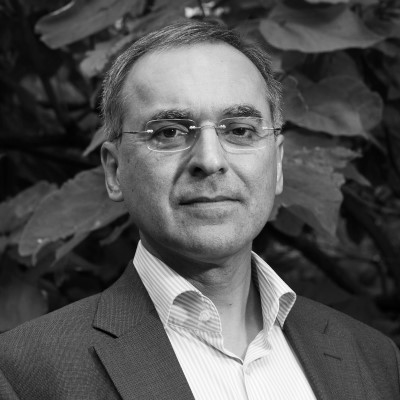 A physicist by education, a banker by training, and an environmental economist by passion, Pavan Sukhdev is a sustainability thought leader. He delivered TEEB’s Interim Report (2008) for UNEP whilst still working full time as a MD of Global Markets Division, Deutsche Bank. Pavan was awarded the McCluskey Fellowship (2011) by Yale Universityand has served on the boards of several conservation and research NGOs – including Conservation International, the Global Reporting Initiative and the Stockholm Resilience Centre.

Speakers Against The Motion: 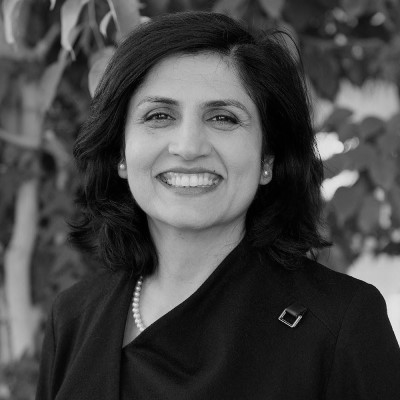 Dr. Jyotsna Puri is the lead author of the paper Climate and Money: Dealing with ‘Impact Washing’ and a case for Climate Impact Bonds that will be published in the Global Handbook of Impact Investing in December 2020. Jo is adjunct associate professor at the School of International and Public Affairs at Columbia University, New York and Research Fellow at the Center for Evaluation and Development (C4ED), University of Mannheim, Germany and member of the International Steering Committee of the Water, Land and Ecosystem partnership of the CGIAR system. In 2020, she was recognised by the Global Landscapes Forum as one of 16 women global leaders leading the work on restoring the earth. 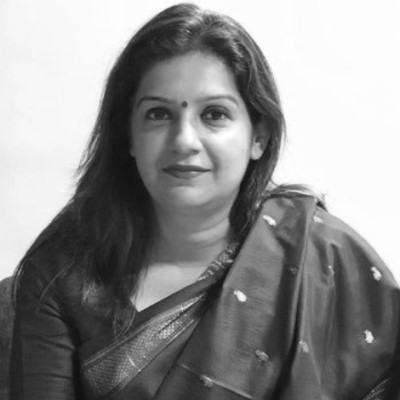 Prior to this, she was a member and one of the National Spokespersons of the Indian National Congress. She has also been a columnist for Tehelka, Daily News and Analysis and Firstpost. As a trustee of two NGOs, she works to promote children’s education, women’s empowerment and health. She also runs a book review blog which is amongst the top 10 web blogs on books in India. 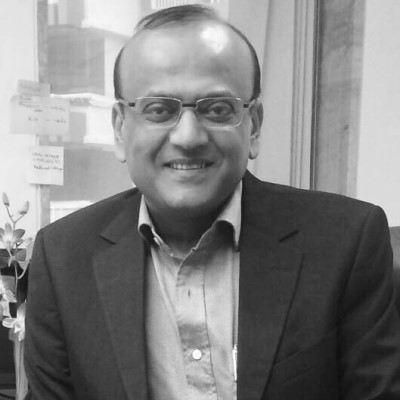 A media leader and influencer, Rohit Bansal is an alum of Harvard Business School and St. Stephen’s College, and is a multiple TEDx speaker and a Distinguished Fellow at the Observer Research Foundation. He serves on the National Executive of the Federation of Indian Chambers of Commerce & Industry and co-chairs the e-commerce committee. He is on three national committees of CII. His expertise is at the intersection of Government and Regulation, Media/Social Media, Reputation, Strategy, Alliances, and Legal Affairs.

Thank you for registering!