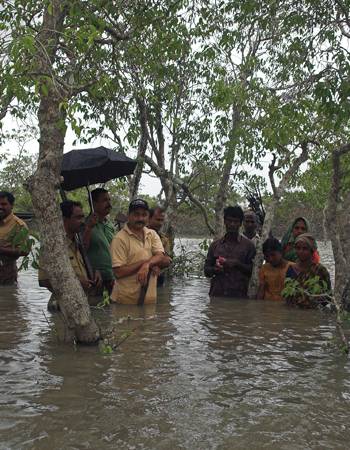 Sundarbans Protection Team, West Bengal The largest delta in the world, the Sundarbans is a hostile land and patrolling it is a Herculean task. But the Sundarbans Tiger Reserve Protection Team, led by their Field Director Pradeep Vyas, has displayed creativity, determination and courage and has brought uncompromising dedication to the task on hand. Their dream is to see a day when the tiger and all species that share its world are truly safe. The Park was beset by problems that threatened both humans and tigers till as recently as 2000, but now human-animal conflict is at its lowest ever. The Team’s strategy was to create a physical and psychological barrier between man and tiger, while making villagers less dependent on the forest. The physical barrier took the shape of a 50-km. nylon netting erected at all flash points where forest and village interface. Not only did tiger straying come down dramatically, but humans began to think twice before jumping over the net into the tiger’s domain. And if a cat did wander too close to a village, immobilisation teams would deal with them promptly, capturing and then releasing them far from habitations. Such efforts won the trust of fringe human populations who began to cooperate with the department. Floating check posts, and protection camps, plus fair weather camps along strategic points on coastal areas kept small fishing boats and miscreants away from virgin forests, especially the core zone. And many villagers were employed to man such camps to supplement the forest staff. Villagers who used to collect honey from the deep forest were provided with bee boxes. Now the bees come to them, and man and tiger keep away from each other. None of this was done ex parte. Villagers were invited to endless discussions where forest officers explained their purpose and sought help to reduce human-tiger problems, even as livelihoods outside the Park were facilitated. Attitudes changed. A Protection Monitoring Protocol was established to patrol the forest, record tiger movements and register fishing violations. This department could now take spot decisions, reward good performance and institute exemplary punishment for offences.

Such uncompromising defence has brought conflicts down by 80 per cent and has left the staff free to patrol the core zone where unauthorised entry is down by 90 per cent. Through 14 eco-development and 11 forest protection committees, villagers now help to protect ‘their’ forest and visitors confirm that tiger sightings have risen. So too have tourism revenues, with a landmark 25 per cent set aside for the village committees. Staff morale is up. From a situation of confrontation, the department staff and surrounding communities have moved to cooperation. Such synergy is good for people and the Park, which is much better patrolled today than ever before. Vyas and his team believe that such practical solutions implemented in conjunction with modern technology to monitor the ecological processes of the Sundarbans will result in a secure, long-term future for the royal Bengal tiger in its mangrove kingdom. 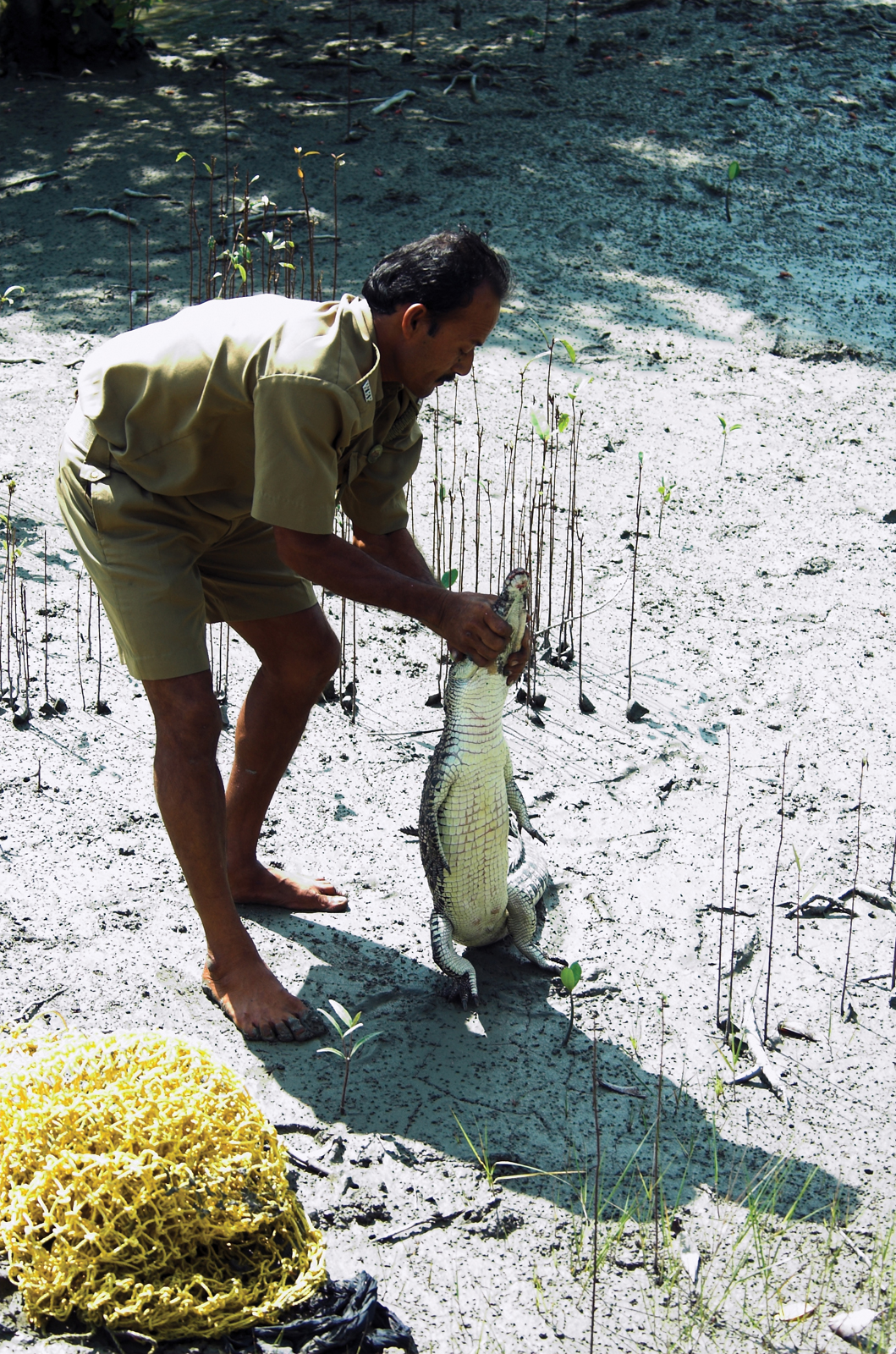