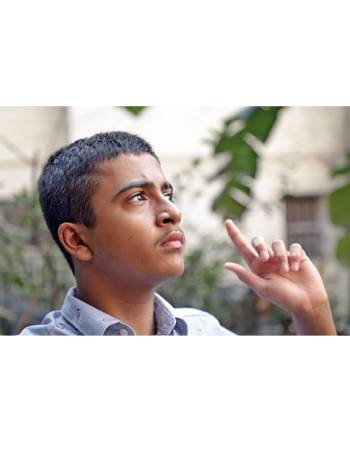 Maitreya Sukumar started young. His love of birds began when he was four. Today, 11 years later, this young naturalist has astounded ornithologists and naturalists alike. His passion, expertise, dedication and determination are beyond inspirational.

Non-birders, his parents were hesitant at first, but soon realised that his fascination for birds was visceral, prompting them to support his deep dive into the world of birds.

Predictably, young Maitreya wound up with Delhi Bird, an informal group that included inveterate birders as Bikram Grewal, Wing Commander Sethi, Nikhil Devasar, Asad  Rahmani, Paella Rasmussen, Ben King and Anand Arya. He sponged knowledge off them and soon began to send out a reverse flow of observations and insights. Ramki Sreenivasan and Shashank Dalvi became sources of reinforcement for the young lad who finds himself transfixed by both behaviour and taxonomy of mammals, amphibians and reptiles. Celebrated children’s book author Deepak Dalal, was so taken up with this young prodigy that he named one of his characters Maitreya!

A conservationist by conviction, he has raised money for the Hornbill Nest Adoption Programme at Pakke run by the Nature Conservation Foundation, mapped the birds of Jabarkhet, in Uttarakhand, for WWF-India (and
added four new birds to their list). A voracious reader he devours the writings of Rachel Carson and E.O. Wilson and is currently poring through Berne Heinrich.

To date Maitreya has personally identified 850 out of the over 2,000 bird species to be found on the Indian subcontinent. And he is still just a Class X student at the Shri Ram School, Moulsari, New Delhi. We at Sanctuary believe he is a generation-next green warrior, the kind that gives us hope for the future.