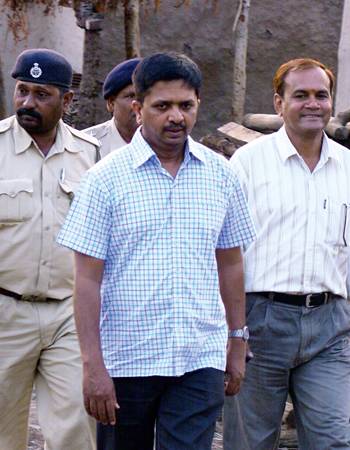 Srinivasa Reddy, A born leader and driver of change, Srinivasa Reddy has dedicated his life to the pursuit of a wildlife conservation ethic that guarantees a good quality of human life without sacrificing our wilds. Known for his passion for and knowledge of the management and policy of conservation, many may find it hard to believe that Reddy started off as an M.Tech. in Computer Science and Technology from the Indian Institute of Technology, New Delhi. Unable to deny the call to action that our degraded forests were crying out for, he chose to spend an additional three years to train for the Indian Forest Service at the Indira Gandhi National Forest Academy from 1994 to 1997.

He then put this training to good use, earning the respect and admiration of colleagues and conservationists in the process. He has served in various capacities to protect the wildlife around Chandrapur, Nandurbar, Ahmednagar and Melghat. He has also become one of the architects of the renewed drive to consolidate the Nagzira-Navegon landscape and is currently the Field Director of the Pench Tiger Reserve. In every capacity, his quiet perseverance and dignity has worked miracles for wildlife.

Aware that relocation of villages is a sensitive issue, he worked with local communities, and by making them the architects of the move, he managed to successfully oversee the relocation of Amona, Nagartas and Barukheda villages from Wan Sanctuary in the Melghat Tiger Reserve, repeating this success in Navegaon National Park, where villagers had been demanding to be relocated for three decades. Reddy’s wildlife knowledge and experience is matched by his sensitivity to people, a quality that is critical to the wildlife conservation movement of tomorrow.