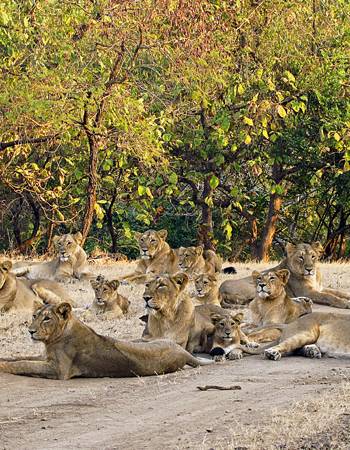 Gir Forest National Park Gir is one of India’s oldest national parks, and it is thanks to this wilderness that the Asiatic lion was returned from the brink and thrives today. In the process, uncounted endangered and rare plant and animal species have flourished, on account of continuous, coordinated and scientific management by the Gujarat Forest Department. What is particularly admirable is the fact that sensible attitudes all round have enabled a pastoral society to accept that wild lions and their co-inhabitants are an acceptable, even essential part of their lives. This despite the fact that pastoral communities have had to face greater and greater crop and livestock losses with every passing day, because the numbers of both herbivores and carnivores has risen dramatically.

How has this happy circumstance come to be? Because unlike many other national parks and sanctuaries, in Gir, protection trumps all other priorities for the management and staff. Predictably, lion populations have risen dramatically and the cats now occupy new territories far beyond Gir’s boundary. Their range has been extended from the original 1,450 sq. km. to over 10,000 sq. km. today, incorporating six satellitic populations in as many as five districts, namely Junagadh, Gir Somnath, Amreli, Bhavnagar and Rajkot. This pro-active outward spread of lions automatically led to the next vital management imperative – treating the Protected Area as part of the larger landscape. 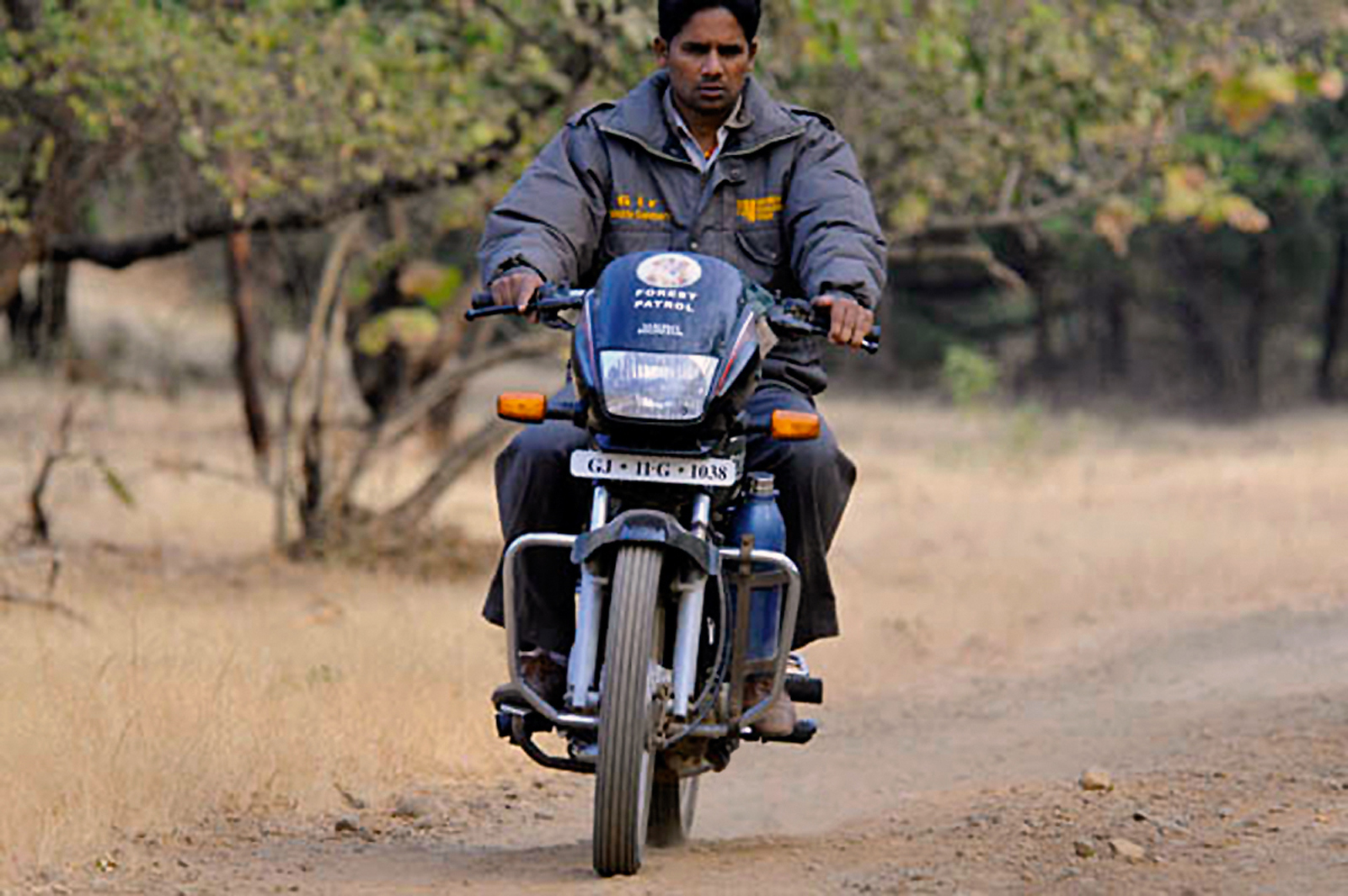 Aware of the potential man-animal conflict, animal rescue teams have been placed at strategic locations that enable them to reach conflict zones in quick time. By winning the confidence and support of local communities, as many as 600 animal rescues were undertaken in the past year, often with the active help of villagers.

Additionally parapet walls have been constructed around an astounding 19,000 unsafe wells way beyond the Gir National Park, to prevent wild animals from falling into them and drowning. The Lion Task Force, which includes all-terrain vehicles and intensive foot-patrols, has received very significant training and equipment for protection from the Wildlife Conservation Trust. All this goes hand in hand with nature education that reaches villages around Gir and Gujarat’s larger towns and cities. As many as 300 Vanyaprani Mitras (Friends of Wildlife) have been appointed by the wildlife authorities and they now help monitor lion and ungulate movement around Gir with help from community members.

Tourists are looked upon as partners and ambassadors and local communities genuinely profit from tourism. The park authorities are carefully monitoring tourism to ensure that it is ecologically and socio-culturally sustainable. Staff morale is high and even their families are offered dignified, comfortable housing and hostel facilities. Trained officials routinely hold workshops and orientation courses for field staff, guides and volunteers.

The Government of India and the Gujarat Forest Department both look upon the Biodiversity Conservation and Rural Livelihood Improvement Project (BCRLIP) as a learning centre that offers opportunities to individuals to learn to live with wild species and a great deal of reliance is placed on scientific research. More than just protecting lions, what the Gir National Park and the administrative and political system in the geography occupied by the lions have demonstrated is that regenerating landscapes and expanding populations of wild species can help to improve peoples lives, even as revitalised ecosystems help us to sequester and store carbon and moderate our climate.

For this, we honour the Gujarat Forest Department, led by its Chief Wildlife Warden and his team.