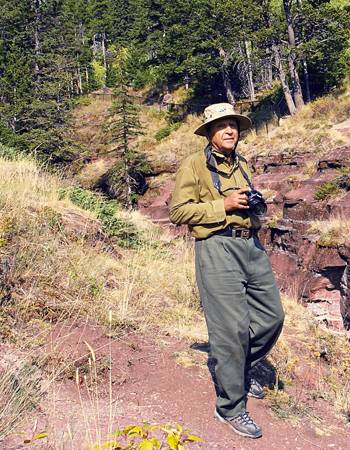 M.K. Ranjitsinh If India’s conservation community had to name a superhero, surely the man of steel would be M.K. Ranjitsinh. For over half a century, this cultured visionary has walked India’s wilds, drafted ground-breaking policies, catalysed action for lesser-known endangered species and initiated pioneering conservation projects.

A scion of the erstwhile royal family of Wankaner in Saurashtra, Gujarat, Ranjitsinh was recruited into the Indian Administrative Service in 1961. The rest, as they say, is history. As Collector of Mandla, he was responsible for the initial efforts to save the central Indian race of critically endangered barasingha deer Rucervus duvaucelii. At the same time, he facilitated the first-ever translocation of a village outside a national park, thus paving the way for future rehabilitations. As Deputy Secretary, Forests and Wildlife of the Government of India, he drafted the Wildlife (Protection) Act of 1972, a piece of legislation that is, till date, the saving grace for India’s wildlife. He was the first Director of Wildlife Preservation of India under this Act, and developed schemes to provide financial assistance to states from the Central Government to establish national parks and sanctuaries. Later, as the Member Secretary of the task force that formulated Project Tiger, one of the world’s most successful conservation projects, he helped identify India’s first tiger reserves.

M.K. Ranjitsinh is as daunting in the boardroom as he is in the field, and it was his relentless efforts that led to a ban on the export of snake skins, crocodile skins and furs from the country. Equally enamored by all wild animals, he also launched successful captive breeding and release programmes for all three species of Indian crocodilians. Then, from 1975 to 1980, this one-man army served as the Nature Conservation Adviser in the Bangkok Regional Office of the United Nations Environmental Programme and rendered invaluable services to countries of the Asia-Pacific Region. On his return to India, he oversaw the notification of as many as eight national parks and 11 sanctuaries. He went on to extend the boundaries of three other national parks in Madhya Pradesh, during his tenure as Forest Secretary of the state.

Ranjitsinh is further credited with the crucial amendments to the Wildlife (Protection) Act, 1972 that placed a complete ban on the trade of wildlife species in India. He also established Project Snow Leopard, and drafted the first guidelines on wildlife tourism in the country. His appointments, past and present, are quite literally too numerous to list, but most notably he chaired the Standing Committee of the Convention on International Trade in Endangered Species (CITES), was the Director of the Ganga Project, a member of the National Board for Wildlife, the Director and Regional Coordinator of WWF-India and currently Chairs the Board of Trustees of the Wildlife Trust of India (WTI). M.K. Ranjitsinh is an institution unto himself. Without his imprint, India’s wildlife conservation track record would have been considerably poorer.