Into the Wild: a Lockdown Adventure

To me, my grandparents’ house is like a dreamland. I feel lucky to have been able to escape here for lockdown. Unlike Nagpur, there is peace, quiet, and more species of trees than I can count – mango, teak, Indian bael, chikoo, coconut, guava, lime, bamboo, false Ashoka…

This March, an unexpected thing happened. All schools and offices were abruptly hut and a lockdown was declared, when the COVID-19 pandemic spread to India. We  were asked to stay at home indefinitely, and so my parents began to work from home. After a few weeks, we grew bored in our Nagpur apartment and decided it would be best to leave the city. We packed our bags and off we went, to my grandparents’ home at Yavatmal town, about 150 km. southwest of Nagpur.

My grandparents home is filled with greenery. There are lots of flowering and other kinds of plants. Naturally, the presence of such biodiverse flora means that there are many species of fauna as well. Monkeys loved the fruit-laden trees, always eager to snatch a ripe mango or chikoo.

Bats darted quietly through the air at night, always immediately well camouflaged when they sat still on a tree. They weren’t very big, but they looked handsome! A big toad seemed to have comfortably made its home in our garden, and we were happy  to host it. An oriental garden lizard with a bright orange torso and a black patch on its neck crept up a bael tree. We found out that it was mating season, and it was looking for a female. I was startled when I once even saw a gecko eat a smaller gecko! How unusual… 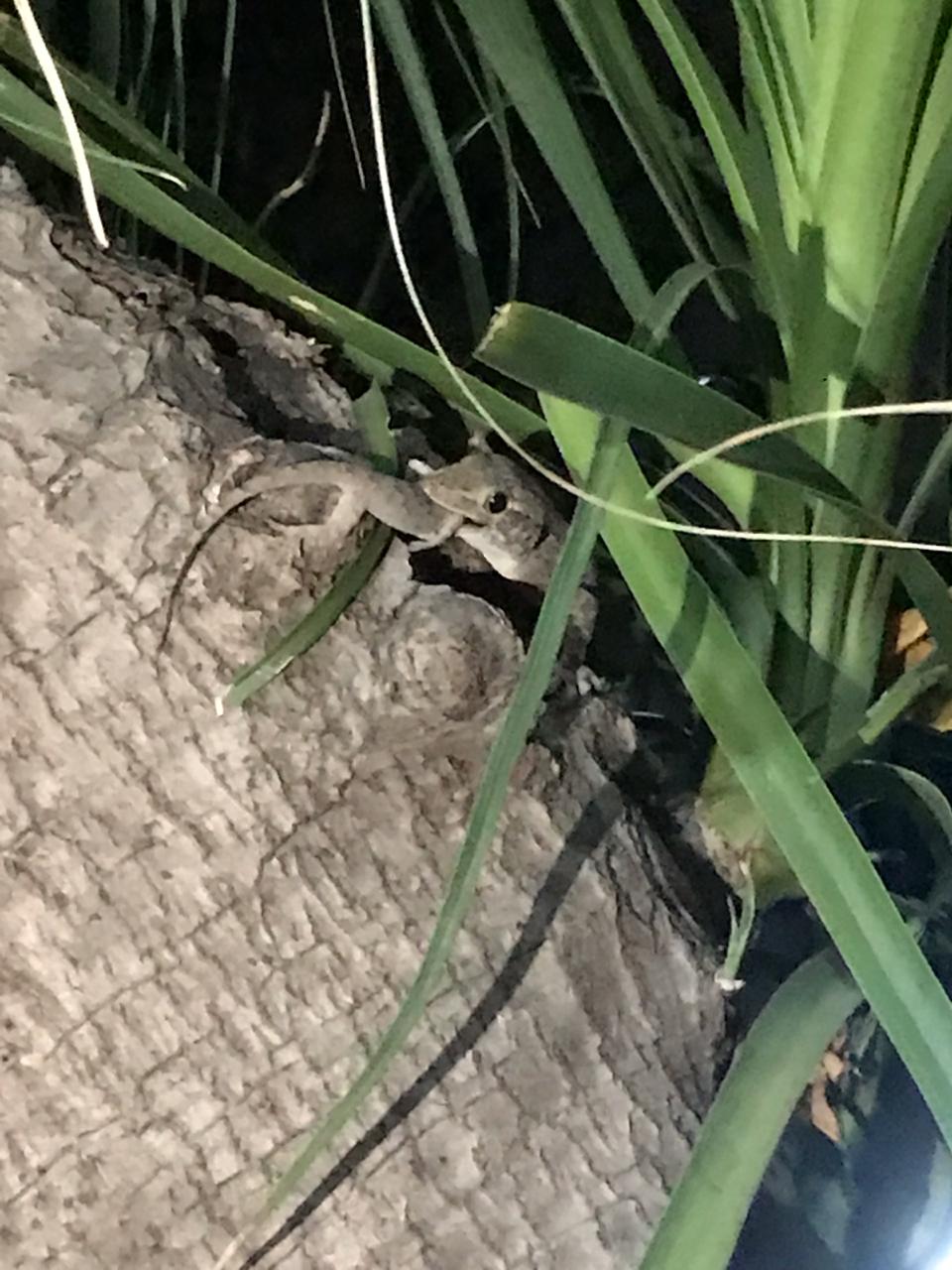 One day, my grandfather came across a small snake with yellow bands across its slim body. It was a common wolf snake, which is non-venomous and is actually often found near human habitations, especially old houses with lots of crevices or where there may be heaps of rubble for it to hide in.

We spotted many birds just around the house. We constantly heard the calls of bulbuls, koels, parakeets and many others we weren’t sure of. One time, we saw an unknown bird taking dips in a puddle – we did a little bit of digging and came to know that it was an Oriental Magpie Robin! A few days later, we stumbled upon a nest of Redvented Bulbuls on a small, dense tree, in which we were amazed to see two tiny chicks and an egg! The mother had abandoned the nest due to a fight with a bigger bird, and so unfortunately, all the three chicks died. Such is the wild! 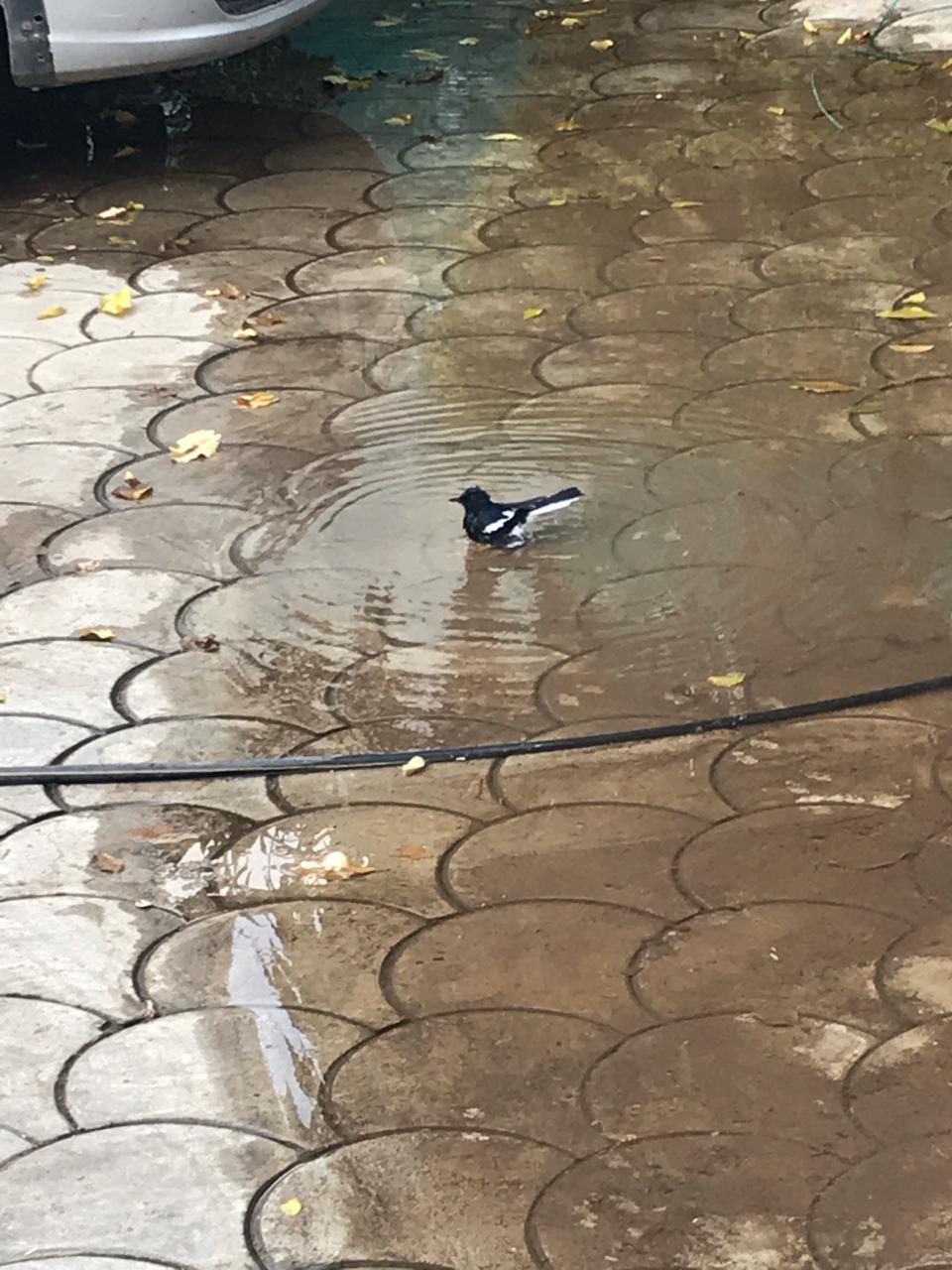 Butterflies and bees were present in abundance. We saw many species of butterflies in the garden – they occurred in different, vibrant colours. We made a puddling station for them, a small basin-like structure where they can lap up mineral-rich mud. More began to visit after that! A little bit of exploring revealed five enormous beehives, all within 200 m. of our house. We saw the bees on the same tree, which had the abandoned nest of the Red-vented Bulbuls. There were many other kinds of insects there too. Dragonflies buzzed around every patch of vegetation.

In addition to all the wonderful nonstop activity there was to observe in the wild, we also had lots of fun with our two pet dogs, a German Shepherd named Max and a Pug named Buzo. I enjoyed feeding them, taking them on long walks and giving them a bath. We spent two hot months of summer in Yavatmal before the rains finally arrived! Monsoons always encourage more wildlife to venture out of their hiding spots. So in the middle of an initially disheartening lockdown, I got to explore and learn so much about the forest and its wild inhabitants. It makes me sad that they are threatened by climate change and deforestation, but seeing this tiny piece of land flourish so much gave me hope! 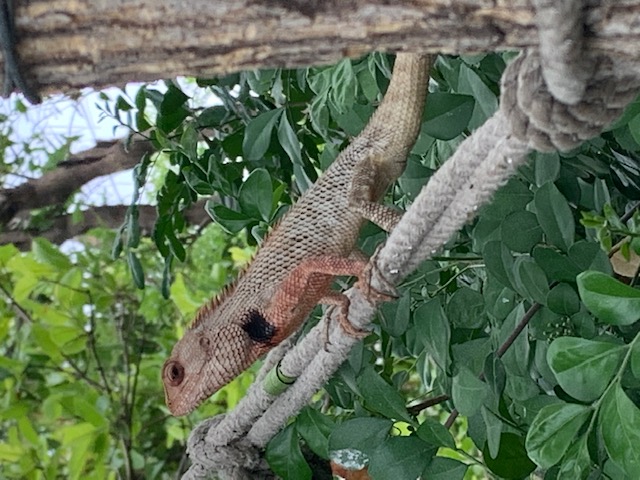 Dhruv Mor is a Grade 4 student at Centre Point School, Nagpur. He loves nature and hopes to become a wildlife conservationist when he grows up.