Over Whatsapp messages and phone conversations with forest guard Bhera Ram Bishnoi, wildlife filmmaker Gunjan Menon bears witness to the discovery of three leopard cubs in Rajasthan’s Rajsamand district. While India remains under lockdown in an effort to contain the COVID-19 pandemic, frontline staff across the country continue to patrol and protect our wilds. 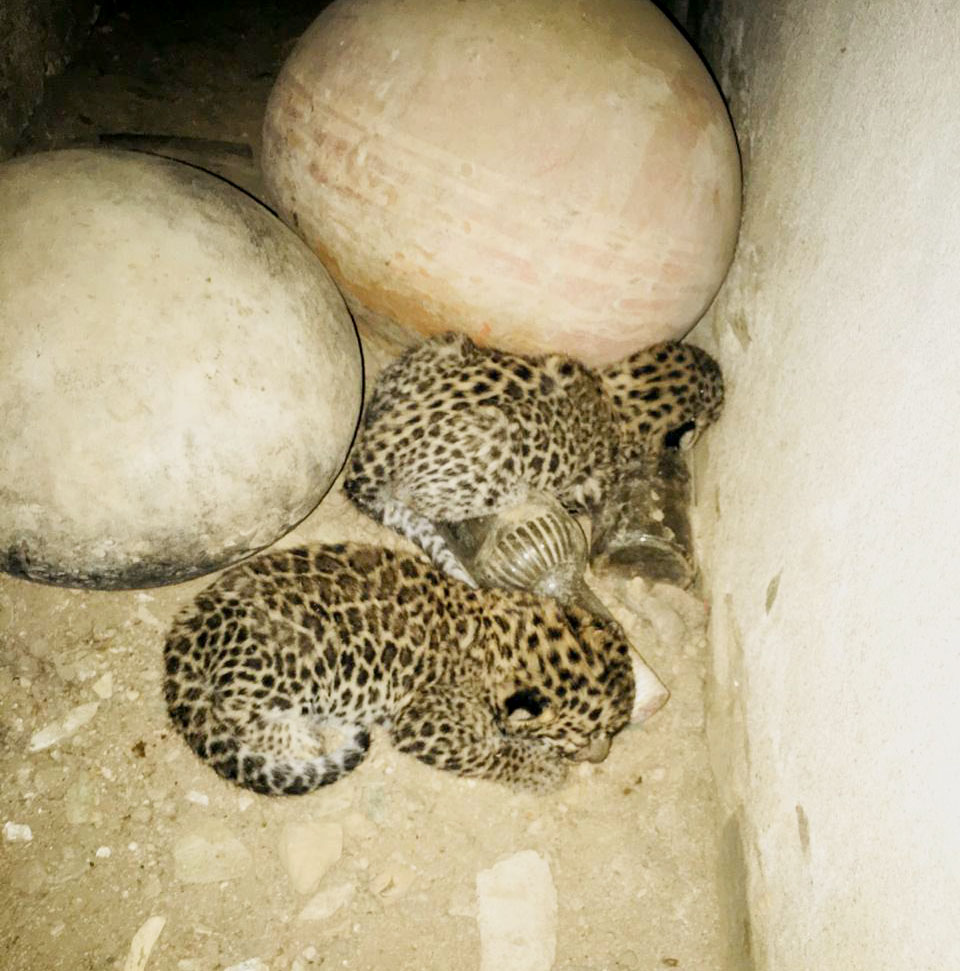 The three leopard cubs that were spotted in the village of Tantol Nathdwara. Photo: Bhera Ram Bishnoi

Mother leopards often leave their cubs in a secure location when they go out to hunt. Too often these cubs are discovered, presumed to have been abandoned and then condemned to a life in captivity by well-meaning members of local communities and Forest Departments.

“Zoo mein nahin jaaney dunga,” ( I won’t let them land up in a zoo) Bheru tells me as he rushes to the spot.

In Tantol, Bheru finds the leopard cubs exhausted from being used as photo props by excited onlookers for half the day. Even as they pose for selfies, the onlookers express concern for the safety of their community. They ask that the cubs be removed from the village immediately. Bheru clears the area, assures the crowd that he has a plan, and requests their patience.

As the crowd disperses, Bheru notes the absence of forested areas in the vicinity and marvels at the adaptability of leopards. He resolves to give the cubs a fighting chance to return to the wild by reuniting them with their mother. The Forest Department team settles down at a fair distance from the cubs and begins their vigil. By late evening there is still no sign of the leopardess. The cubs are growing weaker and the community is beginning to agitate. Bheru and his team recalibrate their strategy. What if the mother is nearby but too wary of humans to come and get her cubs? He moves his team further away, and in their place sets up two camera traps.

At 8:46 pm that night, Bheru’s camera traps are triggered! He watches with delight as a beautiful female leopard enters the abandoned house. Two minutes later she emerges with a cub carefully cradled in her jaws, and disappears into the darkness. She does not return for the other two cubs that night.

April 14, 2020
In the morning hours of April 14th, Bheru becomes concerned that the leopardess has not returned. He bottlefeeds the two mewling cubs, and shows the previous night’s footage to the village community. Giving them evidence of the magic of leaving Nature alone.
The day passes in a hot, uneventful blur, but that night the mother returns for a second cub! The Forest Department’s intervention and the community’s patience has saved two endangered lives.

Bheru camps at the site for a third night. But the leopardess doesn’t return. The last cub cries pitifully, alone and undoubtedly craving warmth and nourishment from its mother.

He feeds the infant feline and ponders its mother’s absence. “Perhaps she made a kill last night to be able to produce more milk for her cubs, and feels this place is safe enough for the last cub to spend another night by itself,” he says. 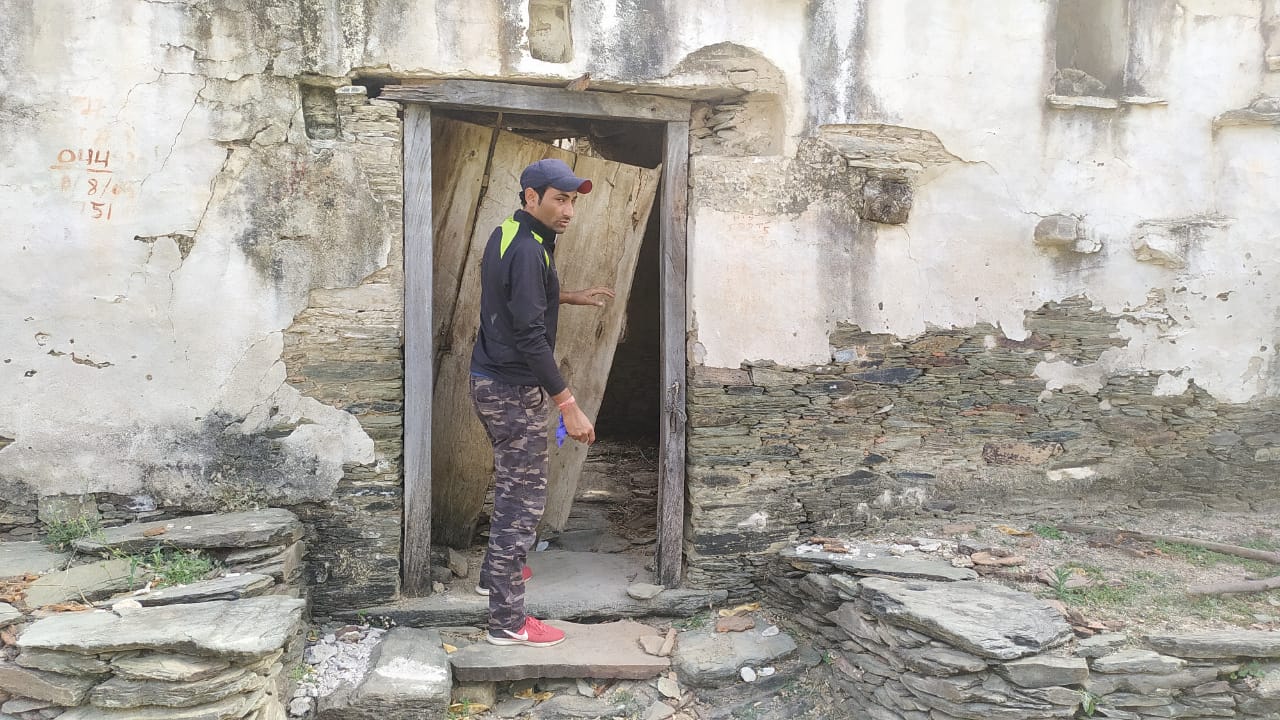 On Cubs, Communities and Co-existence
It is April 16, 2020. The leopardess still hasn’t returned for her last cub, and Bheru’s hopes of a reunion are fading. Still, he is happy that at least two of the cubs are with their mother, and that he has captured footage of her. “ We’ve reunited cubs before but people usually don’t believe us. They think the Forest Department takes the cubs away. This time we were able to show the community that the mother came back for her babies. Many people were able to empathise and appreciate the importance of reuniting this wild family.”

The story doesn’t have a perfect ending, but reuniting two of three cubs with their mother is no small achievement. Bheru’s faith in nature and sharp decision making didn’t only save the lives of these leopard cubs, but also brought some understanding of the situation to the local community.  The third cub is still in the abandoned house, waiting for its mother to return. And as it waits, so does Bheru and so do we. 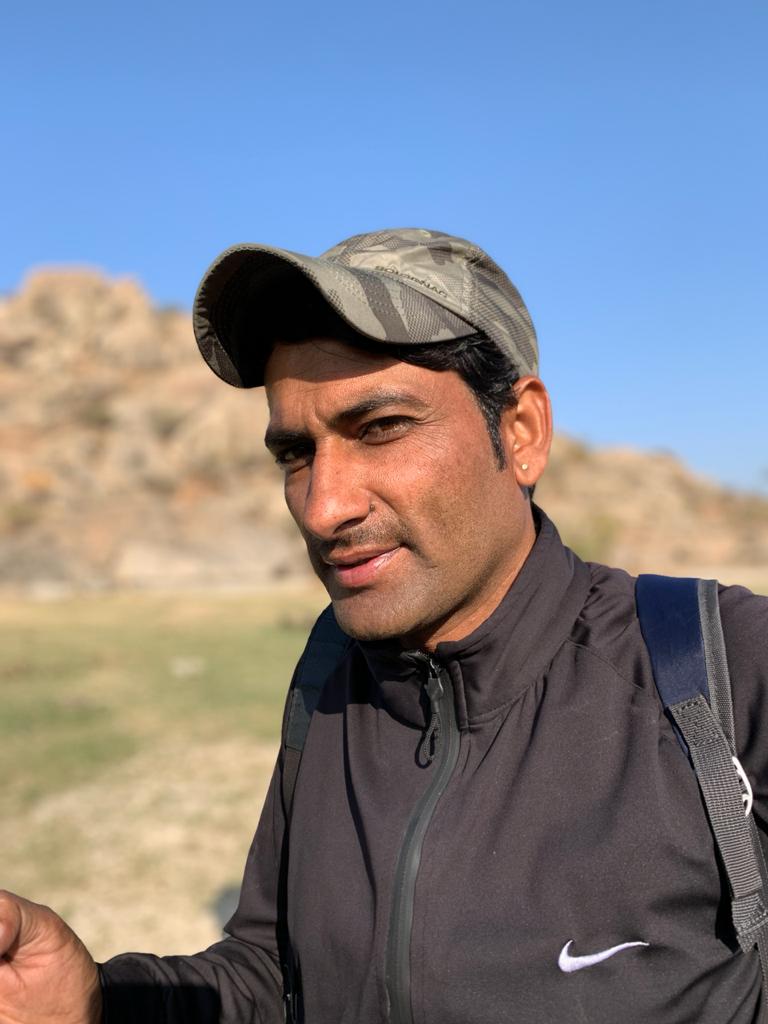 Photo: Gunjan Menon
Bhera Ram Bishnoi
A forest guard posted in Rajasthan’s Kumbalgarh Wildlife Sanctuary, Bheru is a self-taught photographer. He uses camera traps to monitor the wildlife in his area and hopes to deploy his technical skills to revolutionise nature protection in the state. You can follow Bheru on Instagram @bheru_bishnoi.

Compiled by Gunjan Menon, and edited by Cara Tejpal.

A wildlife filmmaker and conservation communicator, Gunjan aims to bridge the gap between science and society through her visual storytelling. Cara leads conservation initiatives for the Sanctuary Nature Foundation.