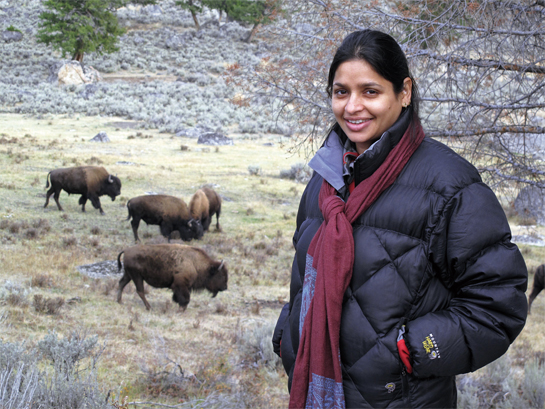 She had already become a powerful agent of change for Indias conservation movement, but fate took, wildlife biologist Archana Bali from us far too early. Nandini Velho reminisces poignantly on the ephemeral life of a friend and colleague.

Her sweetheart fiancée, mother and brother were close to the military checkpoint in Arunachal Pradesh when they realised that without an Inner Line Permit to drive up the Sela Pass road to Tawang, they would have to turn back. A flurry of e-mails and calls were made to make it happen - this was a trip that was a tribute as much as a journey - a trip to all the places their beloved, Archana, had wanted to work in and visit. Arunachal Pradesh, where I work, was one of the places she had dreamed of - both for its natural beauty and the opportunity, she always said, “of a good roadside chai". So often she would talk excitedly about having her own chai stand one day where shed provide people with not just the best chai in India but also great advice on local wildlife conservation.

There were so many places and so much more to Archana's life and enthusiasm for nature and conservation. It is thus inevitable that this article traces her selfless charisma, love and the fun she brought to wildlife conservation and to her peers through the years. She was part of the first MSc. batch (2004-2006), or “brood" as she liked to call it, in wildlife biology and conservation from the Wildlife Conservation Society and National Centre for Biological Sciences, where I got to know her as my immediate senior. Apart from imitating the hooting calls of gibbons and engaging in marathon arguments with Dr. Anindya Sinha during the philosophy of science classes - Archana was central to enlivening the campus with her extra-curricular activities and making wildlifers integral to the broader discipline of biology.

Although formally enrolled to do her MSc., her passion for wildlife biology pre-dated this and started when she was much younger. In class 10, she enrolled in her first nature club, and after her first five-day nature camp, she was hooked, never losing her child-like enthusiasm for science education and communication. Soon after, she became a founder member of the Green Hearts Nature Club, Bhopal, where she worked actively on nature education in schools, colleges and in the Van Vihar National Park. Her MSc. work was to understand the scope for large mammal conservation in privately-owned coffee plantations around the Bhadra Wildlife Sanctuary in Karnataka. Her research combined ecological and social science along with analysis of policies and law. Archanas field experiences were diverse and included sampling of mammals during the day and at night, scat collections, enumerating plants and speaking to plantation owners, workers, forest managers and local non-governmental organisations that worked around Bhadra.

Few people take science to practical conservation as it requires great commitment, but Archana was one of those few. The admiration she won from D.V. Girish - the hands-on conservation practitioner and adviser to the Wildlife Conservation Action Team (WildCat-C) of Chikmagalur was always hard-earned and seldom won by the rest of us. In fact, during her illness, he repeatedly tried to send her coffee from the plantations around Bhadra. Even back in 2007, her work on coffee and forests attracted wide interest during the previous year's Indian International Coffee Festival held in Bengaluru. She and her classmate Jignasu Dolia later presented their work titled ‘Private lands around Protected Areas - the role of coffee plantations in mammal and butterfly conservation in the Western Ghats, India to a wide global audience at the Society of Conservation Biology held in South Africa in 2007. This conference remains the largest global conference of conservation professionals and they were awarded the third place for their presentation.

Right from the first season of her Ph.D. fieldwork, Archana remained excited about new ideas in science and nature education. She decided to carry out a six-week film project in the tundra and in her own words the film “took over her life and took a life of its own". The groundwork for this film included writing a total of 2,483 e-mails/applications for permission, corresponding in multiple languages, a visual anthropology course and field training in sea-ice and snow. Undeterred by the challenges and the absence of a formal film background, she bagged the first runner up prize at the 4th Annual Fairbanks Film Festival for her documentary Voices of the Caribou People.

Her humility and depth of character was yet another aspect that made her unforgettable. Her environmental history teacher, Dr. Mahesh Rangarajan recalled that she would candidly and smilingly say she did not know a thing about a subject and then go on to master it. She joined the University of Alaska, Fairbanks, as the first Dr. George Schaller Fellow to study Inuit-caribou relationships in the context of climate change. At the international caribou meetings in Whitehorse, which was the last conference she attended, as one of the plenary speakers, Archana recounted how when she had started her Ph.D. six years earlier, her professors asked her whether she knew what caribou were like? Whether she knew that they were the only deer where males and females both grow antlers? With a gentle smile she responded that she didn't know much, but that she would go to the field and find out. Her solid body of work on the caribou and Inuit people will undoubtedly leave a lasting legacy for the region. One could see and hear this as Inuit people watched her videos in a special room at the Whitehorse conference, revelling in the stories of a few of their own recently lost loved ones. 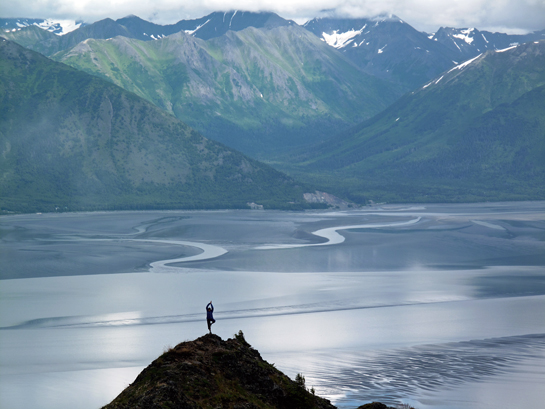 Archanas work spanned the plantations in Bhadra and the caribou and Inuit in Alaska and Canada, and is indicative of her expansive interest in wildlife conservation. She could not have looked forward to the adventure of life more. 2013 was the year she was meant to graduate with her Ph.D., marry her sweetheart Dr. Martin Robards (Arctic Beringia Program Director at Wildlife Conservation Society) and do so much more.

Unfortunately, just four days after the New Year, she was diagnosed with ovarian cancer while she was in India on winter holiday break. I remember that some of her classmates, her Masters supervisor Dr. Kartik Shanker and our course director Dr. Ajith Kumar travelled down to Chennai to be with her. The prognosis was not encouraging for the extremely malignant clear cell carcinoma. After Kartiks visit, he noted that hed gone to cheer her up, but came away with the overwhelming realisation that it was Archana who had been cheering him up.

She fought with supreme grace and spirit, despite knowing she had just about three months to live. Her treatment started at Columbia Hospital in New York and the one-thing on her to do-list before her first surgery was to be close to wildlife. So she and Martin went to the Bronx Zoo and spent time with the snow leopards from Pakistan and Mongolia, Amur tiger cubs from Russia, red pandas from Asia, and white rhinos from Africa. I remember writing letters to her from my field sites in Arunachal and she would often reassure us that she was already a cancer survivor because she had outlived the three-month prognosis. She revelled in the ecological geekiness of “extinction risk" and how this helped her understand her weekly chemotherapy treatments better. She took life by the horns in the precious moments that remained - biking, hiking, sledding, cooking, socialising, and despite weekly chemo, finding the strength and fortitude to enjoy nature in different continents. Martin fondly remembers Archana at a frail 30 kg., diligently following a pair of Nene geese or getting the perfect camera angle for a green turtle in Hawaii, smiling and pondering the ecological significance of these moments in magnificent detail. Even a few months before she passed away, Dr. Ullas Karanth remembers that she continued to be excited about new books and papers in ecology and conservation.

Through sickness and health, her idea of blue skies and sunny days were a deep yearning and love for nature. When Martin asked her once what they were going to do to celebrate a clean diagnosis - road side chai on the way to Tawang was the unhesitant answer. Unfortunately, they made that journey to Arunachal without Archana. A year and a half after being diagnosed, she passed away on September 8, 2014, surrounded by her family and in the arms of Martin, selflessly letting us know that shed miss us in her last breaths.

Although Archana Bali lost the battle to cancer, she never lost her smile as she maintained the upper hand for so long - more than anyone dreamt of. During her last few hours, her MSc. classmate Dr. Anish Andheria sang one of her favourite songs to her on the phone "Zara chehra toh dikhaao, aur thodasa muskurao (roughly translated to please show us your face and smile)." This song reverberates through our memories and our thoughts about losing Archana - thoughts that are deep and multi-faceted yet so tender and treasured. Thank you Archana Bali for making us more human, for all the smiles, the deep care and love for nature and people. As has been said, “You were the first of the best" and like you miss us, we miss you so dearly.