The Flaw in the Flu

It is a pleasant November afternoon, and I am in Nameri Tiger Reserve, watching a flock of Amur Falcons ‘milling’ over sandbanks along the Bharelli river. Their movements seem like a set of changing alphabets against the clear blue Assam sky. The birds, we presume, are migrating from China through India to their wintering grounds in South Africa, and every year they continue to do so in flocks of thousands. But unlike the usual manner in which the arrival of these migrant birds are ‘heralded’ by the media, this year they are being seen as vicious ‘outsiders’ carrying with them the phantom of death…

In the past month or so, the world has suddenly been whipped into a fear-frenzy over the ‘bird flu’ epidemic that could take on gargantuan proportions, and it has become almost mandatory to compare it to the 1918 pandemic that is said to have killed 18 million people worldwide. This fear has spread from ostrich farmers in South Africa to observers of wildfowl in British Columbia, and in India, major centres for migrant birds such as Kaziranga and Bharatpur, that were once seen as great oases for birdlife, have overnight become ‘red alert zones’ where people “may contract the virus from the visiting birds!”

But then how serious is this not-yet-occurred epidemic that we apparently need to be waging a war against? The most noticeable large-scale announcement on combating the ‘war on flu’ came from none other than George W. Bush, the President of the United States: “At this moment, there is no pandemic influenza in the United States or the world. But if history is our guide, there is reason to be concerned. In the last century, our country and the world have been hit by three influenza… The first, which struck in 1918, killed over half-a-million Americans and more than 20 million people across the globe...” Likewise, the British Government has publicly announced that more than 50,000 people are likely to die in Britain, but has ‘privately’ told the media (!) that it is preparing for up to 750,000 deaths. Irresponsible statements from health-care professionals have further fuelled the crisis, and ‘experts’ from the U.K. are saying that the British death toll could even reach two million!

The current media-churning of ‘breaking news’ continues unabated, while vital voices that do not fuel the fear are ignored. In the October 29th editorial of the British Medical Journal, a senior scientist wrote, “avian influenza viruses do not usually infect humans, and hence there was grave concern when 18 human cases of influenza caused by bird-to-human transmission of AH5N1 avian influenza occurred in Hong Kong in May 1997 with six deaths. Given the large number of infected chickens then in the Hong Kong markets, bird-to-human clinical infection was clearly rare. Public concern waned when culling of more than 1.5 million chickens halted the epidemic.” It is hard to believe that science is being abandoned, for how do they make the giant leap of faith that 60 deaths will translate to two million? But then not that hard when we realise that such statements succeed in converting society into a huge market of fear-filled, anti-bird flu drug consumers!

It may be interesting for readers to know President Bush went on to stress that “at this point, we do not have evidence that a pandemic is imminent... Even if the virus does eventually appear on our shores in birds, that does not mean people in our country will be infected. Avian flu is still primarily an animal disease. And as of now, unless people come into direct, sustained contact with infected birds, it is unlikely they will come down with avian flu.” But then what made the President call on the Congress to immediately pass a new US $ 7.1 billion in emergency funding to prepare for that not-so-imminent danger? That is when things start becoming suspicious. On October 28, 2005 the Senate passed an eight billion dollars emergency funding bill to address the growing avian flu panic. The World Bank has already proposed one billion dollars for the war against bird flu (of course, it spends much more than that to destroy the world’s wetlands upon which migratory fowl are largely dependant).

The only medicine, we are told, which reduces the symptoms of avian flu, is a branded drug called Tamiflu that features prominently among President Bush’s list of emergency measures. A purchase of 20 million doses of Tamiflu has already been made and the U.S. Congress is to appropriate another one billion dollars for this drug. What good news for the Swiss pharmaceutical giant Roche, which holds the sole license to manufacture Tamiflu. The drug was actually developed and patented in 1996 by a California-based biotech firm, Gilead Sciences Inc. It prefers to maintain a low profile in the current rush to Tamiflu, but this might be because of who is tied to Gilead. In 1997, before he became Pentagon chief, Donald Rumsfeld was named Chairman (research) of the Board of Gilead Sciences, where he remained until early 2001 when he became Defense Secretary. According to Fortune (October 31) Rumsfeld holds a Gilead stake valued at between five and 25 million dollars and the global rush to buy Tamiflu has amounted to a windfall of at least one million dollars for Rumsfeld. The Gilead board also includes Bechtel Corp. Director George Schultz. “I don’t know of any biotech company that’s so politically well-connected,” says analyst Andrew McDonald of Think Equity Partners in San Francisco.

Gilead now wants to regain control of the drug from Roche and accuses it of “not doing an adequate job in manufacturing and marketing,” while the latter denies this, saying “Tamiflu is hard to make and it would take another company three years to ‘get up to speed’ in producing the drug.” But what it is actually saying is that it does not want to share its profits with anyone else. Cipla, the Indian pharmaceutical firm, says it can start producing this drug by January and India, on its part, is taking initiatives that aim at the production of cheaper alternatives to Tamiflu. The World Bank, always an advocate on ‘policies’ for developing countries, has decided not to be part of the mission that is talking about licenses for the patent. Is this silence merely incidental?

Another danger that is emerging is that the current ‘war on flu’, as it is being portrayed, is dissolving all borders between the military and social institutions. The Bush administration claims to be referring to this as a ‘catastrophe’ in which the “Pentagon would be the only agency with enough strength to respond.” Behind all this lurks the fact that officials are rewriting the plan to designate “not just who cares for the sick but who will keep the country running amid the chaos,” said an influenza specialist who is advising the British government on those decisions.

Amongst the measures being taken in developing countries that could be potentially affected by bird flu is the culling of chickens. Close domestic proximity of fowl, pigs and people facilitates the transmission of the virus from animal or bird to man, a situation common in rural Asia. Recently, Margaret Say, Southeast Asian director for the U.S.A. Poultry and Egg Export Council, told Reuters that while some governments were working hard to fight the virus, others were “becoming a bit slack… We cannot control migratory birds but we can surely work hard to close down as many backyard farms as possible.” Why is the U.S. Poultry and Egg Export Council so keen on closing down farms? It may interest readers to know that Laurence Tiley of Cambridge University and Helen Sang of the Roslin Institute in Scotland are involved in developing ‘transgenic chickens’ that would involve genetic material inserted into eggs to allegedly make the chickens H5N1-resistant. This would mean opening up of new markets for GMOs. The dangers of genetic monopoly of food-products are known to everyone, and it will be the poor rural farmers and the developing Asian countries that will lose out… As far as the flu goes, we’re still waiting for Godot.

What Flu Over The Cuckoo’s Nest? 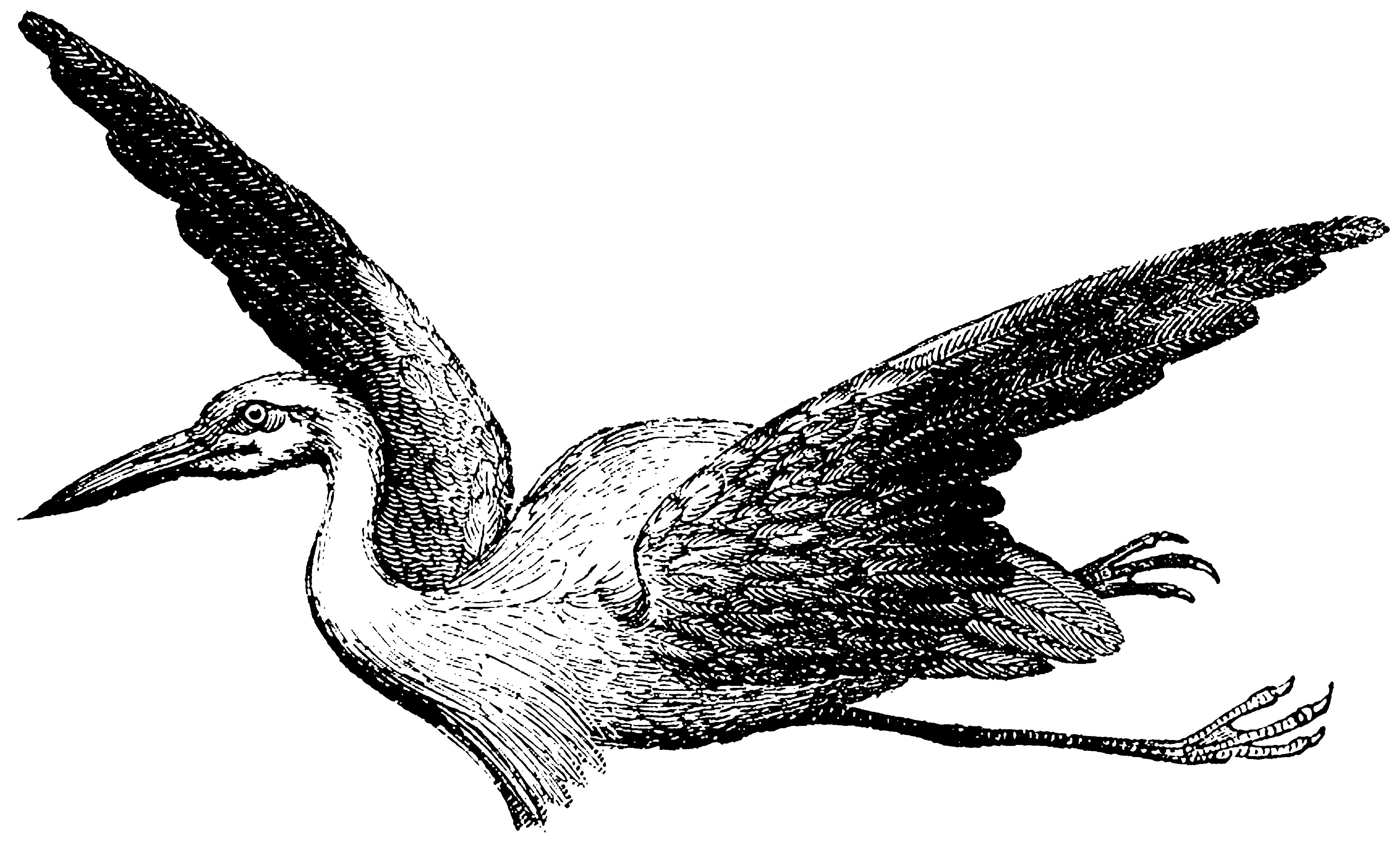 Avian influenza is a contagious disease affecting birds caused by type A strains of the influenza virus. Although 15 sub-types of the virus are known, the pathogenic outbreaks to date have been caused by sub-types H5 and H7. Avian influenza could manifest itself as a mild illness or a fatal and contagious epidemic. Migratory waterfowl are the most common carriers of the flu, while domestic poultry are the most susceptible to it.

It is difficult to develop vaccines against it because the virus is constantly ‘shifting’ and ‘drifting’ and a mild strain can mutate into a fatal one. ‘Drifting’ is when the imperfect replication of the virus alters its antigenic composition. ‘Shifting’ is when two differing sub-types exchange or rearrange genes and merge to become a completely different virus. If one of these has genes from a human strain of the influenza virus, the infection could rapidly affect humans as well. Shifting requires a ‘mixing vessel’ where both human and avian strains are present and can be reassembled. Pigs were considered to be the ‘vessels’ but recent research has shown that for some strains, humans themselves might be the ‘mixing vessels’. This is what triggered fears of an influenza pandemic. The sub-type H5N1 is of particular concern because it mutates rapidly and has a tendency to pick up genes from animal influenza strains.
join the conversation