The Battle For Tost's Snow Leopards

One morning in December 2009, we got an urgent call from the rarely-used satellite phone at our remote field research station in South Gobi, near Mongolias border with China. A snow leopard wearing a GPS collar had been found dead in the Tost Mountains, the site of our long-term study - in fact, the most comprehensive and long-term study on snow leopards being conducted anywhere in the world. It was shocking to hear the news. We knew it was Bayartai, the second of the 23 snow leopards we have so far collared as part of our study, which we had started in 2008. It was hard news to swallow, especially because we had known Bayartai for a long time. He had a name and he had character. We knew his daily activities through our satellite tracking system, so he was like a dear friend to us. We suspected that he may have been killed in response to a livestock attack. Such incidents are a big threat to the snow leopards survival. A few days later, an investigation revealed that a local herder had indeed shot Bayartai inside his livestock holding pen, in a desperate attempt to save his herd. 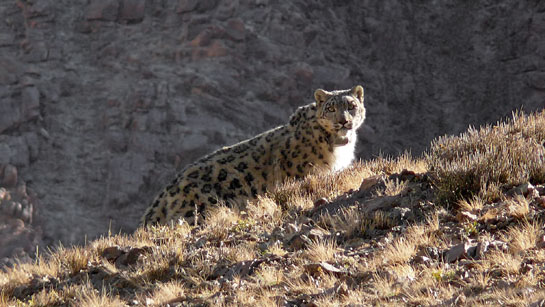 Soon after the incident, we travelled to the field to discuss with local people ways to prevent these kinds of incidents in the future. The herder who shot Bayartai did not do so out of greed or malice, but rather out of desperation, to protect his livelihood. To help herders like him bear livestock losses, we developed a community-driven livestock insurance programme that had previously been successfully implemented by our colleagues in India. This intervention could not bring Bayartai back - but it might help other snow leopards avoid a similar fate. 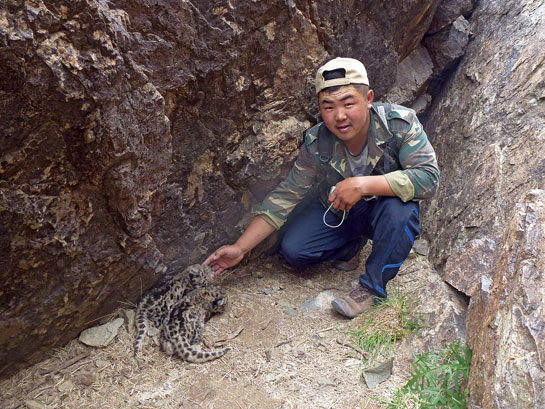 Not the only threat

While developing the programme, we learned that retaliatory killings were not the only threat we had to deal with: we discovered that almost the entire snow leopard habitat of Tost had been designated for large-scale mining! At this time, our research had yielded information that this particular area had a healthy, breeding population of snow leopards. It was also home to hundreds of local livestock herders, who for generations have depended on these pastures for their livelihood and culture. We needed to do something to protect this precious habitat.

Dealing with mining was a new experience for our small team. Luckily, in 2010, Sumbee, a brilliant young Mongolian researcher, joined us as research station manager and field biologist. His enthusiasm and passion for the snow leopard, but also for the people living alongside it, was inspiring - and his leadership would prove critical.

The local community of Tost understood how mining was not just threatening the snow leopard, but their entire way of life - and how protecting the ecosystem could protect their livelihoods, culture, and social systems. Through our previous work with them, we had been able to build trust, and now it was paying off. Herders and local government officials enthusiastically picked up the cause and took it forward. After months of joint effort by us, the local community, and the local government, the Mineral Resources Authority of Mongolia finally accepted the local governments application to declare the Tost Mountains a locally Protected Area in October 2010.

This still allowed mining companies to continue all ongoing activities within the area, but no new mining licenses would be issued at least for some time. A few companies who held mining licenses in Tost had already begun digging for minerals, but most had not. Some of their licenses were set to expire soon, so we were hopeful. However, while we were monitoring the licenses expiration dates, we noticed something strange: it looked like new licenses were popping up. What was happening was that the companies would illegally sell their expiring licenses to each other, which automatically extended their validity! This showed us that a local Protected Area status was not enough to save Tost. 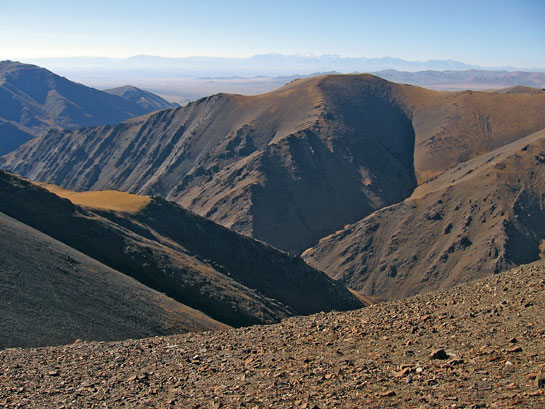 Rising up to new challenges

We would now have to convince the authorities to turn the area into a State Nature Reserve. This was the start of a very intensive journey. As soon as we started working on the task, we learned that every single step we took would be challenged. By law, we had to follow a step-by-step application process, moving through the Soum (county level), provincial and central governments, and finally, the Parliament of Mongolia. Each level required us to campaign and to meet and create awareness among decision makers. We organised media-awareness events with the involvement of local people, and pro-conservation media got on board in a national campaign. We eventually sent two separate applications through all the institutions - but they were both rejected by the central government, and not passed on to Parliament. We were told that the country was facing serious economic challenges that would not allow for Tost to become a Nature Reserve. It looked like our attempts to protect the area for good had failed.

In the middle of this exhausting effort, a tragedy befell our team. In November 2015, we lost our dear colleague Sumbee at the young age of 28. He was found dead under mysterious circumstances, and despite a long investigation, the cause of his death remains unclear to this day. However, his legacy of on-ground work to study and save snow leopards, monitor mining activities and raise awareness for the issue provided the foundation of our case to protect Tost. Fuelled by grief, we as a team, worked even harder to protect Tost. Sumbees passing triggered a social media storm, with people blaming mining interests responsible, and linking his death to his conservation work. The social outcry, and Sumbees dedication to conserve snow leopards, made us stronger and more determined than ever to continue to fight. There was no turning back now. While grieving for our friend, we got back to work. 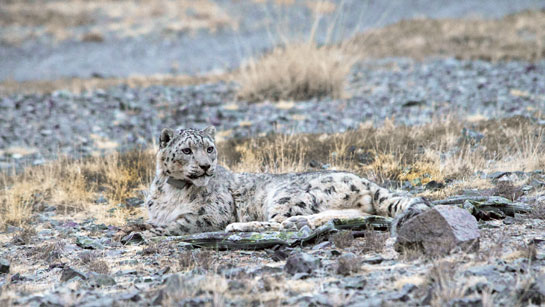 Once we learned that the Cabinet of Mongolia was not going to approve our application, we started working with like-minded individuals and Parliament members to propose the case directly to the Parliament of Mongolia, skipping the Cabinet procedure, and working through the law of Mongolian Protected Areas instead. Two women Parliament Members, Oyungerel Tsedevdamba and Erdenechimeg Luvsan, took up the case and developed a draft resolution to submit directly to a Parliament Meeting. While they were working in Parliament, we organised an even stronger nation-wide campaign with local peoples support and involvement. Thousands of letters were sent, petitions were signed, and nationwide media discussions followed. Finally, we were able to convince the President of Mongolia, Mr. Elbegdorj, to lend his voice to the cause. In December 2015, he convened a Presidential Civil Hall Meeting, which was a significant milestone for a
favourable decision.

All of this work and effort of course brought international attention and support. The Snow Leopard Network and Snow Leopard Trust had been supporting us in the process from the beginning, and now more international organisations got behind us to help highlight the significance of this globally important snow leopard habitat.

Finally, after six years of concerted struggle, on April 14, 2016, the Parliament of Mongolia approved the designation of Tost Mountain as a State Nature Reserve spread over 7430.58 sq. km., dedicated to snow leopards. It is the first official Protected Area specifically dedicated to snow leopards anywhere in the world. On March 17, 2017, the reserves official boundaries were identified and recognised by the Cabinet of Mongolia, finalising the creation of this new and important snow leopard stronghold.

Over the years, weve gotten to know many of Tosts snow leopards. We know that there is a healthy, stable population of about a dozen adult snow leopards in these mountains. It makes me happy and proud that their home is no longer threatened by mining. This would not have been possible without the immense effort made by local people to save their land and their wildlife. And it certainly would not have been possible without the incredible work Sumbee did during the time he was with us. 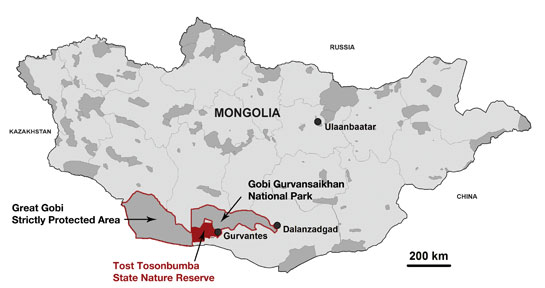 We may never learn why and how Sumbee really died. His loss is tragic to us and to conservation. But whatever the reasons behind his death may really have been, he did not die in vain. Instead, he leaves a wonderful legacy: a safe haven for the cats he loved.