•    The Etalin Hydro Electric Project will involve the destruction of over 2.7 lakh old-growth trees in the biodiverse forests of Arunachal Pradesh’s Dibang Valley.

•    The Dibang Valley lies in one of the 36 global biodiversity hotspots and is home to innumerable endangered species that are protected under Indian law.

•    There is consensus amongst scientists that the rise in zoonotic diseases such as the novel coronavirus is linked to biodiversity and forest destruction.

During a virtual meeting held on April 23, 2020, India’s Forest Advisory Committee (FAC) deliberated on granting forest clearance to the controversial Etalin Hydro Electric Project, but did not reach a decision. The project will involve the destruction of a minimum of 2,70,000 trees in the exceptionally biodiverse Dibang Valley, and has met with vociferous opposition from members of the public. On the day of the meeting, the FAC members were flooded with emails and messages from concerned citizens demanding that they reject the project.

The Dibang Valley is globally recognised for its rich biodiversity that has been protected and managed by the indigenous Idu Mishmi community for generations. Studies conducted by independent researchers as well as the Wildlife Institute of India have revealed the presence of healthy populations of genetically unique tigers and other Schedule I endangered species in these forests. Notably, it has been found that species richness and diversity is higher in the Valley’s threatened community-managed forests (also called Unclassed State Forests) than in the government notified Dibang Wildlife Sanctuary. The Dibang Valley also hosts six different colour variations of the Asian golden cat; which is the highest colour variation of any wild cat species in the world. 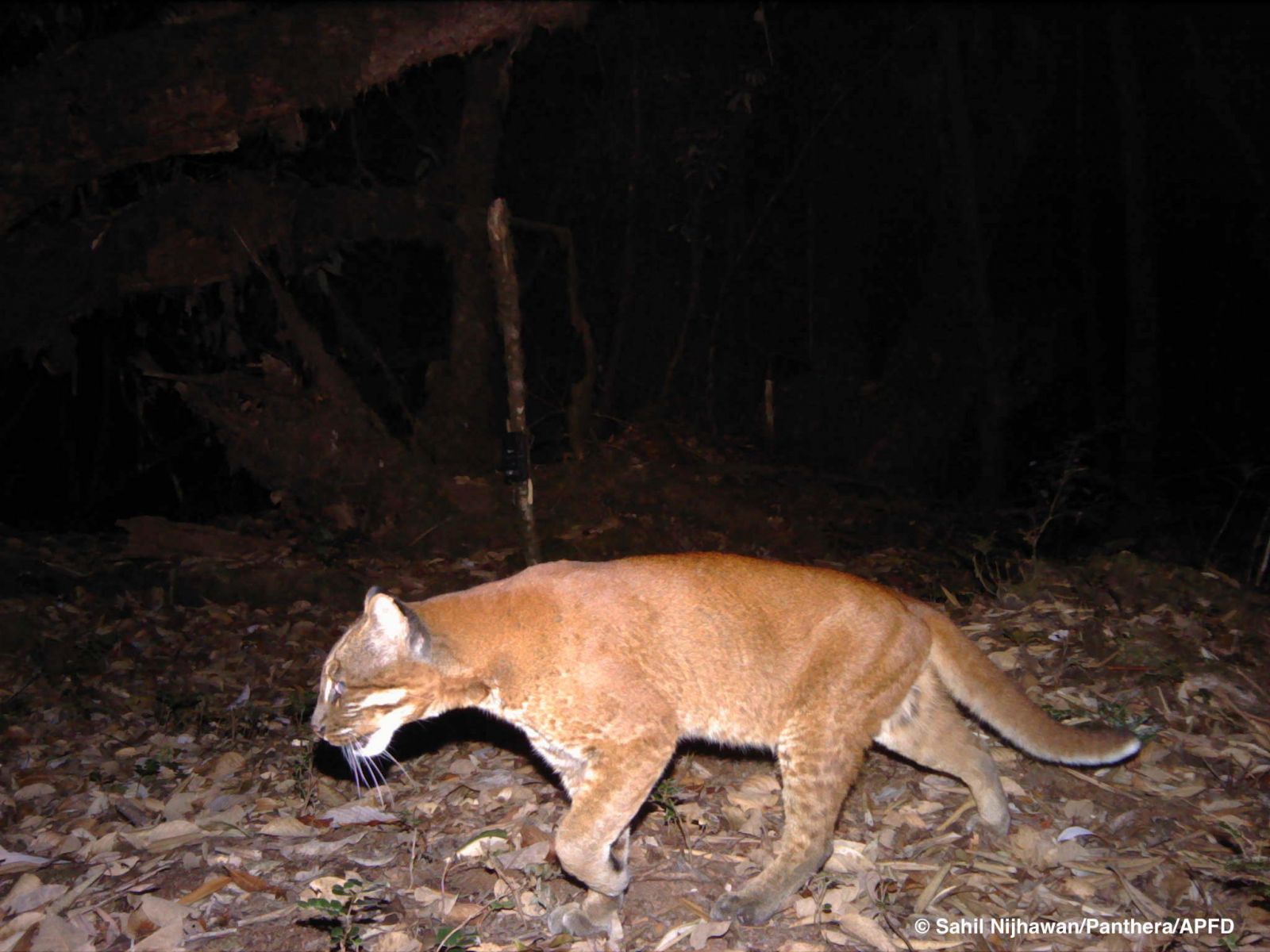 The Dibang Valley hosts the highest colour variation of any wild cat species in the world. Six different colour morphs of the Asian golden cat have been recorded here. Photo: Sahil Nijhawan/Panthera/APFD.

Scientists opposing the project have drawn attention to the absence of an assessment on the cumulative ecological impact of the multiple large hydro-power projects that have been planned on the Dibang river. The proposed 3097 MW Etalin Project and the approved 2880 MW Dibang Multipurpose Project have been planned on the same limb of the river and will together result in the destruction of a major chunk of the Dibang Valley.

However, it is not just the scientists who should be “worried over biodiversity”. The COVID-19 pandemic is a reminder of the true costs of large-scale destruction of primary tropical forests, which are some of the richest habitats on the planet.  The Environment Ministry in a communication to the Ministry of Corporate Affairs ratified this fact. In the letter to his counterpart, C.K. Mishra, Environment Secretary, wrote “there is a consensus among scientists that a rise in zoonotic diseases like Nippa, Avian Influenza, Zika and Coronavirus is linked to loss of biodiversity and forest”. 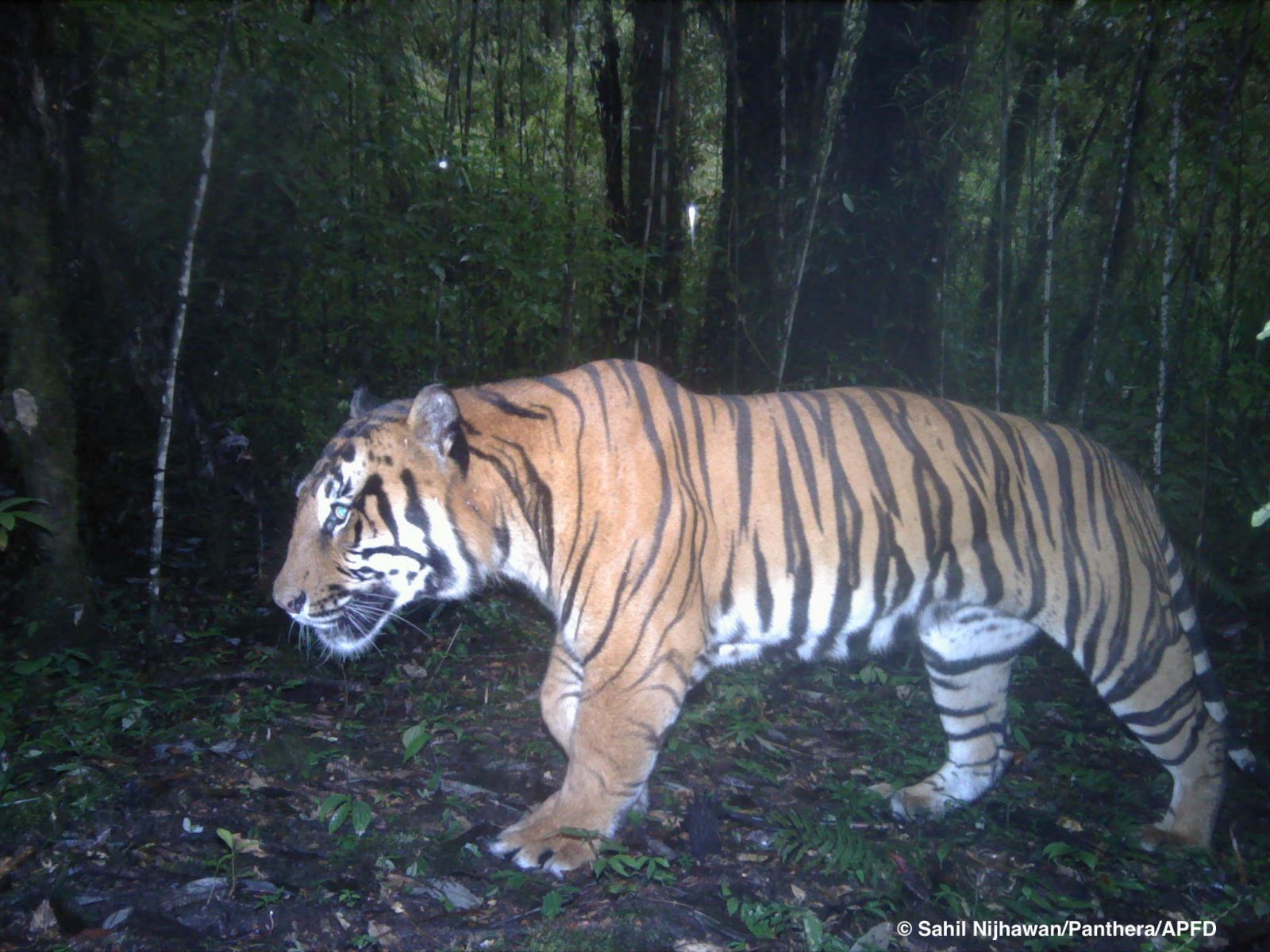 Studies have found that tiger density is higher in community-managed forests of the Dibang Valley than it is in the government-notified Dibang Wildlife Sanctuary. Photo: Sahil Nijhawan/Panthera/APFD.

India is a key signatory to a number of international pacts and treaties on the protection of natural resources such as the Global Tiger Initiative and the Convention on Biological Diversity, and is committed to the Sustainable Development Goals (SDGs) adopted by all members of the United Nations in 2012.  SDG number seven is “affordable and clean energy”, but does not include hydro power in its definition.

“Granting forest clearance to the Etalin Project flies in the face of all the many environmental commitments India has made on international forums. Hydro projects in the northeast have been ill-advisedly pushed through despite the fact that glacial melt has changed the river flows and reliability projected in the original EIAs and Cost-Benefit Ratios. There are also glaring discrepancies in assessments of natural hazards. Apart from the ecological damage, the projects are likely to become stranded financial assets even before the first turbine turns,” says Bittu Sahgal, Founder, Sanctuary Nature Foundation. 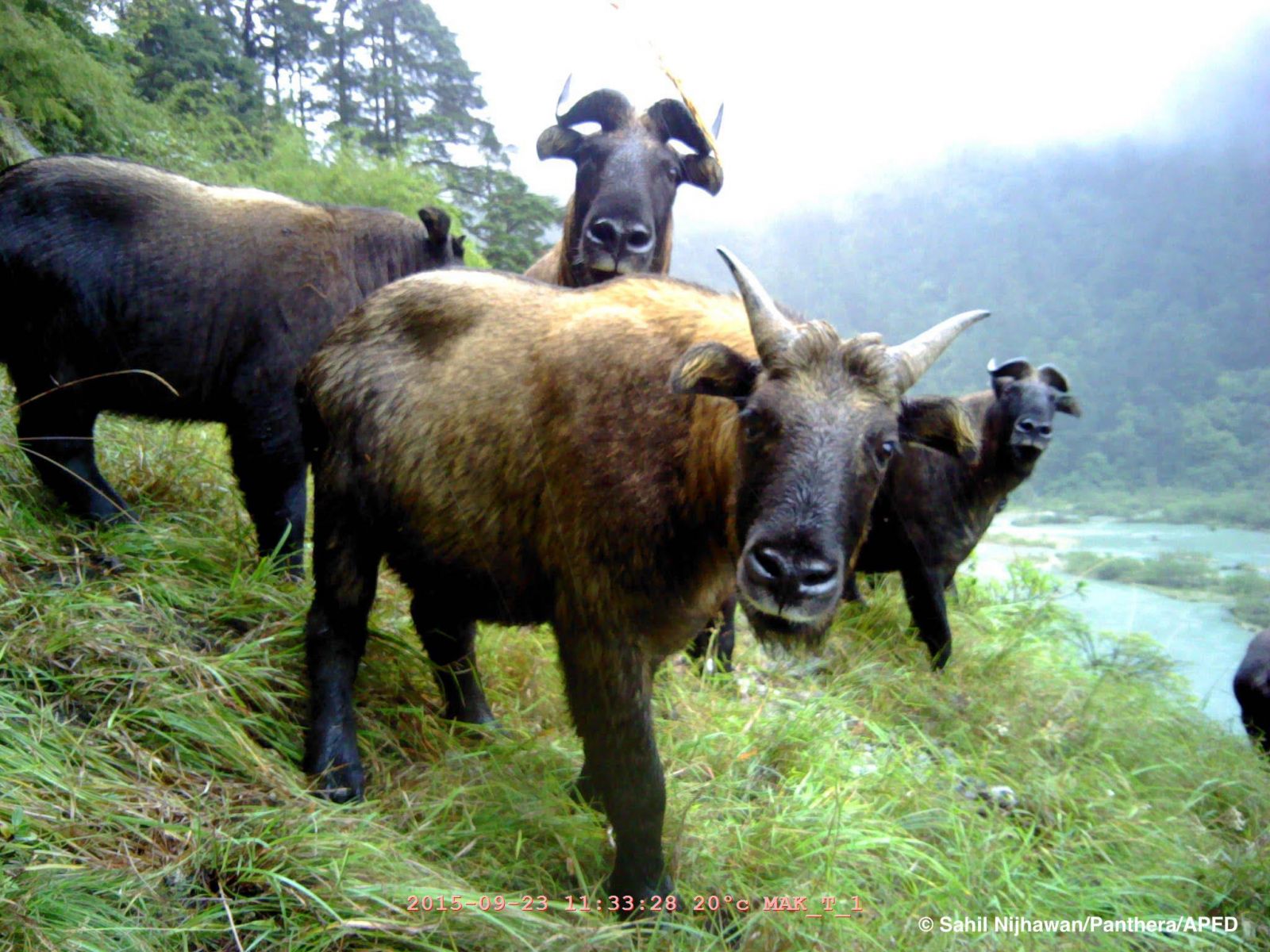 The elusive Mishmi takin is found in the upper reaches of the Dibang valley. This enigmatic animal is an important prey species for large carnivores such as tigers. Photo: Sahil Nijhawan/Panthera/APFD.

In a previous article for Sanctuary, Dr. Kamaljit Bawa, Founder of the Ashoka Trust for Research in Ecology and Environment (ATREE), underscored the imperative to protect India’s existing forests. “For several decades, bureaucrats have perpetuated the myth that complex tropical forests can be cleared for development at one place and then recreated elsewhere. Species-rich tropical forests are the most complex ecosystems on earth. They accumulate species over millions of years of evolution, with various species linked with each other in complex trophic webs. The natural ecosystems differ from one place to another. Once destroyed, they are gone forever. We face insurmountable odds in bringing them back, even at the same place, let alone elsewhere,” he wrote.

Sanctuary Nature Foundation urges the FAC to reject the forest clearance for the Etalin Hydro Electric Project in regional, national, and global interest.