In a letter to India's FAC, ornithologist Shashank Dalvi reflects on the incredible avian diversity of the Dibang Valley. Dalvi has personally recorded 430 species of birds in this area. Dalvi's voice is added to that of a growing number of scientists who are critiquing the Etalin Hydro Project. You can find their letters, and more about the campaign, here. 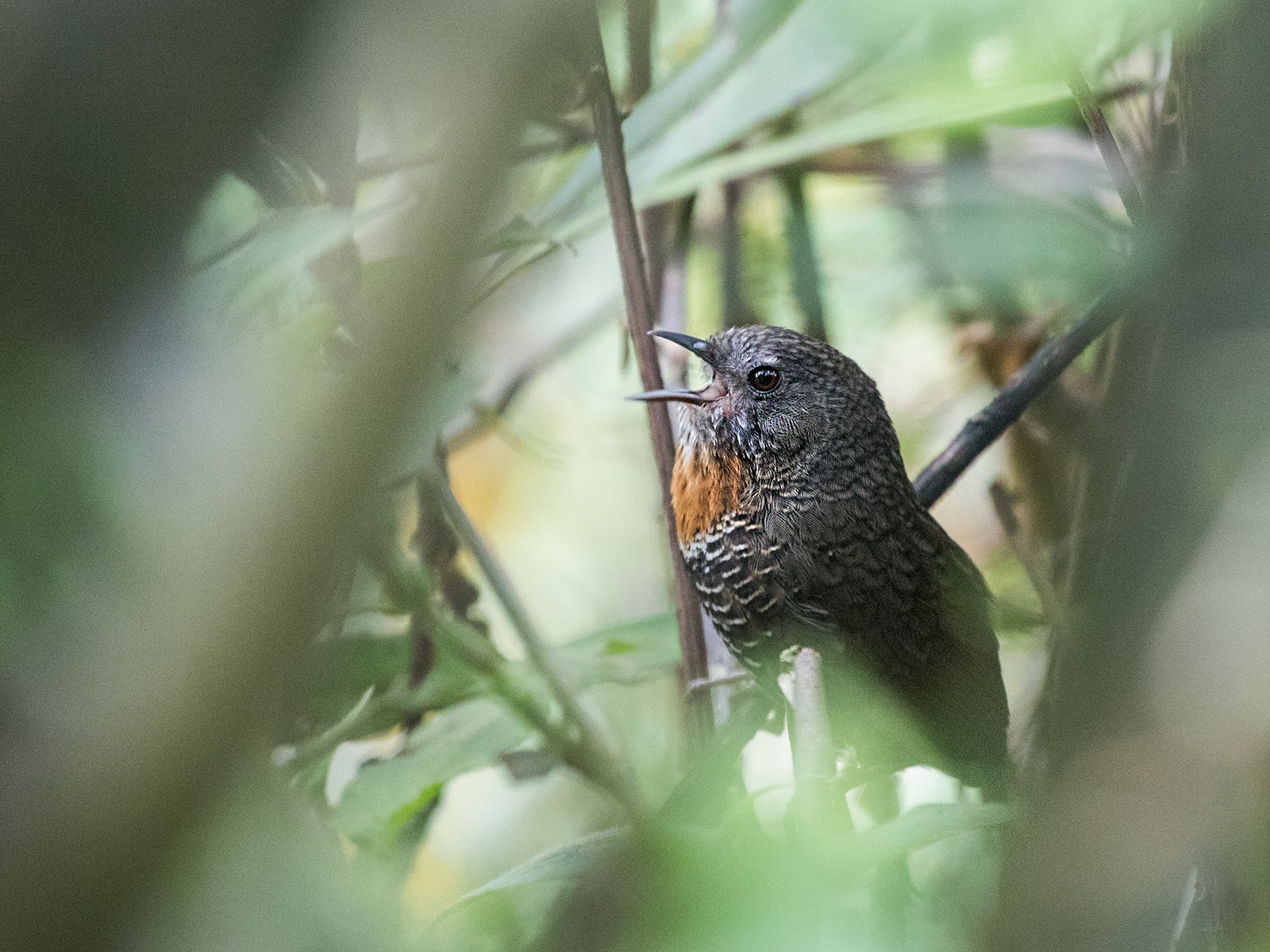 The Mishmi or Rusty-throated Wren Babbler is endemic to the Mishmi Hills of Arunachal Pradesh, where it was rediscovered in 2004.

The Director General of Forests
Chairperson and the Esteemed Members of the Forest Advisory Committee
Ministry of Environment, Forests and Climate Change
Government of India

I, conducted a biogeography study on the understory birds across Dibang valley in Eastern Himalaya for my Master's thesis. I also carried out a bird diversity survey of Dibang Deban Biosphere Reserve for the Forest Department of Arunachal Pradesh, to aid in the regional management plan. There have been numerous studies in the past establishing the enormous and unique diversity of flora and fauna in the Eastern Himalaya, unmatched by any other Indian Forests. During my fieldwork there and in subsequent visits since, I have come across more than 430 species of birds in the Dibang River Valley. Out of these 430 species of birds around 16 species are in Schedule I of the Wildlife Protection Act, 1972, along with 26 species of birds which are recognized by IUCN as being threatened. A visit to community-owned areas beyond Etalin even produced two new species of birds for the country, namely Elliot’s Laughingthrush and Black-headed Greenfinch.

Among the 34 threatened species, Dibang Valley is the stronghold for species like Blyth's Tragopan, Sclater's Monal, Chestnut-breasted and White-cheeked Partridges, Grey Peacock Pheasant, Ashy-headed Green Pigeon, Pale-capped Pigeon, Dark-rumped Swift, Rufous-necked Hornbill, Great Slaty Woodpecker, Ward's Trogon, Grey-headed Parakeet, Red-breasted Parakeet, Beautiful Nuthatch, Rusty-bellied Shortwing and Hill Myna. There are other species like Bengal Florican, Marsh Babbler, Jerdon's Babbler, Black-breasted Parrotbill which will be affected due to downstream effects of the dam. Please find attached a list of birds which are recorded from proposed Dam site along with notes on the threatened species.

It has been estimated that 2.7 lakh trees are likely to be felled for the construction of this Hydro-Electric Project. This will seriously impact bird species mentioned above along with a host of biodiversity in an irreversible manner.

I kindly request you to ask competent and scientific agencies to conduct systematic studies to assess the potential impact of this project on the habitat as well as its forest birds before the project is given clearance.

Shashank Dalvi is an ornithologist, naturalist, conservationist and bird guide. He won a Sanctuary Wildlife Service Award for his commitment to science and conservation in 2017.