The residents of two villages, Elopa and Etugu, of the Idu Mishmi community in the Lower Dibang valley district of Arunachal Pradesh have declared part of their ancestral customary land as a Community Conserved Area (CCA). The CCA, which measures 65 sq. km., has been named Elopa-Etugu Community Eco-Cultural Preserve (EECEP). The acronym EECEP, when pronounced as a word, makes the sounds that mean ‘a place we have left’ in the Idu Mishmi language. The name itself holds deep meaning for Elopa-Etugu’s clans’ members who were forced to leave their ancestral land in the 1980-90s as the Dibang river (Talõ) changed course, following years of logging, and swallowed their agricultural fields. The following two decades witnessed increased outsider hunting and resource extraction in Elopa-Etugu’s land.

“To protect ancestral land, wildlife, and Idu Mishmi cultural traditions, passed down to us by our ancestors… the Gram Sabha of Elopa-Etugu (Pulu, Mitapo, Linggi and Menda clans)… declare... our ancestral land as a Community Conserve Area (CCA) initially for 10 years, extendable after consultation with the clan members. Through this CCA we plan to conserve, research, manage and use sustainably - in accordance with Idu Mishmi tradition, informed by scientific knowledge, and with an eye to our rapidly changing world.”

This CCA, the declaration says, is a way of going back to the clans’ roots - where the histories of their ancestors, land, rivers and streams, animals, birds, and fish are deeply interrelated. The Idu Mishmi are known globally for their culture of conservation.

EECEP contains tropical grasslands and dense mountain forests. Such is the richness of EECEP that over 40 species of mammals have been recorded in scientific camera trap surveys led by community members and outside scientists. Compare that with the Mehao Wildlife Sanctuary, which lies right next to the region and is four times larger than EECEP, where similar camera trapping surveys conducted by the Wildlife Institute of India revealed only 23 species of mammals. Notably, EECEP has flourishing populations of globally endangered species such as the clouded leopard, Asiatic wild dog, Malayan sun bear, Chinese pangolin, sambar, and hog deer. Most of these species have disappeared from much of Arunachal Pradesh. After seeing the results of camera trap surveys, village elders and youth unanimously agreed to take concrete steps to protect the area’s wildlife, their ties to land, and their rich cultural history – giving birth to the EECEP CCA.

The official declaration of the CCA was held at the Anchal Samiti Hall in Roing, Arunachal Pradesh on June 3, 2022. It was attended by the Chief Conservation of Forest (CCF), Tezu, Tarun Johri, MLA Lower Dibang valley, Mutchu Mithi, and the Deputy Commissioner, Lower Dibang valley, Soumya Saurabh, along with public Panchayat leaders, representatives of local organisations and clans’ members. Clan elders recounted stories of Elopa-Etugu’s rich past, while the youth presented stunning images of the unique wildlife that continues to live in their customary lands and detailed plans and visions for EECEP.

The MLA, CCF and DC extolled the community on such a unique step, which will benefit all humanity and set an example for the entire state. All three pledged support to EECEP as they endeavour to protect nature and culture. The MLA informed the gathering that the state government is working with the Centre on a legal framework to allow the state’s tribal communities to gain legal land rights over their customary land. Such constitutional provisions already exist in Nagaland and Mizoram, but not in Arunachal Pradesh. Such a move, if achieved, should encourage more communities to protect their land. 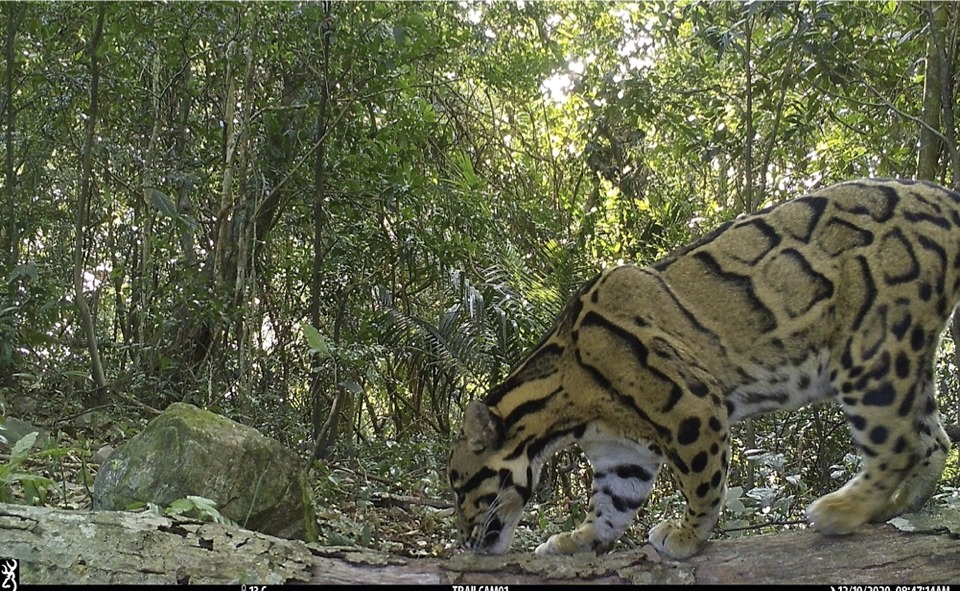 The rich tropical grasslands and dense forests of the EECEP are home to 40 recorded species of mammals, including the vulnerable clouded leopard. Photo courtesy: EECEP.

What is a CCA?

A Community Conserved Area (CCA) is an area conserved by communities for cultural, religious, livelihood, or political purposes by customary and other effective means. CCAs differ from wildlife sanctuaries and national parks as local communities take the lead in protecting their lands, while also using it for non-destructive spiritual and livelihood purposes. While CCAs remain a policy challenge in India’s existing legal framework for forest and wildlife conservation, they are a rapidly rising global phenomenon with thousands of communities across the world having declared CCAs in their traditional lands to protect nature, culture, and livelihoods from external and internal threats, particularly large-scale infrastructure development. Arunachal’s neighbouring state, Nagaland, has close to 700 CCAs, where village councils have legal rights over forest land.

EECEP has been declared following the customary practices framework which is an accepted form of local governance in Arunachal Pradesh, and which is recognised by the Convention on Biological Diversity, and the United Nation’s International Union Conservation of Nature’s (IUCN), to which India is an official signatory. Within India, the Forest Rights Act (2006) recognises forest dwelling communities’ rights over their customary lands and empowers them to protect their land by gaining legal titles. However, the implementation of FRA in Arunachal Pradesh remains a challenge. 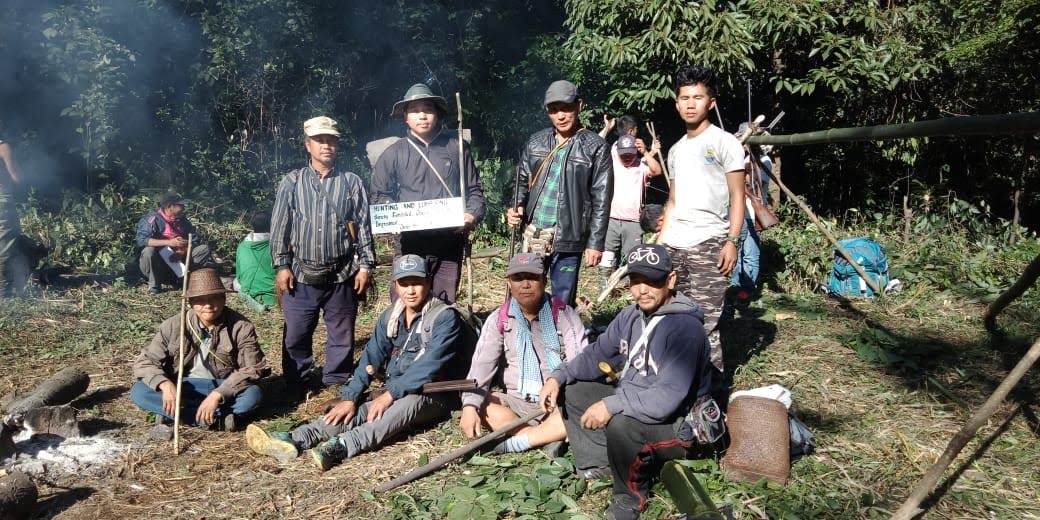 What is the importance of EECEP?

EECEP is the first locally-led CCA in East-Central Arunachal, and second only to the CCAs of Tawang and West Kameng. Importantly, EECEP is the first community-conserved tropical grassland in all of India. EECEP contributes to India’s commitments in the Glasgow COP26, the Paris Climate Accord, and the Convention on Biological Diversity.

EECEP will be governed by a Management Committee composed of representatives of all four Idu Mishmi clans. The Management Committee’s mandate is not only to protect wildlife and restore degraded habitat through a management plan, but also to create sustainable income for villagers through community-led research and sustainable tourism. EECEP’s objectives also include strengthening inter-generational knowledge transfer and promotion of traditional cultural norms, undertaking programs to improve the socio-economic well-being and health of the clan’s members, and to prevent large-scale infrastructure development without free, prior, and informed consent of the community. EECEP’s Management Committee will seek advice from a Local Advisory Panel composed of Panchayat Member, District Administration, Forest Department, and community leaders, and a Technical Advisory Panel of world-renowned experts who have voluntarily offered support to the novel initiative. 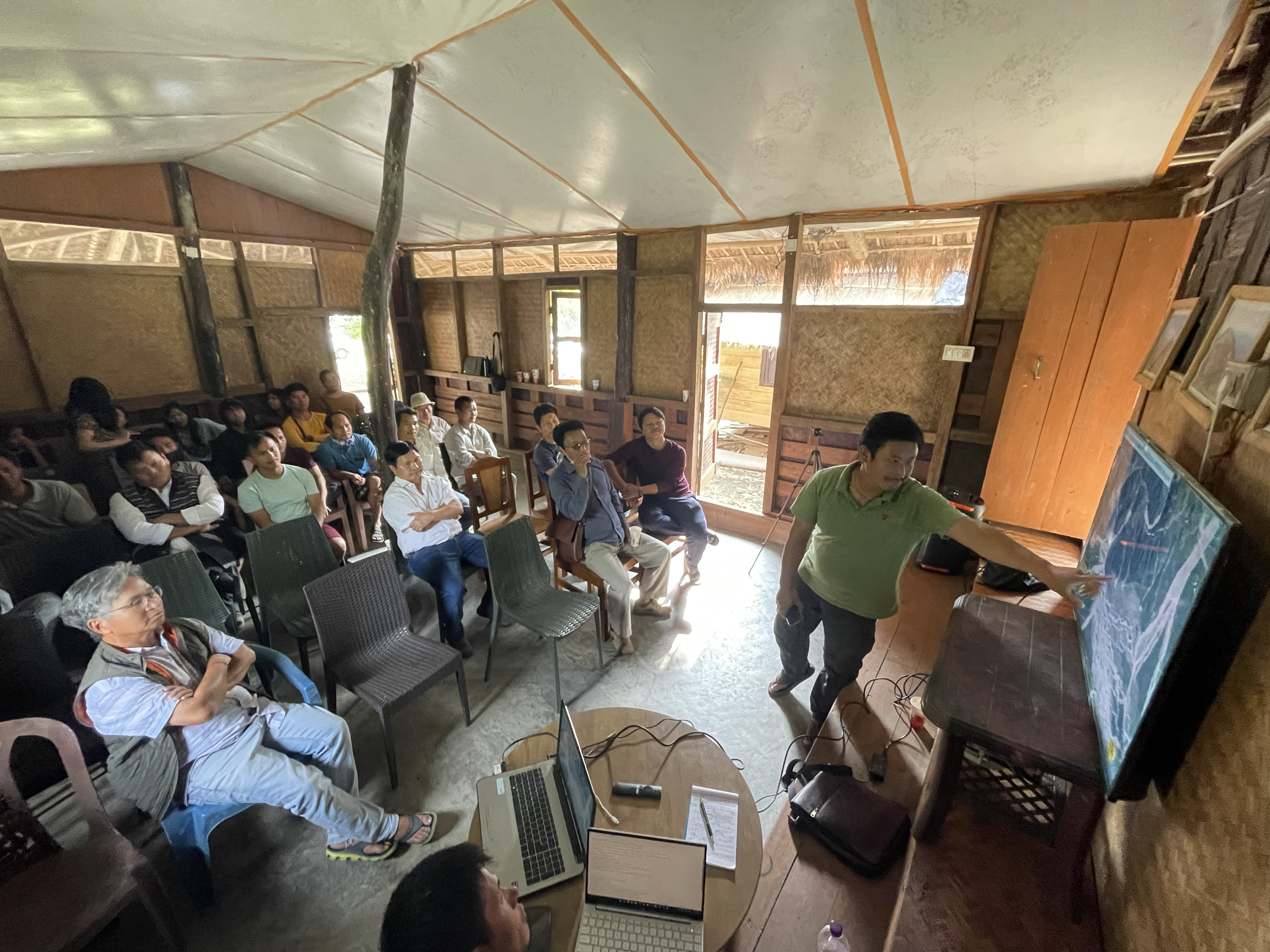 Iho Mitapo shares information with community members during one of many discussions and meetings held by the four clans. Iho received a Sanctuary Wildlife Service Award in 2018. Photo courtesy: EECEP.

Through the declaration, there is now a complete ban on fishing using generators, explosives, poisons, hunting, and commercial extraction and sale of timber. The land will remain with the community and no single individual may sell, occupy, or reserve land in its name. Traditional fishing and small-scale collection of non-timber forest produce (NTPF) is allowed for the community but not outsiders. The declaration also said, “through restoration, protection, and measured use, we hope to lay the foundation for a sustainable future for our coming generations… A future where we are once again part of nature, not superior to it. A future where economy is linked to generation, not destruction”.