NaturenomicsTM For The Eastern Himalaya

Excerpts from the Validatory Address by Ranjit Barthakur at the 9th Eastern Himalayan NaturenomicsTM Forum 2021 in Guwahati on December 9, 2021.

This year at the 9th Eastern Himalayan Naturenomics™ Forum, the Balipara Foundation brought together over 60 experts from around the world and from a variety of backgrounds ranging from business to policy to frontline communities on the ground, to debate the action the Eastern Himalaya needs to take, to make the right choices to secure ecosystems and livelihoods for people and wildlife. The goal for this forum is to turn these conversations into action, with the leadership of rural and indigenous communities facing these threats. In this UN decade for ecosystem restoration, it hopes to transform the Eastern Himalaya to be the world’s first Naturenomics™ Civilisation, for people and biodiversity together.

While we have completed over five million natural assets across 4,000 ha. of land impacting over 7,000 people, our target is to do a 100 million natural assets in the Eastern Himalayas, which will impact over 4,00,000 people. This will be possible by creating a Natural Capital Pool for delivering universal basic assets such as water, healthcare, education and energy, in addition to regenerating aquifers and enhancing the nutrients of soil organic matter – thereby, benefitting agricultural outputs and livelihoods. These natural assets will have the capacity to sequester 474 million metric tonnes of carbon once they mature.

We are excited we have a target and a journey with Naturenomics. We are proud to have started transborder ecological diplomacy between Bhutan, Nepal, Myanmar, China, Bengal, Assam, Arunachal Pradesh, Manipur, Meghalaya, Mizoram, Nagaland, Tripura and Sikkim. We really believe that political boundaries must be brought down in ecological dimensioning.

Evidence from archaeology, anthropology and ecology demonstrates the historical role that people have played in creating the forests we see today. For example, studies suggest that the Amazon began its life as a giant food forest maintained by historical Mayan civilisations and indigenous communities in the region. The prairie of the North Americas was managed by Native American communities, just as controlled burns by aboriginal communities in the Australian bush created a unique ecology that supported greater biodiversity. Collective land management historically has been linked, therefore, with greater biodiversity and ecological wellbeing. Research from around the world shows the biggest predictor of biodiversity loss is socioeconomic inequality: even in countries with robust institutions for protecting biodiversity, high levels of inequality led to rampant biodiversity loss. Other research in Indonesia showed having easy access to clinics significantly reduced deforestation on the fringes of rainforests. Poverty, inequality and social deprivation are all intimately interlinked with the destruction of fragile ecosystems: not just because communities are forced to exploit natural assets to survive, but because of the accumulation of control over natural assets and the commodification of their value, i.e. only when removed from natural ecosystems and converted into sellable produce. Naturenomics™ has long made the argument for the interdependence between ecology and economy. As a framework, Naturenomics™ evaluates the impacts of economic activity on ecosystems, both positive and negative, and aims to eliminate negative impacts while affirming positive, nature-regenerating impacts. The most critical imperative for Naturenomics™ is recognising that ecology is economy. It means valuing our natural assets and the natural capital pools they hold, rather than invisibilising their benefits and socialising the costs of their destruction. To achieve the following, Naturenomics™ calls for us to do the following: 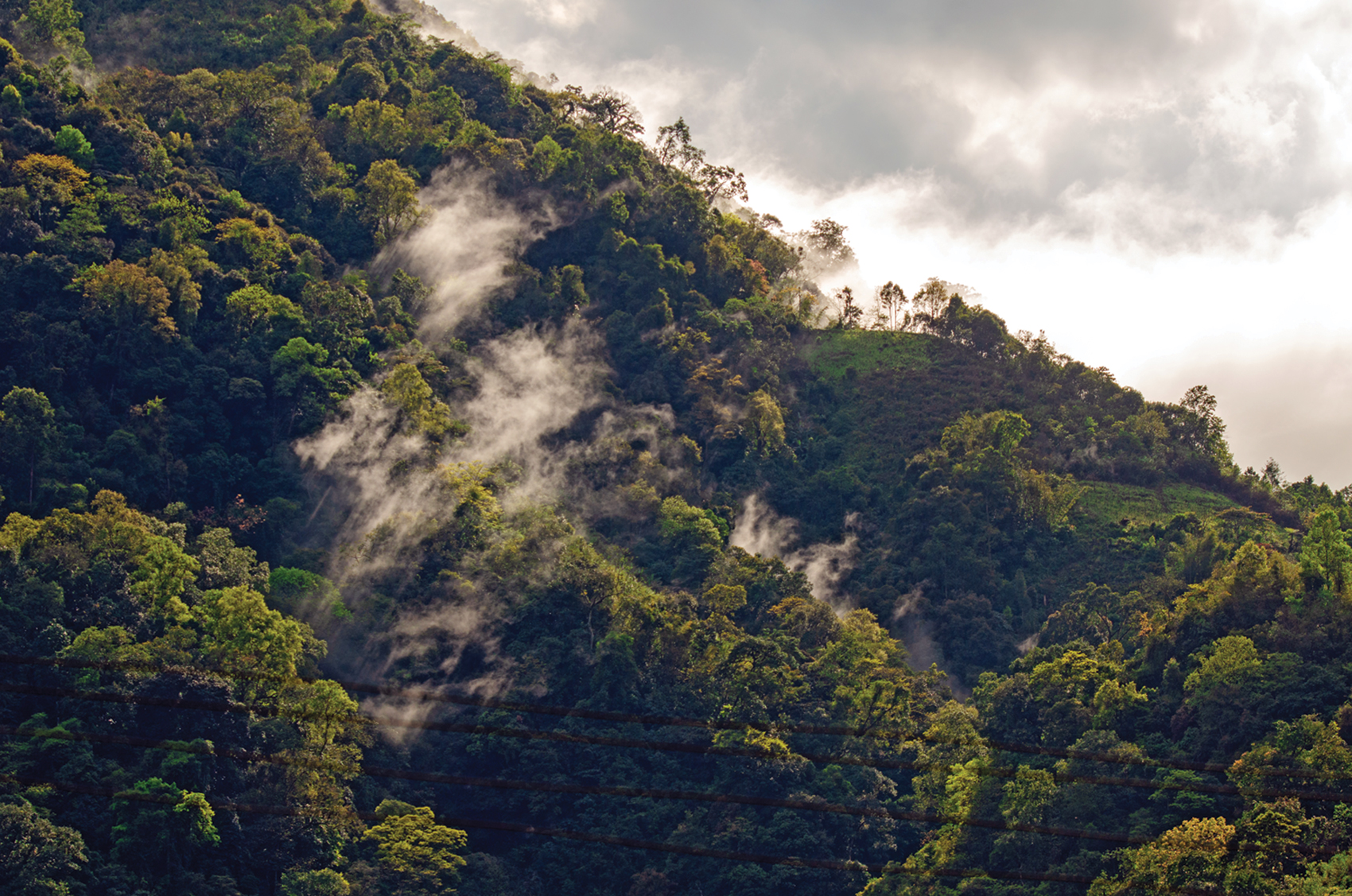 Walong, the easternmost town in Arunachal Pradesh, situated along the banks of the Lohit river, is rich in biodiversity, with bamboo groves, tropical forests, and alpine meadows. Mammals like the Mishmi takin, red goral and birds like the White-bellied Heron and Sclater’s Monal have been recorded here. A changing climate may impact the Lohit river’s water levels, in turn affecting Walong’s incredible biodiversity. Photo: Saurabh Sawant.

The inverted pyramid of valuation, in which natural capital is the least valued item in our balance sheets needs to change: in the new paradigm of the future, Arunachal Pradesh, with its lush forests, must be valued in natural capital terms as one of India’s richest states. We need a new economic paradigm centering natural capital and securing natural assets for sustainable community futures. This valuation is a must, to pave the way for social inclusion, capturing benefits from ecosystem goods and services to drive the delivery of universal basic assets such as healthcare and education for the indigenous, rural and local communities who steward our natural assets. Valuing nature and quantifying the benefits of the planet’s capital assets is what will help us create an inheritance based on natural capital and natural assets – and a growth paradigm that reconciles human and natural capital needs for a truly sustainable future.

The Dasgupta Review, released in 2020, points to the urgency to effectively value our biodiversity and natural assets. According to the review, while produced capital (such as manufactured goods) doubled per capita, and human capital (such as health, knowledge, and skills) increased 17 per cent per capita, natural capital declined 40 per cent per person between 1992-2014. In other words, biodiversity loss is rapidly accelerating and eroding the invisible natural capital that underpins our global economy. The problem is a failure of both institutions and markets. Market prices do not reflect the true value of the goods and services that nature provides for free, which has led to underinvestment in natural, versus produced, assets – and governments pay people far more to exploit nature than to protect it. Meanwhile there is a dearth of institutional arrangements to protect global public goods, such as the rainforests and oceans. Like many heterodox economists today, the Dasgupta Review points to the limitations of the GDP model. GDP measures account only for economic consumption-based growth: it does not account for the depreciation of assets, particularly the depreciation of natural assets which are already unaccounted for outside of their direct commodity values. To deal with these failures, the report recommends three
key transitions:

1. Natural capital must be introduced into national accounting systems to account for the full cost of consumption-based economic growth.
2. Humanity’s demands on nature must not exceed nature’s supply, and that supply must be increased relative to current levels – this means driving investment in protecting natural assets, particularly in intact and unfragmented ecosystems, restoring and rejuvenating degraded ecosystems through nature-based solutions and transforming our food production systems to become restorative rather than depletive.
3. The transformation of financial systems to account for natural capital values, capture natural capital-linked risks (both climate and biodiversity) and to rethink investment paradigms to shift financial capital away from nature-destructive activities. 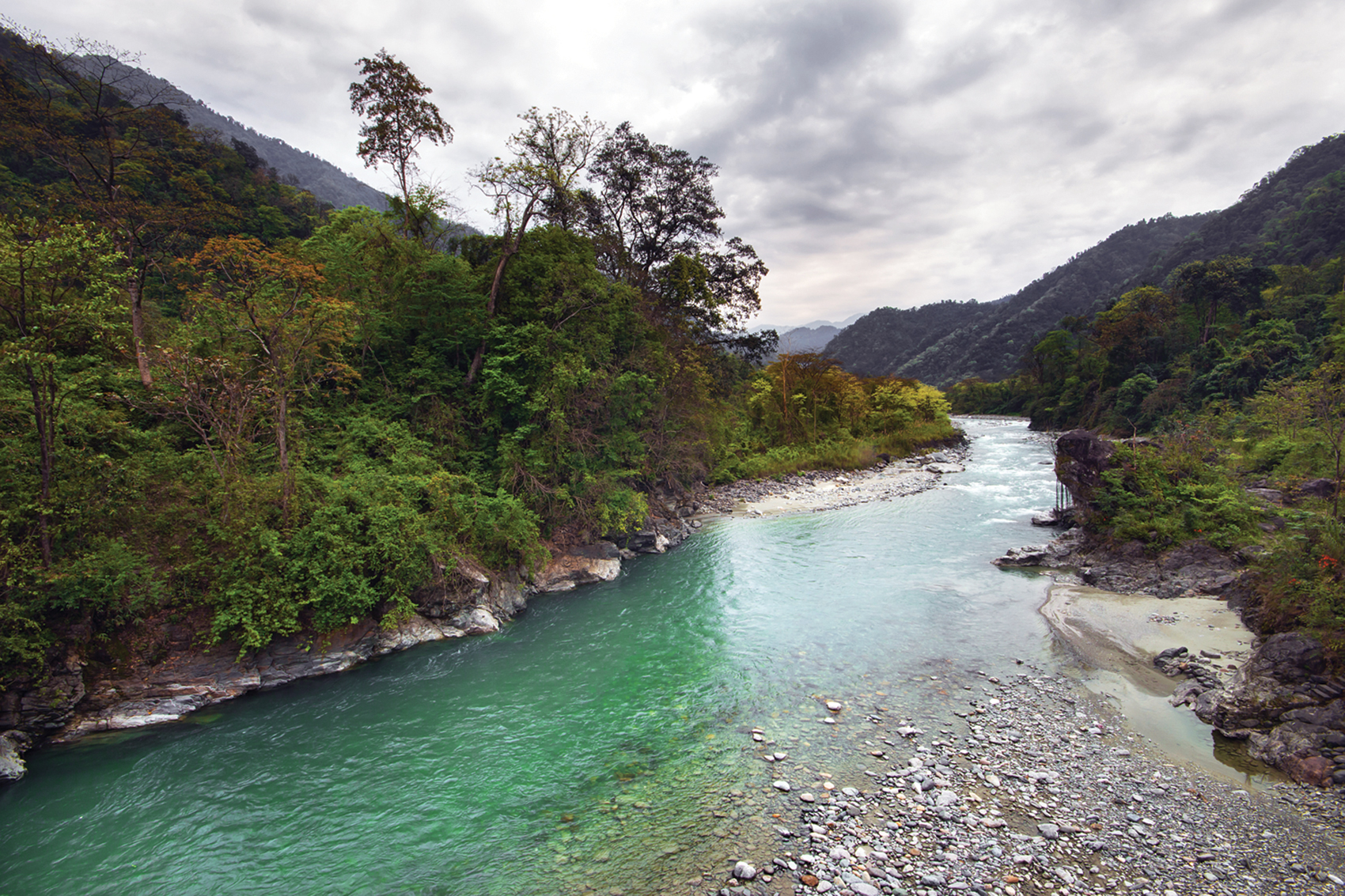 The Lohit river is a tributary of the Brahmaputra. It flows through dense rainforests in the Eastern Himalaya. A projected 2.4° C rise in temperature is bound to impact rainfall patterns, with severe droughts affecting the water supply to millions of people in the region. Photo: Saurabh Sawant.

We have less than a decade to reduce our emissions to keep a global temperature rise below 1.5° Celsius and secure the future of people everywhere. Even if we do achieve this, it is likely that we will see irreversible changes to the climate and planet occur within our lifetimes, with all that implies for people living on the frontlines of the climate and biodiversity crises today. Rising temperatures are irreversibly changing ecosystems, eroding ecosystems for keystone species and pollinators, drying up fertile lands and creating extreme weather events. In 2021, people around the world felt these seismic changes in never seen before historic weather events: the Pacific Northwest heat wave, climate famine in Madagascar and wildfires in Siberia that belched smoke into the Arctic for the first time in human history. Yet, despite the urgency of the task ahead of us, international summits like COP26 have proved inadequate to mobilise the large-scale targeted action needed to decarbonise our energy systems and achieve net zero, paralysed by the inertia of nation states. Despite the risks, governments have underpledged, putting the world on target for a 2.40 Celsius rise: actual existing policies today put us on track for a 2.90 Celsius rise. At the same time, COP26 saw banks, insurers and investors holding a total of $130 trillion of financial capital pledge to put climate front and centre. The financial system is slowly feeling the heat of risks posted by biodiversity depletion and climate change: for the past few years, both have topped the World Economic Forum’s Risk Report. Investors and businesses are also seeing the economic value in investing in biodiversity and natural assets: business opportunities in sustainable land and ocean use are yet to be tapped into and represent an over $3 trillion business opportunity.

Estimates suggest that investors could profitably put money into enterprises in habitat restoration, water conservation and sustainable land use, while closing the conservation funding gap by more than half. Preserving natural assets and better valuing them could help developing regions like the Eastern Himalaya gain up to $2 trillion/year of economic benefits as they have the largest standing natural assets. This could help in creating millions of jobs through a shift to sustainable business practices, better leverage of payment for restoration and ecosystems service practices and overall, better valuation of natural capital. The principles of NaturenomicsTM post six key elements to measure for enhancing and managing natural assets: land, energy, waste, water, air and carbon. Measuring business impacts across these six areas, as well as business dependency across these key areas will help businesses identify their biggest exposure across their value chains – and the opportunity to create sustainable, circular value propositions for consumers and their products, managing resilience in the face of climate change and biodiversity loss. In the absence of a strong emerging ethical imperative, robust political will or global leadership to protect our biodiversity and minimise our climate challenges, the economic incentive is the strongest tool we have to drive action that protects our ecosystems. In the Eastern Himalaya, rural and indigenous communities are already facing the first waves of the climate and biodiversity crisis: declining agricultural yields, depleted soil, rising temperatures, and a paradox of violent floods and groundwater loss. The economic impacts of these losses are being felt immediately, among communities with the lowest resilience from decades of under-investment. The loss of rural jobs and climate related displacement will transform not only economies, but politics and geopolitics on a scale never seen before in the coming decade. Strong economic leadership is needed to guide our world onto a trajectory that puts people and planet first.

Naturenomics™ is not a luxury, it is a necessity. We are at a fork in human history. We can choose business as usual, and watch an unimaginable tragedy play out for billions of people and wildlife globally. Or we can choose interdependence, put natural capital at the heart of our economic and financial systems, invest in adaptation and mitigation for climate-and- biodiversity-vulnerable people and create an environmentally-secure future and economy that puts human and ecological wellbeing first.