Text and photographs by Saloni Tirodkar

Birds are a huge part of my life. Since 2002, I’ve documented and recorded over 60 bird species in Juhu. During the pandemic, I thought I would feel like a caged bird. But my love for avians sparked a lockdown project. 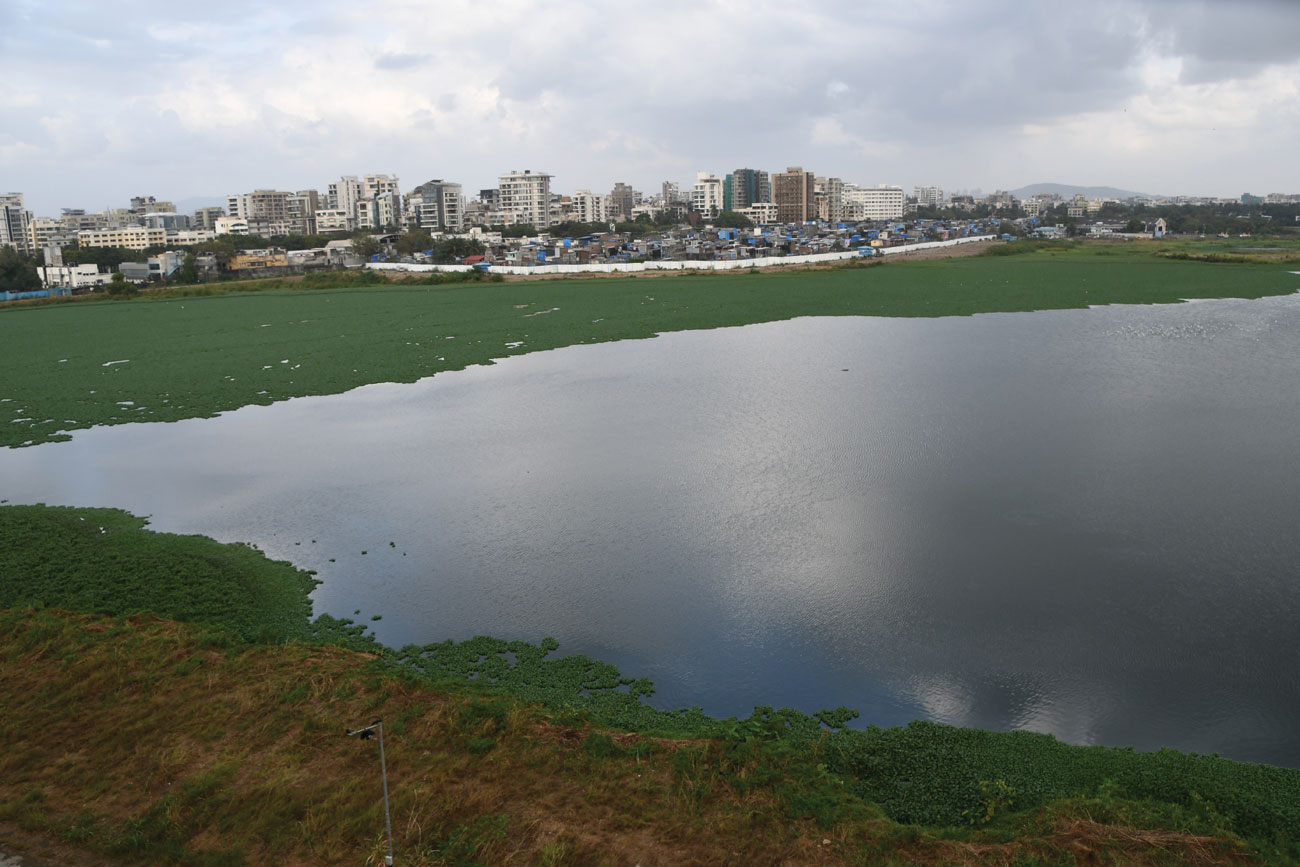 Water hyacinth taking over the lake.

What Do You Hear?

When you pause your work, and close your eyes, you expect some quiet time. Instead, in a city like Mumbai, you will notice a complete absence of silence. There’s that pesky horn, the buzz of construction equipment, and music playing loudly. However, if you listen intently and are lucky to be surrounded by a bit of green… you could hear the trill of a melodious bird. Or at the very least the rasping caws of a crow, and if you live in an apartment, the echoing coos of a pigeon. Birds are literally all around us, even in a metropolis like Mumbai.

These omnipresent winged creatures are a huge part of my life. My interest in wildlife and birdwatching blossomed after I met Pramod Nargolkar, a wildlife warden who turned 21 acres of land into a man-made jungle called Sipna, in Pune. Though I live in bustling Juhu, I am lucky to have the Juhu Pawan Hans Airport Lake as my backyard. Since 2002, I’ve documented and recorded over 60 species of birds here. 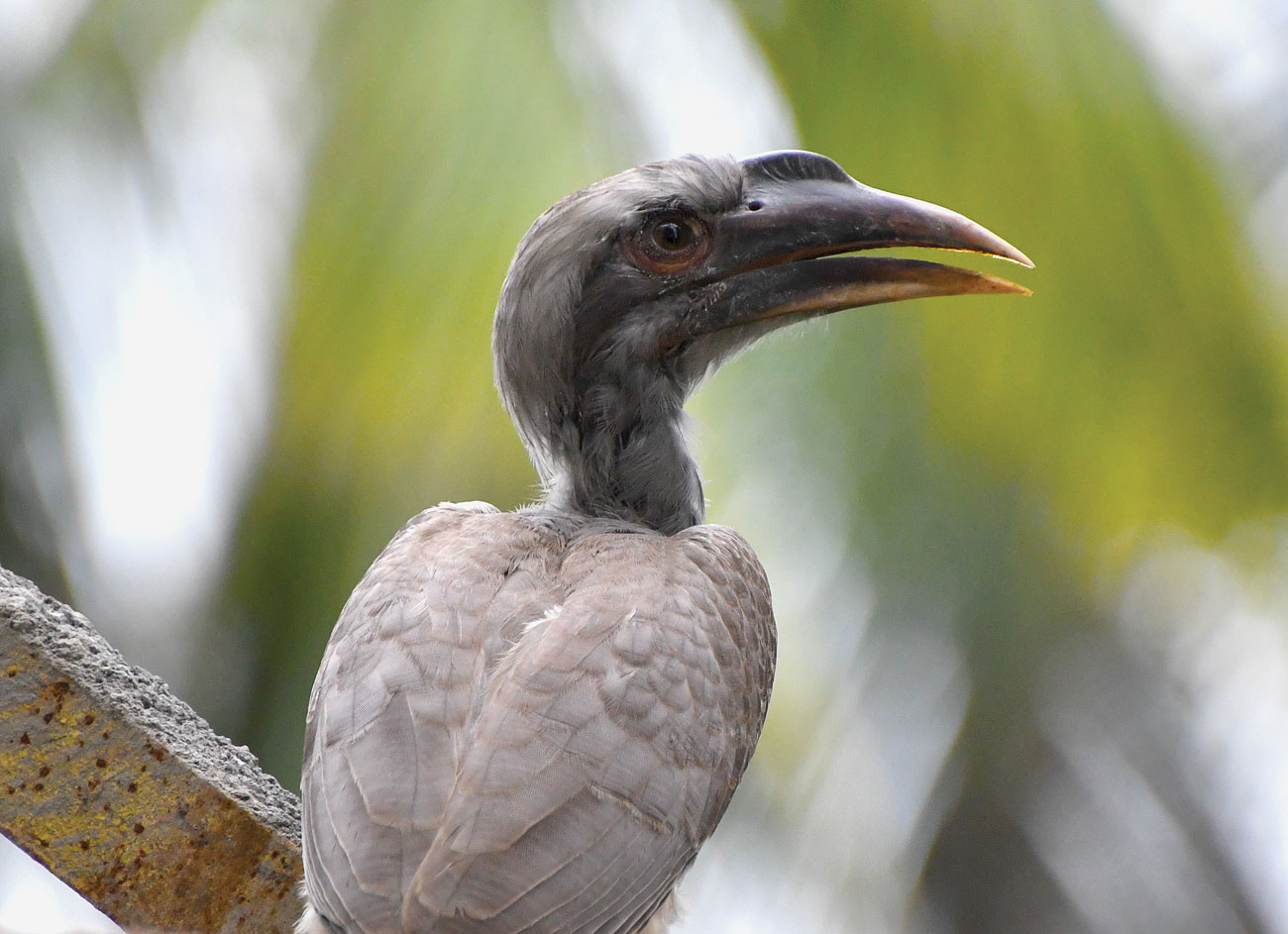 The beautiful lake hasn’t been untouched. In 2007, my house help shared that her neighbours captured and ate Purple Moorhens. I swung into action and wrote to Bittu Sahgal, Founder Editor of Sanctuary Cub, urging him to write about it. Following this, the Pawan Hans Airport authority made strict regulations and stopped locals from fishing and accessing the lake.

When the COVID19 pandemic struck, I thought I would feel like a caged bird. But my love for avian life sparked a lockdown project. 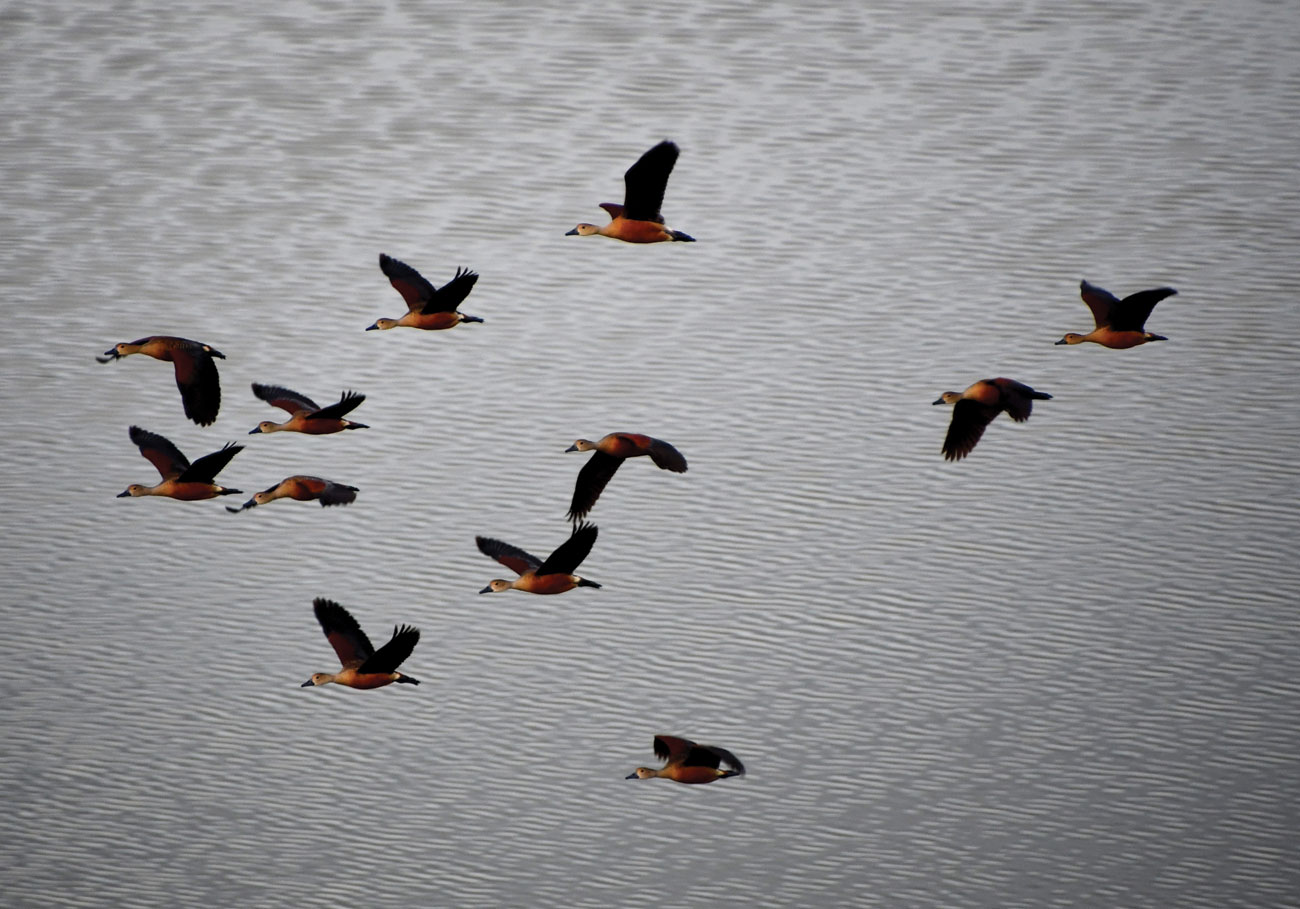 I decided I wanted to  introduce my human neighbours to their avian neighbours, and show them that they were surrounded by beautiful birds – Lesser Whistling Ducks flying with the moon on their back, Painted Storks taking flight during golden hour, and Spot-throated Fantail calls at 4:30 a.m. I made a systematic compilation of birdlife around us.

I decided to be Santa Claus for 40 families and distributed the booklet with information of all the birds one could see in the vicinity. Some species I documented and described in the booklet were Eurasian Spoonbill, Pheasant-tailed Jacana, Northern Shoveller, Glossy Ibis, Chestnut Bittern, Eurasian Coot, Paradise Flycatcher, Rufous-backed Shrike, Greenish Warbler, Shikra and herons and egrets.

To my utter surprise, I received an overwhelmingly positive response! My neighbours – young and old –  thanked me for showing them that life was thriving in the emerald lake in our vicinity. They’d always seen and heard the calls of Purple-rumped Sunbirds and Golden Orioles, but could never comprehend which bird was making which call. Armed with the booklet, they could now begin identifying different species! It was pure joy to see so many people discover the magic of birding. 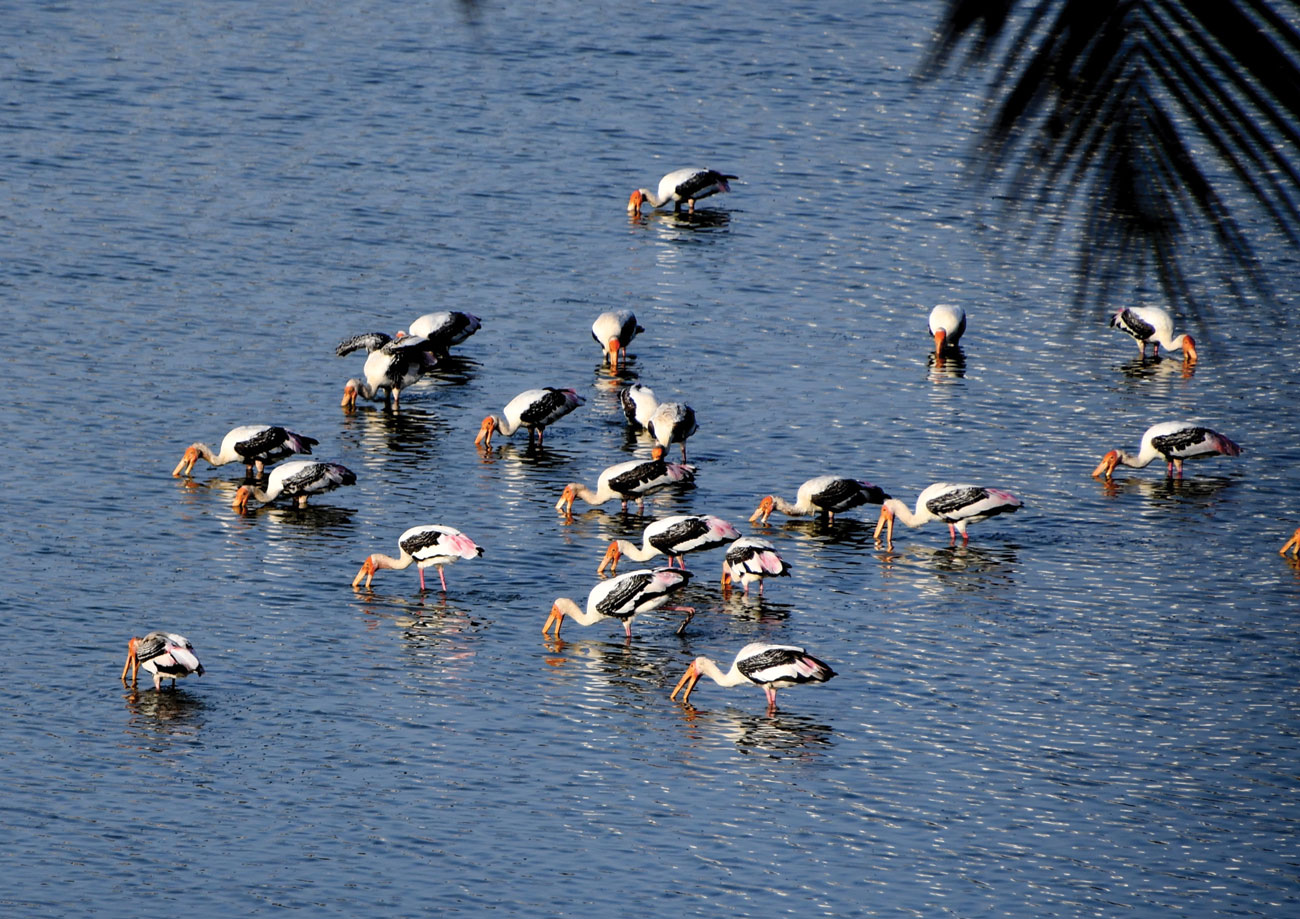 However, what was once a thriving waterbody is now seeing ominous changes. Since the beginning of 2022, water hyacinth is slowly taking over the Juhu lake. It is an invasive species that indicates polluted water, and it blocks sunlight and oxygen from reaching aquatic organisms.

Several attempts of getting in touch with the Airport Authority and ministers have not helped. I haven’t seen birds in the lake for almost a year! There is no sight of flamingos, Painted Storks, no Brown-headed Gulls or Little Terns hovering overhead, no Marsh Harrier in stealth mode terrorising Cattle Egrets and offspring of Purple Moorhens following their mothers.

I’ve been an Interspecies Telepathic Communicator since 2017. While all may not understand it, I believe I can connect with other living species and understand what they are trying to tell us. My communication with the lake and its denizens reveal the message, “This is change, and change is coming.” What kind of change? I hope it is for the better, but we’ll simply have to wait and watch. 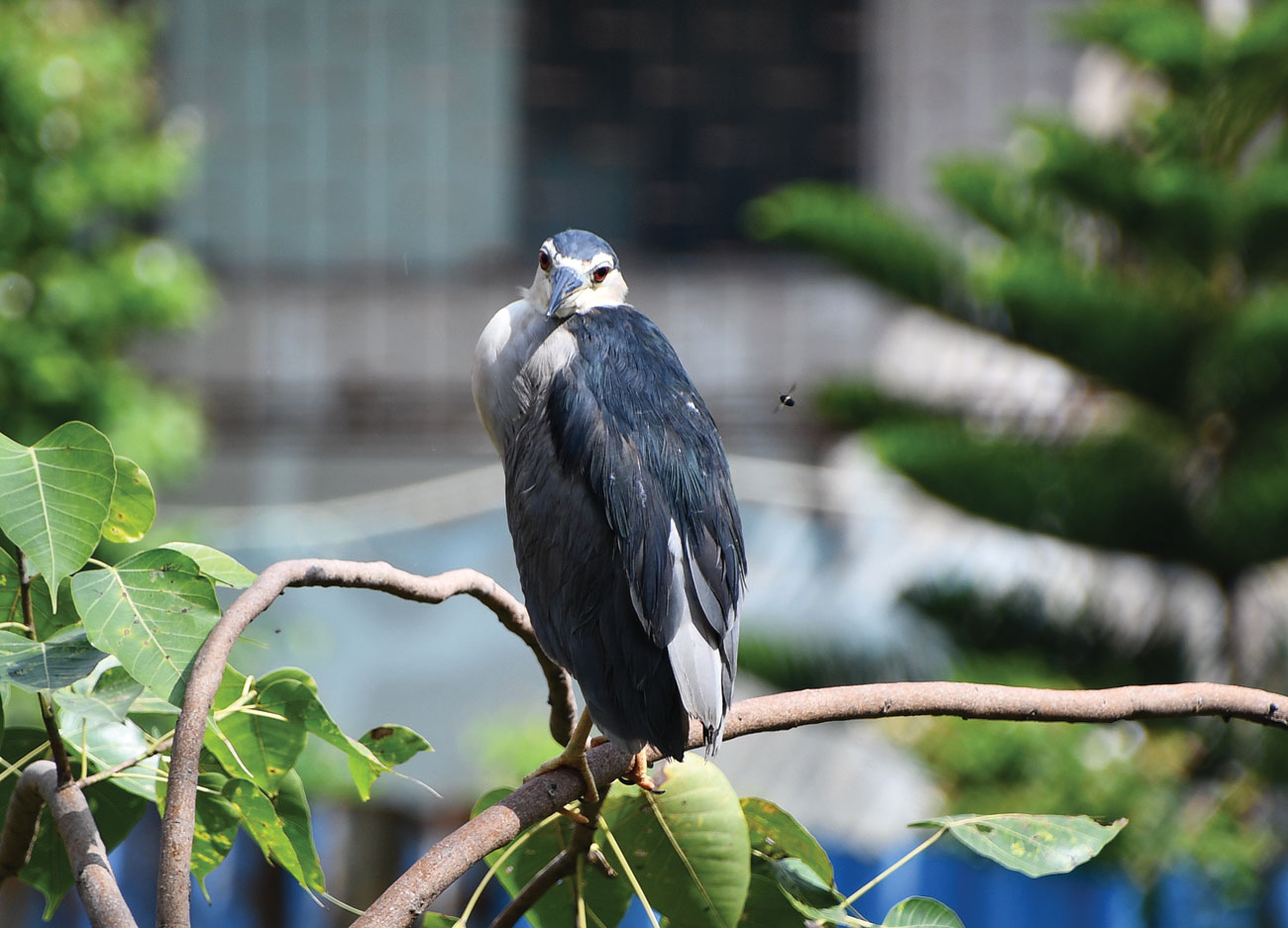 Saloni Tirodkar has always been an animal person and bird enthusiast. Honing her passions, she’s now a full-time telepathic animal and nature communicator, and a wildlife and pet photographer.