On July 8, 2021, a young male leopard was hit by a speeding vehicle at around 11:00 p.m. about 200 m. ahead of Signals Record office, on Dumna Airport road in Jabalpur, Madhya Pradesh. The road cuts through the dry deciduous forest contiguous with the Dumna Nature Park, where at least 10 resident leopards are known to live. The forest is an eco-sensitive area and according to the City Development Plan, any construction in the area will have a negative impact on not just the biodiversity but also the quality of life of Jabalpur’s 14 lakh+ residents.

Shortly after the accident, the injured leopard was seen limping into the bushes. The Forest Department was called by locals to rescue the animal. However, the following day, disturbing footage of the leopard being mishandled began to circulate. It had eventually succumbed during the rescue operation the same night.

“The FD allegedly allowed an unauthorised person to handle the leopard, and no protocols were followed during the operation. Not only did this risk the life of the leopard, but it also endangered the lives of by-standers. The incident only shows how citizens’ apprehension about Dumna’s sensitivity being compromised has turned into reality. This is the second leopard from the area whose death has been caused by human negligence since the COVID-19 pandemic,” says naturalist Nikita Khamparia.

Khamparia is part of a citizen's collective running three ongoing petitions to protect Dumna, two of which are against the disastrous proposal for a captive tiger safari under the guise of “tourism”. Though rejected by the Central Zoo Authority, it has now been amended to include all projects being proposed in the region. 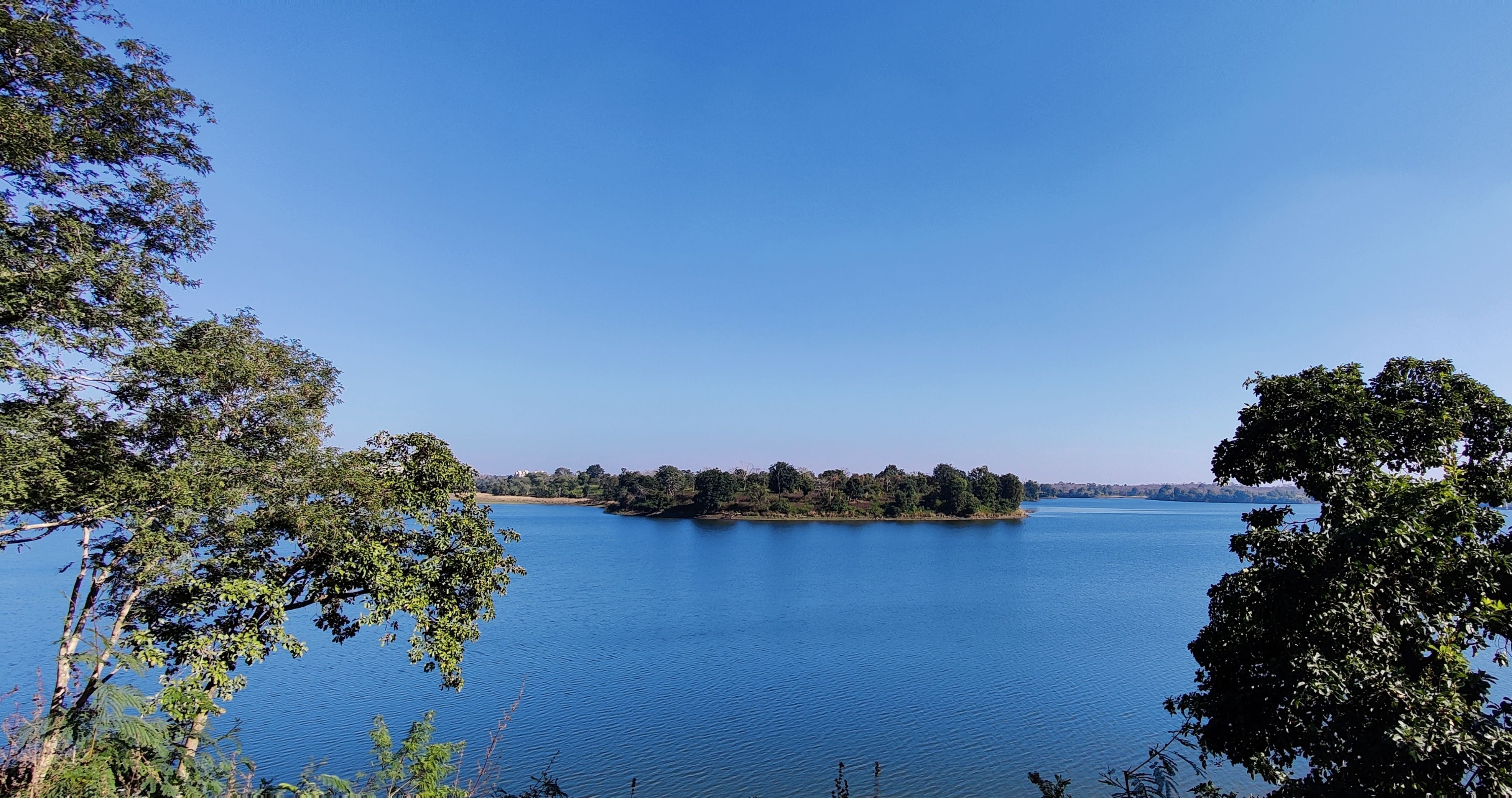 The Khandari lake reservoir, built in 1883, brings water to lakhs of residents in Jabalpur city, and the biodiversity of Dumna Nature Park. The future of this jewel-like waterbody may be compromised by the continued influx of human presence and construction. Photo: Nikita Khamparia

The road on which the leopard cub was hit cuts through a wilderness that is regularly frequented by wildlife. Several incidents of roadkill, such as chital, have been documented here. “There is no sign that specifies a speed limit,” says Anshuman Singh, Amicus Curiae for the Madhya Pradesh High Court, who in June 2021 submitted a detailed report to the State government, recommending the provision of 11 underpasses for wildlife at various locations around the proposed road from Dumna airport to Rani Durgavati Vishwa Vidyalaya (9.5 km.), along with a negative assessment of a widening project considered for the road (for which 300 trees have been felled already). “The road is currently seven metres wide, and a proposal to deforest a large number of trees and extend the road to 15 m. was being considered, to include a footpath and cycling track, which could easily wind around the trees instead. Our report suggests that the trees don’t need to be devastated for the project.” The report has been accepted by the State, which is set to incorporate the recommendations into the proposal and issue a fresh tender.

A population count of leopards has not been undertaken in Dumna, and neither has any strategy been formed for their protection. Singh however has photographed nine individual leopards in the area, and predicts that a tenth may be present within the folds of the forest.

Meanwhile, several massive development agendas loom over the future of Dumna: a 109-acre parcel of the forest has been offered by the municipal corporation for development by the Indian Railways for administrative and residential purposes; 50 acres for a cricket stadium; 13 acres for a hotel; 28 acres for an IT park; five acres for a Lokayukta administrative block; and 10 acres for a residential quarters for the Revenue Department staff. These plans will devastate the habitat of numerous wild species that receive varying levels of legal protection, such as chital, barking deer, golden jackal, chousingha, jungle cat, Asiatic wildcat, wild boar and at least 300 species of birds. 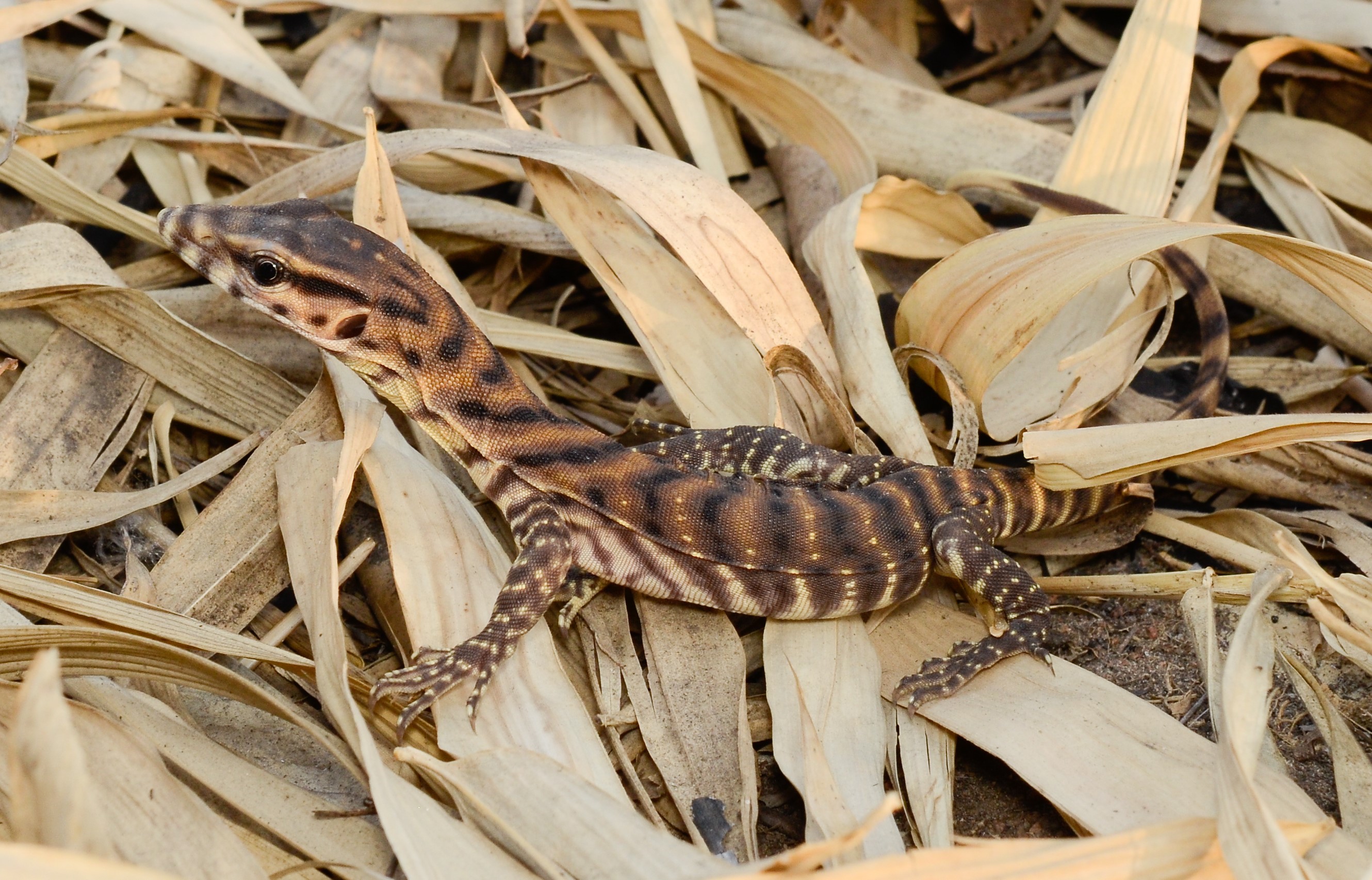 A juvenile desert monitor. This urban forest is home to a variety of reptiles, which are also threatened by anthropogenic activities rampant in the region. Photo: Vivek Sharma

Singh stresses that Dumna is crucial for the water security of a portion of Jabalpur city’s residents. “Imagine a plate that is tilted - on the lower end is the Khandari lake, feeding no less than a third of the city’s population. On the other end of the plate is Dumna, balancing the flow of water. Unfortunately, 40 per cent of the catchment area has already been encroached upon. Conserving at least the remaining 60 per cent is vital for the future of Jabalpur.”

The clearance of projects, such as the extension of the Indian Institute of Information Technology, Design and Manufacturing (IIITDM) campus, has already invaded critical areas around Dumna. “There are two independent leopard populations near Jabalpur city - Dumna hosts one, and the Madan Mahal hills the other. The Gora Bazaar area consists of an important wildlife corridor between the two populations, and yet no strategy has been formulated for its protection,” says Singh. Leopards and other wildlife are also forced to move out of forest areas and into human settlements, owing to the sudden presence of humans and noise pollution from construction.

All across India, these shy feline predators are suffering a similar fate to the Dumna roadkill leopard. The death of a two-year-old female leopard in the Aravali forests in June 2021 after she was hit by a speeding vehicle, and the pregnant leopard that met her end in a road accident on Ghodbunder road near Mumbai’s Sanjay Gandhi National Park in December 2020, underscore the issue of shrinking urban forests and anthropogenic impacts on wild species and their habitats. 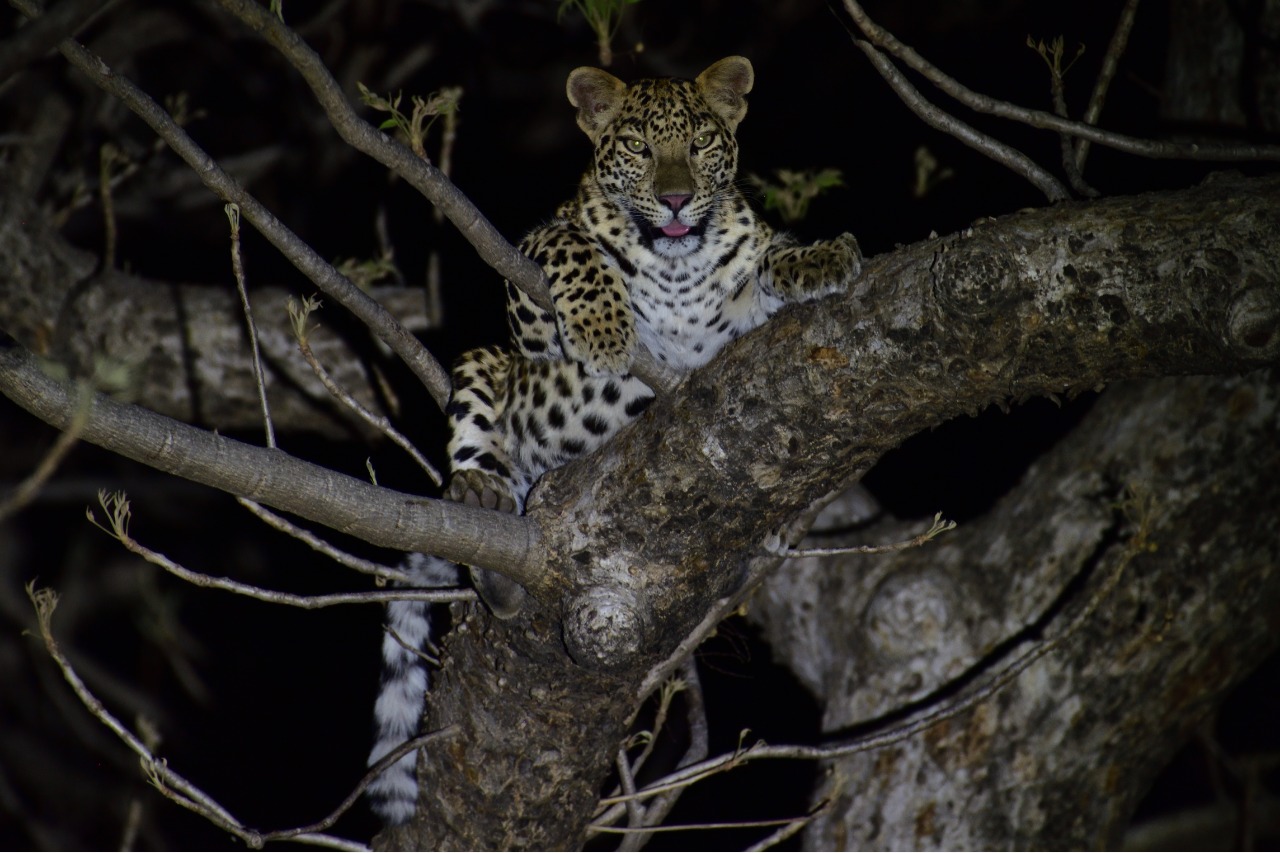 Dumna Nature Park and its surroundings are home to at least 10 resident leopards, according to Anshuman Singh, Amicus Curiae at the Madhya Pradesh High Court. Photo: Anshuman Singh

“Given the anthropogenic pressures Dumna is stressed under, incidents like the death of the leopard are inevitable. The Forest Department clearly needs capacity building to avoid mishaps in the future. Existing projects like IIITDM, the airport and Food Craft Institute must comply with the requirements and etiquette of being neighbours with wildlife. IIITDM continues to disregard the presence of the leopards and its recent plans to build an incubation centre fragments Dumna further. The Forest Department must work with the local community members to raise awareness of the importance of Dumna’s urban wildlife. Vehicles continue to race through roads that wind around the habitat, even in broad daylight, and there are no speed breakers or limits to deter them. Neither are there police or Forest Department staff to patrol the area. The Department’s claim to be looking for the perpetrators is akin to looking for a needle in the haystack when they have not even found any suspects,” says Khamparia.