Sanctuary’s Mud on Boots Project is a booster programme that has been designed to support grassroots conservationists across India. Selected individuals – we call them Project Leaders – receive a monetary grant and other customised support from the Sanctuary Nature Foundation (SNF) over a two-year period. The project focuses on those whose conservation leadership potential is overlooked by large organisations and government agencies because of limitations such as a lack of academic qualifications, access to technology or language barriers. Our Project Leaders may not fit the mould, but they are self-motivated, dedicated, knowledgeable, innovative, eager to learn, and are making a real difference on the ground, often against formidable odds.

In every issue of Sanctuary Asia magazine, we share their updates from the field. You can donate to this unique Sanctuary initiative here.

In Arunachal, Mud on Boots Project Leaders Dechin Pema Saingmo and Pemba Tsering Romo are working toward the long-term conservation of snow leopard and other high-altitude wildlife in the Mago-chu Valley.

In March, the duo helped conduct training sessions on camera trapping methods and analysis in anticipation of a statewide snow leopard (and other wildlife species) population estimation.

Conducted in the Namdapha National Park, Miao district, Pasighat in the East Siang district and Dirang in the West Kameng district, the ‘skill share’ was attended by over 50 participants including forest guards, field biologists, research officers and Range Forest Officers from eight Forest Divisions. The sessions included interactions with participants to gauge perceptions toward landscape conservation, mammalian diversity, human presence, and threats. The purpose of such initiatives is to build capacity and exchange knowledge.

Despite the surge in COVID-19 cases this year, Project Leader Vishal Ahuja (banner image) continued his fieldwork in Chamba, Himachal Pradesh, while following all safety guidelines. Over the past two months, Vishal visited the Bhandal, Mayarigla, Kariyan and Haripur nurseries to collect information on native plant species availability. He also had one-on-one meetings with several organisations in the region, to invite participation in restoring degraded forest habitat. Territorial Divisional Forest Officer and Assistant Conservator (wildlife), were met with to seek support for conducting rewilding workshops for locals and Forest Department staff, and to provide local sapling species for habitat restoration. His interactions with the Director of the Rural Community and Development Centre, Gajnui, has laid the ground for future engagements with local communities and self-help groups.

Vishal also interacted with and won the participation of the local Khajinag Mandir Committee, and several local farm owners willing to be a part of such restoration drives.

Project Leader Phuntsog Dolma believes that wildlife conservation can only be successful if there is active participation from local communities. While working with Ladakh’s sheep husbandry department, Phuntsog witnessed both livestock depredation by wild carnivores, and pasture degradation by livestock in the Rong valley.

Phuntsog initiated surveys in Rong and created pasture maps with help from villagers who learned rudimentary mapping techniques. She undertook daily field visits to meet with livestock owners to identify suitable pastures near villages. She created hand-drawn village maps highlighting pasture locations, and included physical and political features such as hills, streams, track routes, highways, roads, and houses for two of the valley villages. She also helped villagers create indices for pastures, document altitudes, GPS locations and note down seasonal uses. Such documentation will offer detailed information on pastures to breeders, researchers and policy makers. The resultant database will be refined over time and will be critical to pasture management and wildlife conservation in the Rong valley. This is probably the first effort of its kind to create a participatory map of pastures in Ladakh, and Phuntsog’s efforts were acknowledged and appreciated by the Forest Department, which has now requested her to create maps for all the villages in the Rong valley.

In April, Phuntsog also attended a training programme on the use of GIS for pasture mapping conducted by the Nature Conservation Foundation in Ladakh. She hopes to use GIS technology to understand past, present and future status of pasture areas and diversity and species richness of medicinal and fodder plant species. 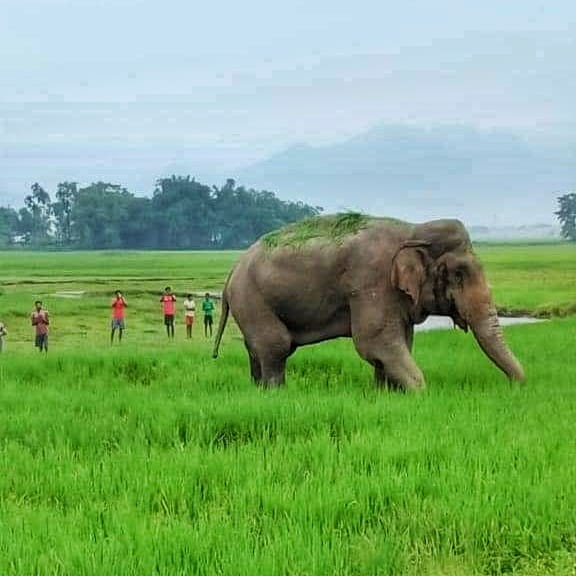 This year, the Panijhora village in the Jalpaiguri district of West Bengal experienced the return of migrant labourers because of the pandemic. This led to greater agricultural activity in the village and an increase in the use of live electric wires, to protect crops from wild elephants. As many as 12 elephants were electrocuted over the last two months. To deter residents and farmers from using these live wires, Project Leader Amir Chhetri and The Coexistence Project team jointly plan to distribute leaflets and hold public engagement sessions in selected villages and tea estates in the Jalpaiguri district. The leaflets focus on the legal repercussions of using live wires and propose alternative crop protection methods. Working in collaboration with the West Bengal Forest Department, more such initiatives are on the anvil. 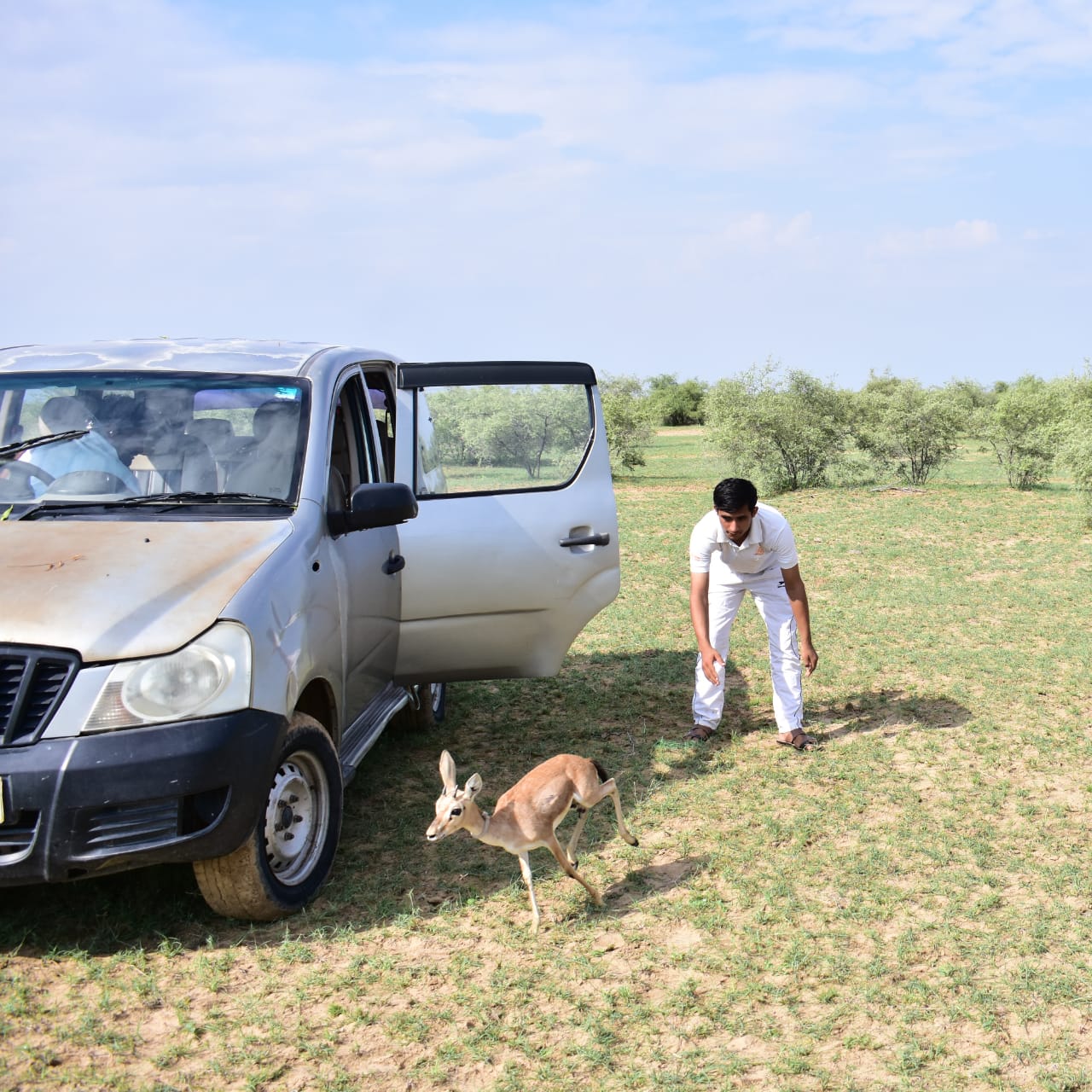 In Pokhran, Rajasthan, Project Leader Radheshyam Bishnoi continues his daily patrols to monitor the habitat of the critically endangered Great Indian Bustard (GIB). Over the past two months, he and associate volunteers have patrolled and monitored
the eastern side of the GIB Arc, which includes Dholiya, Gangaram ki Dhani, Khetolai, Loharki, Chacha, Odhoniya, Bhadariya, Laathi, Mawa, Ramdewra, Khara, Didhu and Ajasar.

Radheshyam coordinates Antipoaching and GIB monitoring work of ERDS Foundation and their network of community volunteers in the eastern side of the GIB Arc area. His consistent work in protecting the wilds has earned him the respect of the Bishnoi community, famed for their traditional and religious values that revere all wildlife. Villagers inevitably report wilderness-related mishaps to Radheshyam, who then informs the Rajasthan Forest Department. He recently rescued a chinkara injured in a road accident near Bhadariya and another that had been attacked by feral dogs. Dedicated to a fault, he also rescued a Tawny Eagle injured by high tension electric powerlines, and an injured Himalayan Griffon and Cinereous Vulture.

Conservation 101
On April 19, 2021, conservation policy specialist and spatial analyst, Nandini Mehrotra of the conservation enterprise Technology for Wildlife addressed Sanctuary’s Mud on Boots Leaders on the use of GIS and geospatial data analysis and technology in conservation. During this Zoom session, project leaders discussed ways to strengthen their conservation work using technology and GIS systems.
join the conversation