Days Of Journalism Past

Text and Photographs by Shailendra Yashwant

An environmental photojournalist recalls his early days of reporting for Sanctuary Asia, and the story that led him to activism.

Every story I have reported for Sanctuary has a short introduction of the location from where I was bearing witness, whether it was the olive Ridley turtles arriving in thousands for their annual arribada on Gahirmatha beach on a moonlit night, rhinos waking up from their standing slumber to graze at the crack of dawn in Kaziranga, elephants quietly feasting in the bamboo groves of Wayanad at midnight, a tiger blocking our passage on a hot, sunny afternoon at Ranthambhore, rowing down the mangroves of Pichavaram in small canoes at dusk, chasing the elusive red panda in the sacred mountains of the Lepchas in Dzongu, listening to the songs of dolphins on the Lohit river a stone’s throw from Dibru-Saikhowa, and even walking with Molai Payeng through the island forest he nurtured on the Brahmaputra river in Assam.

These locations, like so many others I had the privilege of visiting for Sanctuary, are homes to endangered and exquisite species of the subcontinent. All of them were, in many ways, success stories of conservation efforts over the last few decades, stories of courage and hope, click baits for future generations of conservationists. 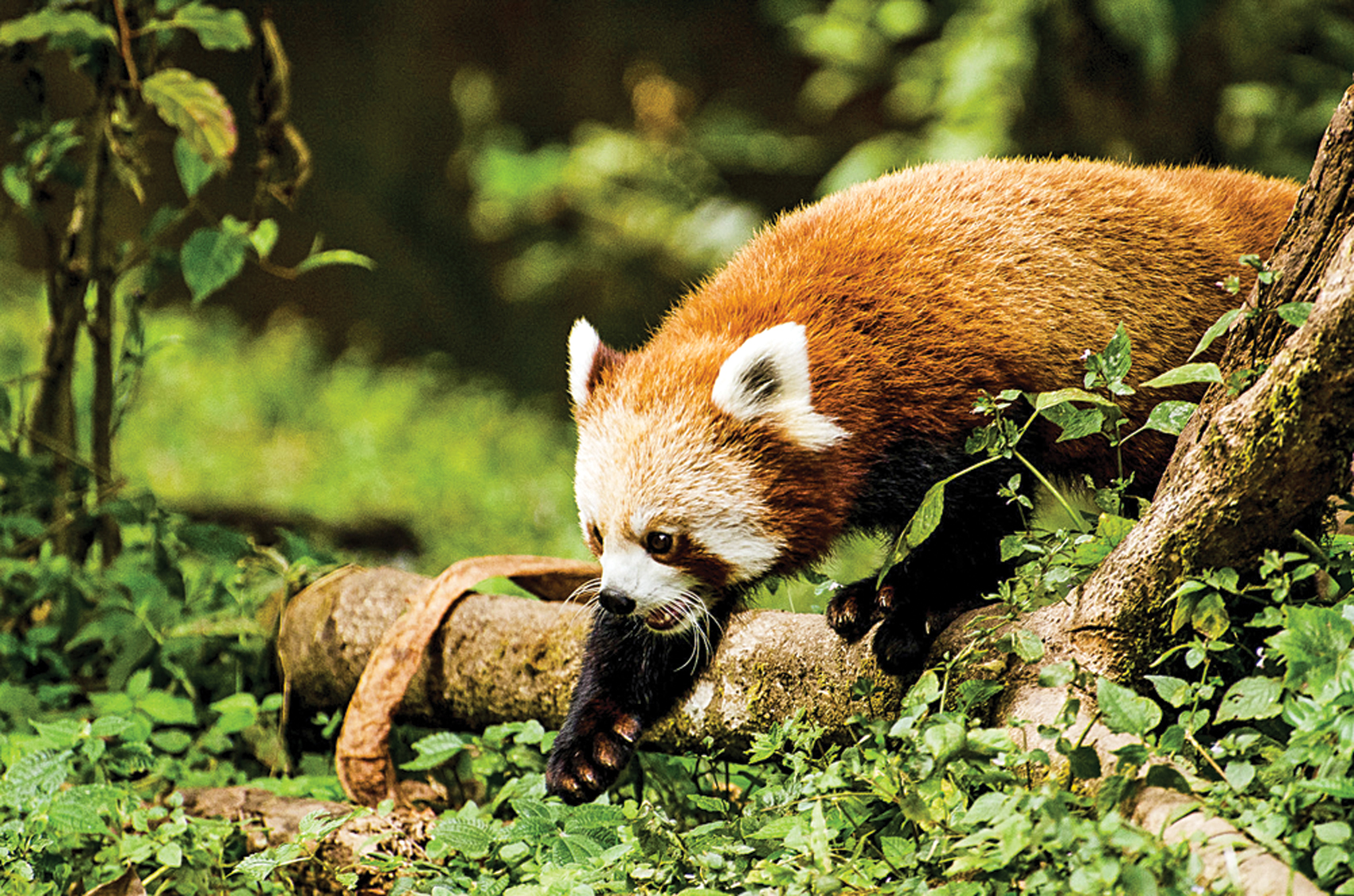 An elusive red panda documented by the author in 2012 in Sikkim. In ‘Dam the Lepchas’ (2012), he elaborated on the devastating impact of hydropower projects proposed and under construction on the Teesta river.

Except one time, in 1995, when the location was a toxic effluent outfall on the banks of a dying Damanganga river in Vapi, Gujarat. A story never really told on the pages of Sanctuary but nevertheless illustrative of the guts, gumption and sheer grit of the small team at Sanctuary when it came to its mission to bear witness, document and report the threats to our wild heritage.' 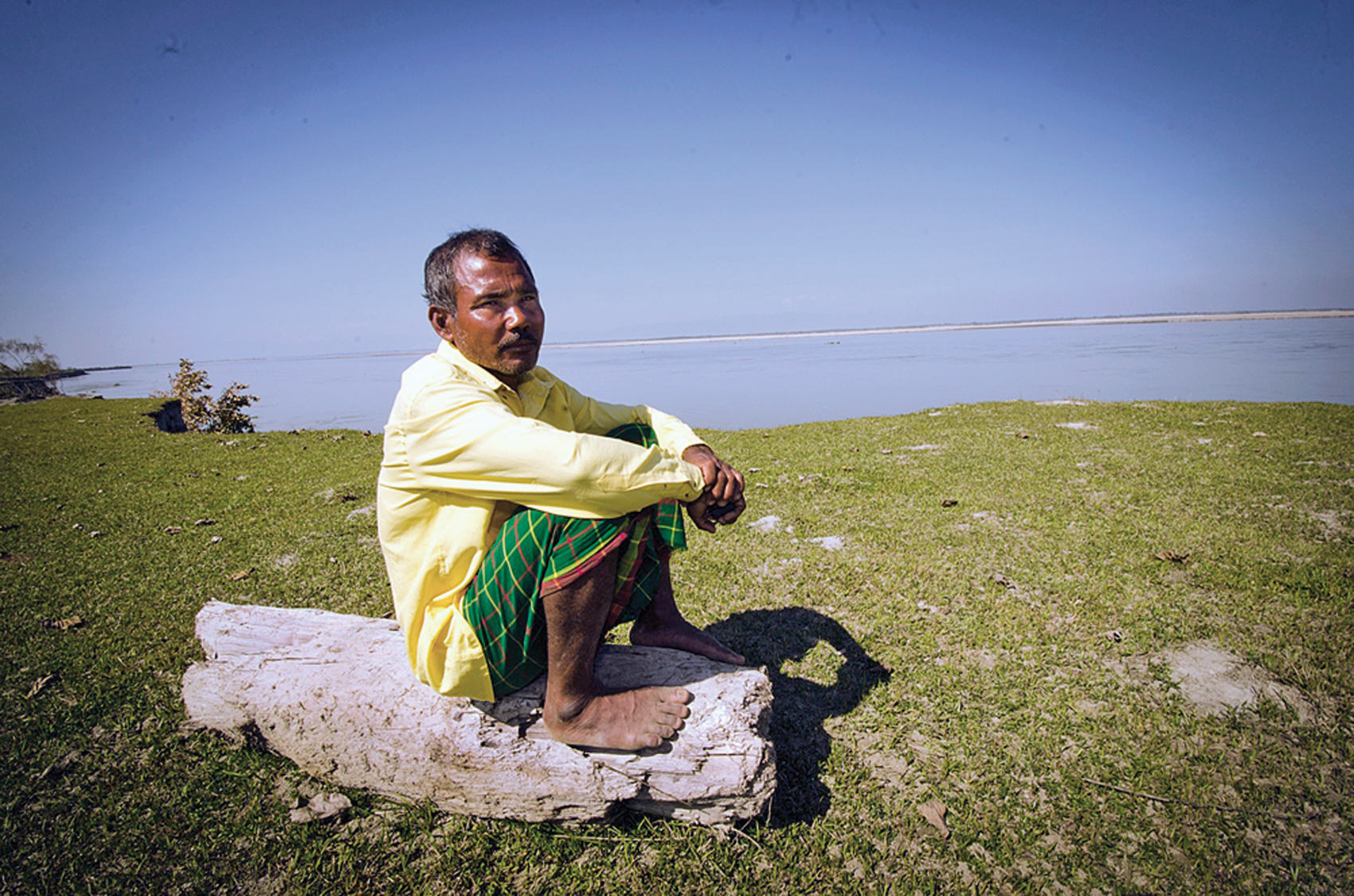 The author fondly remembers walking with the ‘Forest Man of India’, Jadav “Molai” Payeng, through the island forest that he single-handedly nurtured on the banks of the Brahmaputra river in Assam.

In the early 90s, following the economic reforms in India, there was increasing concern about the import of dirty technologies into the country, especially manufacturing processes that were being banned or phased out in the developed countries. Particularly alarming were the threats posed to our ecosystems by toxic pollution from chemical and pesticide industries, specifically a group of chemicals called persistent organic pollutants aka POPs. These, in their full life cycle from production to application, left behind a trail of destruction, causing irreversible damage to the health of all life on the planet. 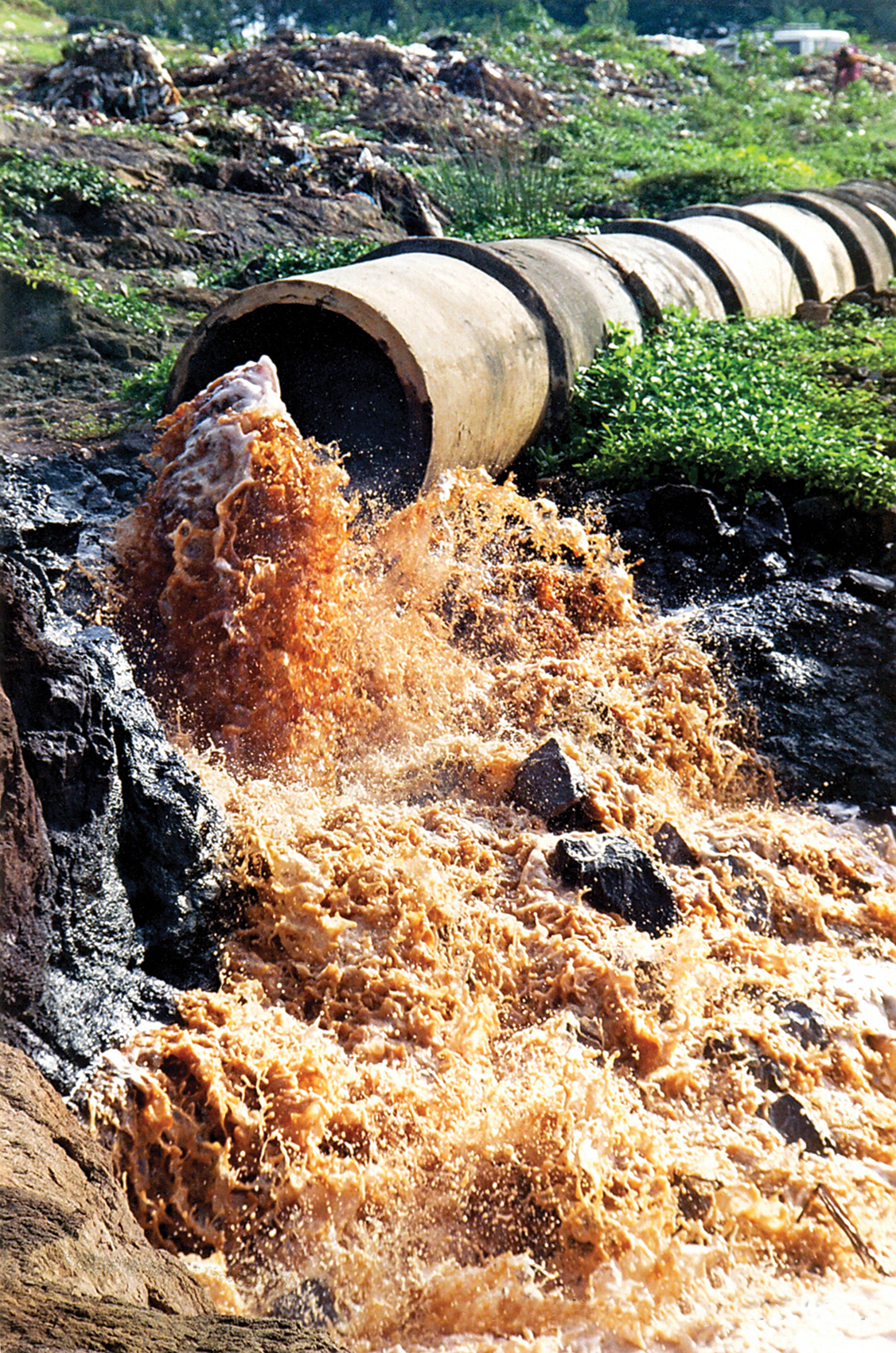 In 1995, the author reported on the dumping of toxic effluents by pesticide units into the Damanganga river, near the Gujarat border, exposing crony capitalism, corporate corruption, and the failure of regulatory bodies in protecting our commons.

And here I was, investigating a story for Sanctuary Features, from a colourful pile of mixed toxic sludge on the banks of the Damanganga river, near the border of Gujarat and the small union territory of Daman downstream, watching electric red effluent pouring out into the river. Our investigations led to an exposé ‘Toxic Wastes Choke Vapi’s Lifeline’, that landed us on the front page of Mid-Day and op-ed page of Newstime (now closed, a part of Eanadu group publications) on July 11, 1995. It also landed us in courts. And me in jail for one night, but that is another story for another time. 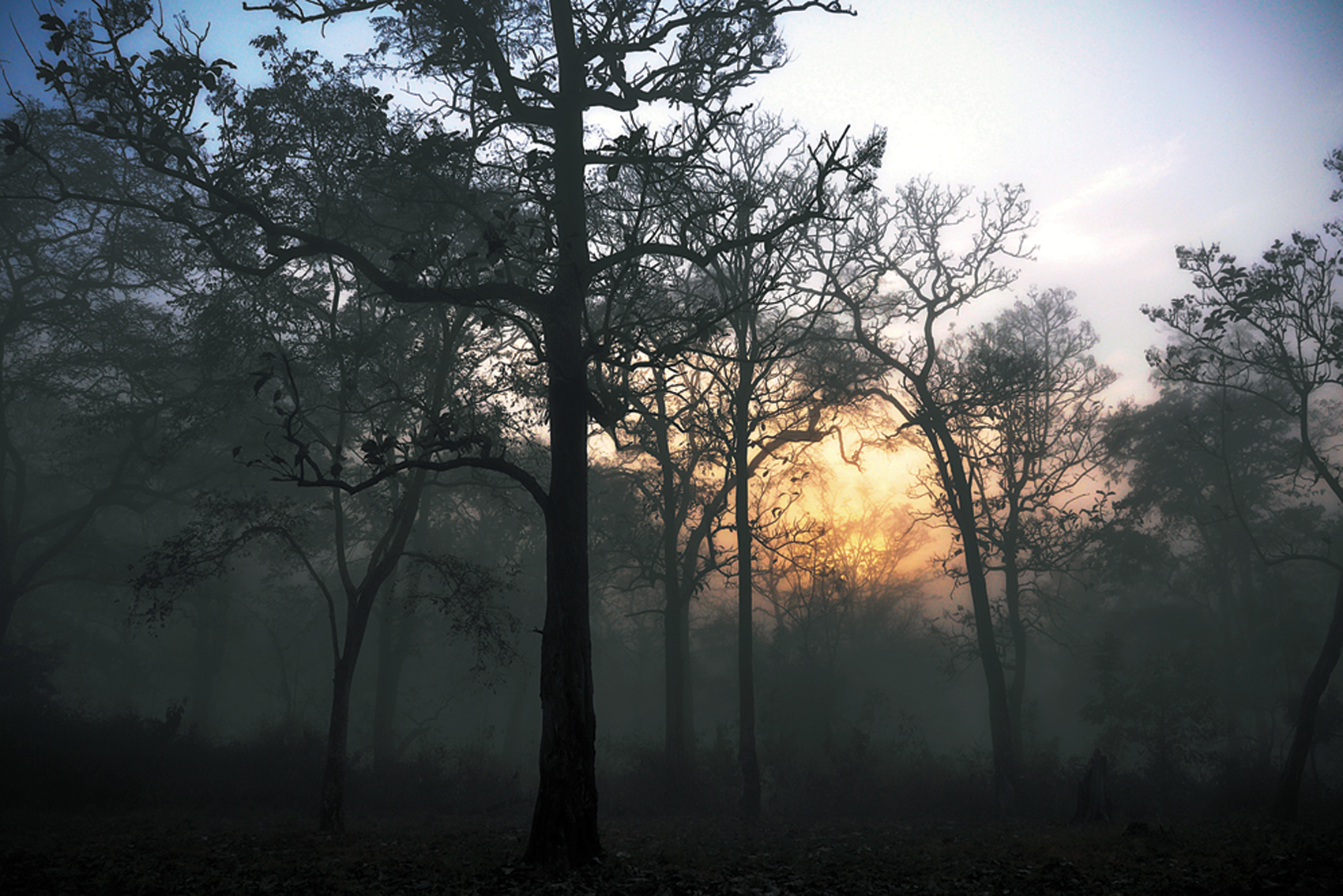 For 22 years after that, we were defending defamation cases (aka Strategic Lawsuit Against Public Participation (SLAPP) suits) and assorted summons filed against us by one of the companies exposed in the report, in three different courts in Gujarat and Maharashtra. The report had not only exposed the misdemeanours of one company but the entire system of crony capitalism, corporate corruption and the failure of the state and its regulatory bodies in protecting our commons. The story was supposed to be an early warning on the threats posed by the unfettered appetite for that elusive matrix called GDP and the dangers of unregulated expansion of chemical industries. Instead we were left defending frivolous charges in hearings after hearings, running between courts and the ignominy of it all but never giving up. 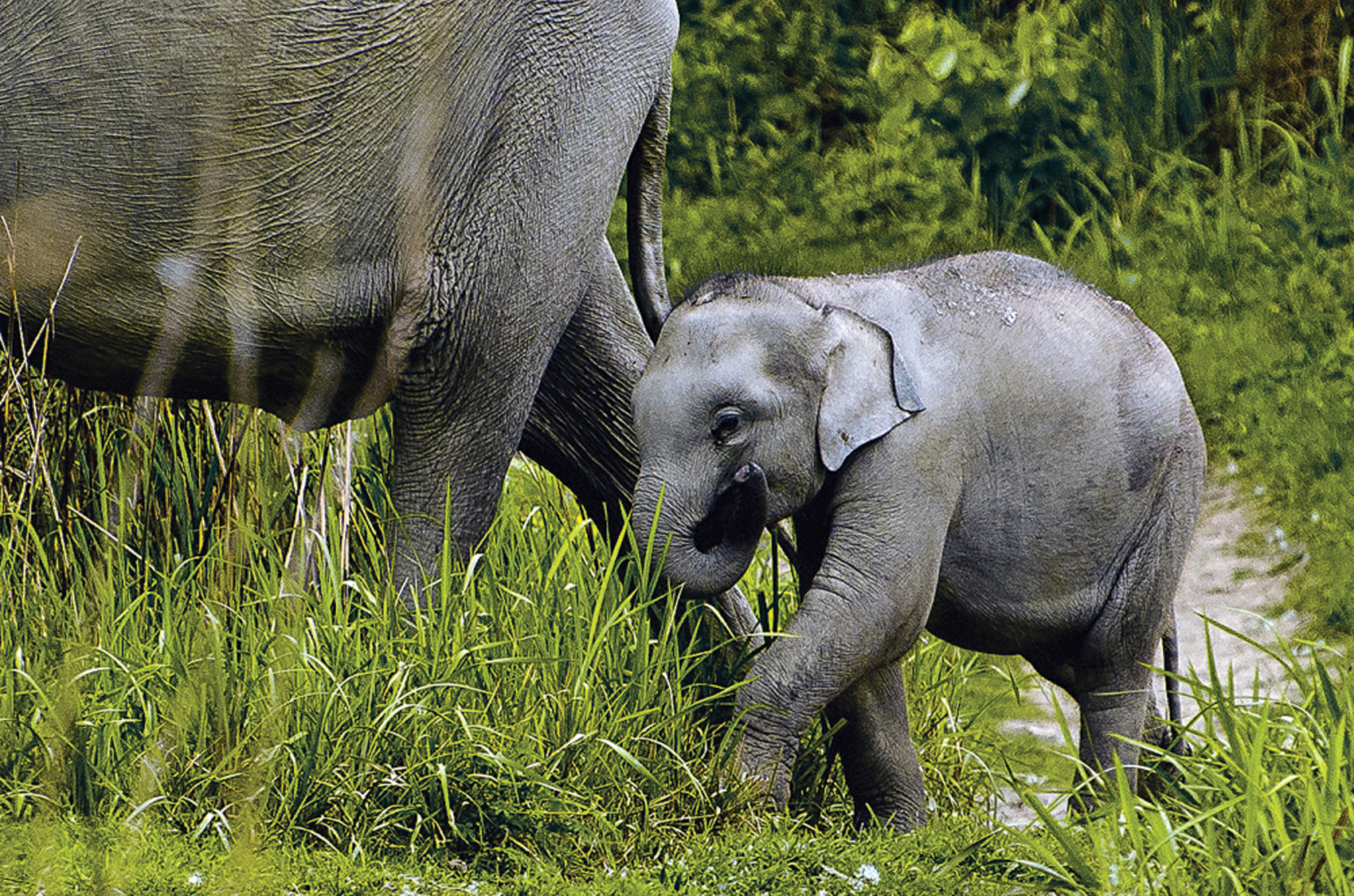 In ‘Is this a Big Five Graveyard?’ (2012), the author reported on the disturbing neglect of wildlife corridors that then hindered the movement of migrating elephants and other denizens despite the declaration of a ‘No Development Zone’ as part of Project Elephant.

The Irony of Victory

So, it was especially gratifying when on August 4, 2018, the Metropolitan Magistrate K.G. Paldewar acquitted all the accused in the case and concluded that the article was published after “due care and attention”, without malice. “The said article in good faith conveys for the public good a caution on the adverse environmental impacts by the import of such obsolete technology and its operation in the country. Hence, the publication of [the] article is for public good in the interest of public.”

The order was seen as a major support for journalists, who are increasingly being accused of defamation as companies use SLAPP suits to muzzle their voices. In India, both libel and slander are criminal offences under its Penal Code. Invariably, corporations abuse this law by filing SLAPP suits to intimidate environmental watchdogs and prevent them from challenging polluting corporations. I shall remain always grateful to Bittu Sahgal, Ramoji Rao (publisher of Newstime) and our senior advocate Raj Panjwani for their support, persistence and commitment to the cause that united us all. 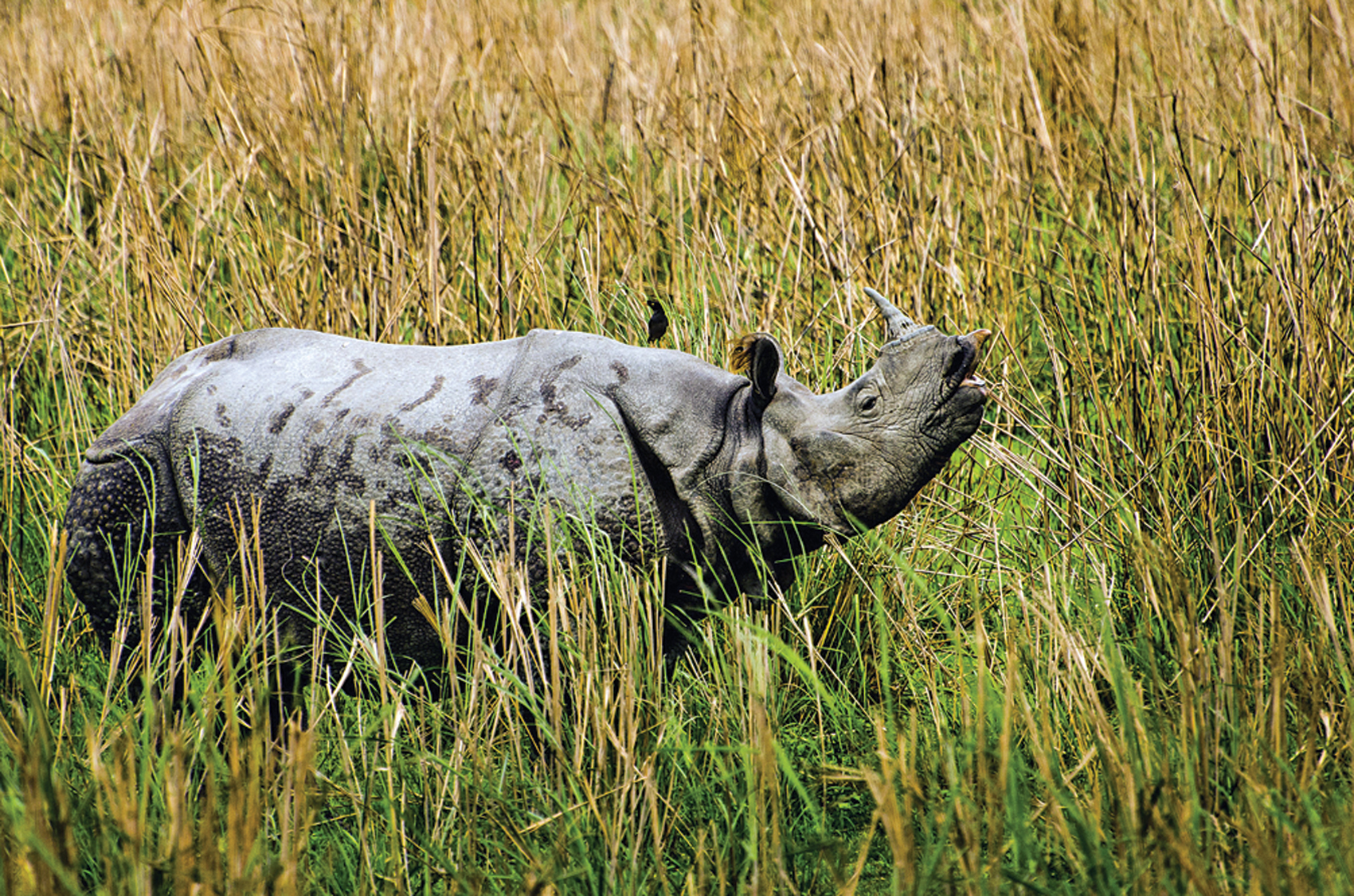 A great Indian one-horned rhino slowly awakens from its standing slumber to graze on foliage at the crack of dawn in Kaziranga National Park, where the author has reported on several conservation issues, such as deforestation, population decline and habitat fragmentation.

The judgement was a bittersweet victory. We won the battle but lost the war – it was a victory for democracy and freedom of speech, but nothing changed for Vapi. In 2010, the government ordered a moratorium on further expansion of polluting industries in Vapi. In 2011 and then again in 2013, Vapi was notified as a ‘critically polluted’ area. In 2016, the moratorium was lifted by the government to allow the ‘unrestricted development’ of Gujarat. In 2018, the National Green Tribunal ordered the recovery of Rs. 117 crores from industries in Vapi for polluting the Damanganga river. In 2020, the Vapi industries association were demanding further relaxation of effluent discharge norms.

Our early warning was ignored and now there is really very little hope for Vapi, the downstream communities of Daman and the marine life along its coast. Personally, this one story for Sanctuary changed my life. I went to Vapi a journalist and came back an activist.