The Doyang reservoir dazzled green under the late October afternoon sun. I stood at the edge of a hill, marvelling at one of the best natural history phenomena in the world. The space above the water was filled with shrill bird cries.

I followed the flight path of a single bird soaring across the blue skies, as it merged with a million tiny dots in the sky, each one of them an Amur Falcon Falco amurensis!

Come mid-November these small raptors would have travelled another 5,900 km. non-stop for five days. Their annual migration includes crossing the Indian Ocean to reach South Africa, a marvellous feat considering their size – they weigh a mere 150 grams! 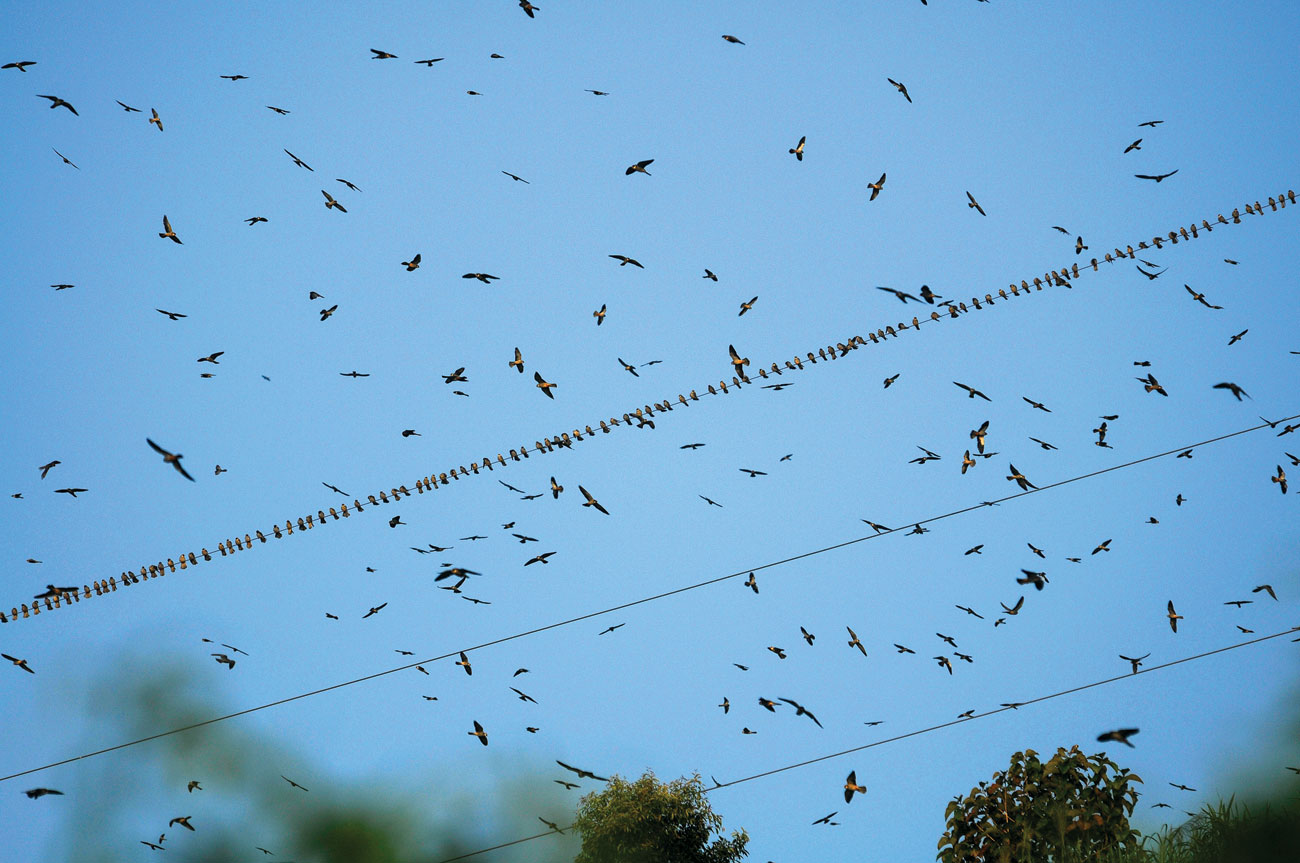 Marathon In The Sky 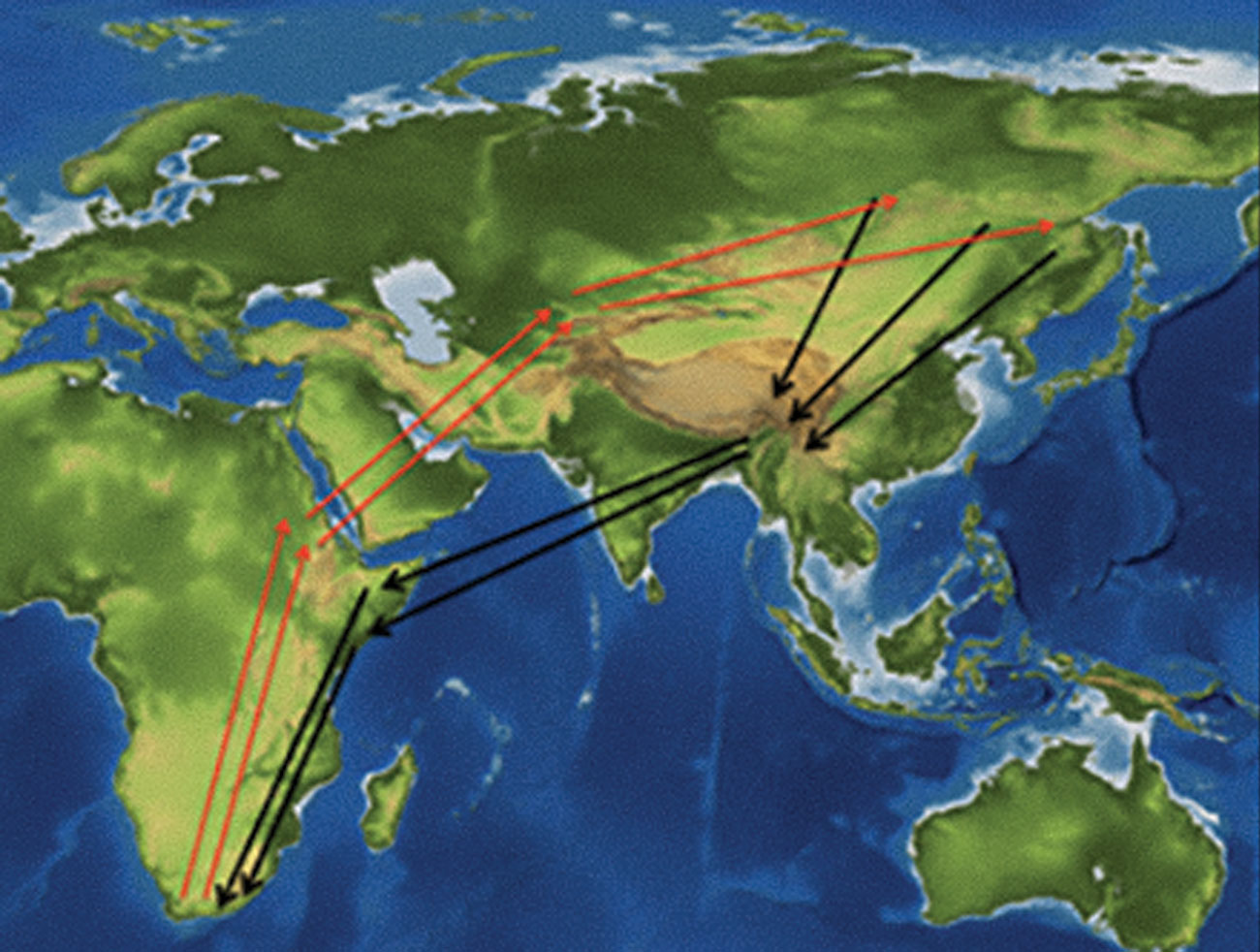 Amur Falcons have historically been recorded visiting the northeastern parts of India in early winter. However, there seems to have been a change in their migration pattern after the completion of the Doyang reservoir in the year 2000. Suddenly, the nearby Pangti village and its surrounding areas became a hotbed for millions of these birds for 10-15 days, from late October to early November. Migrating falcons typically gorge on newly-emerging termites, dragonflies, small birds, and even mammals, to build up fat reserves and prepare for the next leg of their journey. Such stopover sites are important safe spots for the migratory birds in their vulnerable state.

For locals, who had to give up nearly 2,000 acres of cultivated land for the reservoir, the influx of a million raptors must have felt like manna from the heavens, and hunting became rampant. During peak migration, every day 12,000 - 14,000 raptors were caught in thin fishing nets laid across their single roosting site, lining the Doyang bank. Considering that the migration period lasted an average of 10 days, between 1,20,000 and 1,40,000 birds were being killed from the total migrating population. If this had continued, it would have led to a sudden collapse in their population. 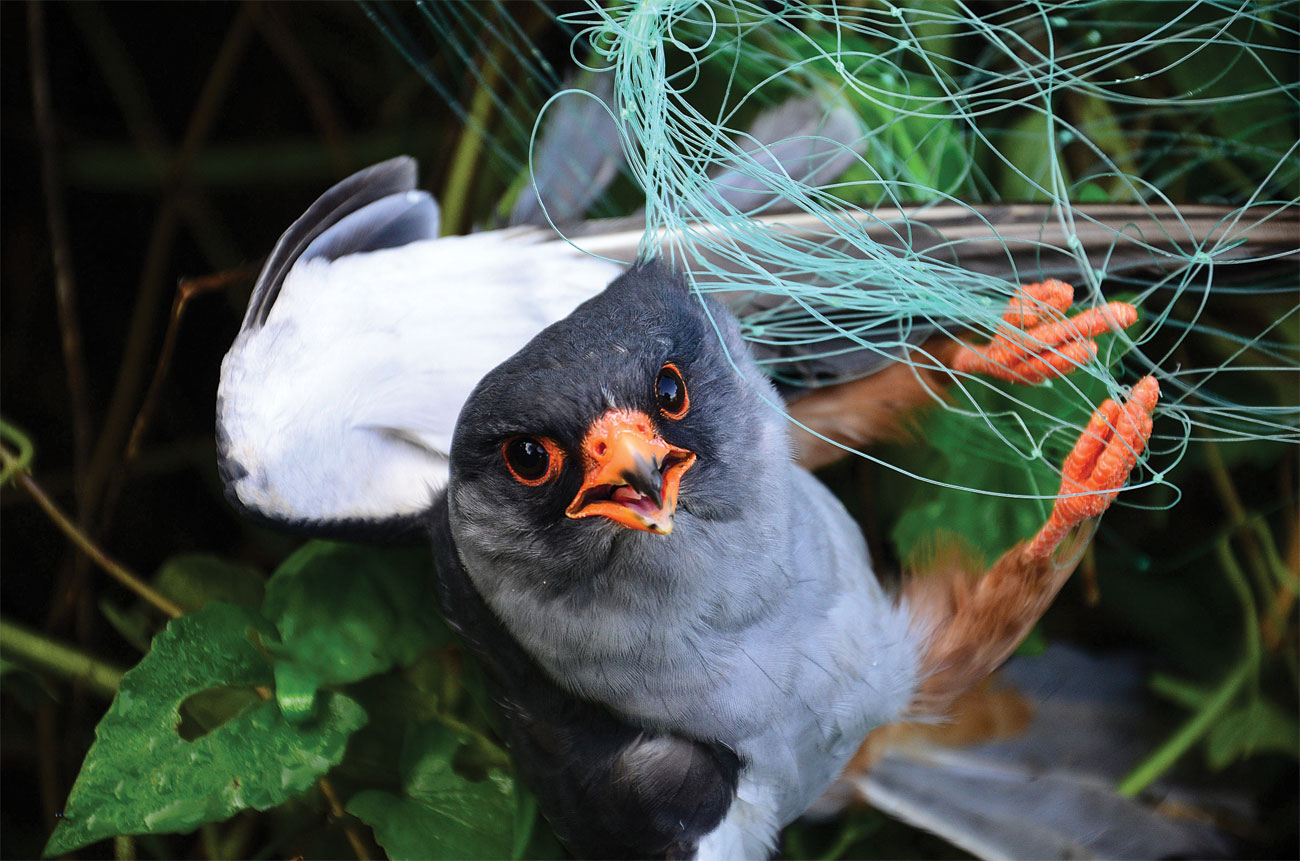 Disturbed by these mass killings, local conservationists and birders launched a community education campaign with the aim of protecting the Amur Falcons. They presented the global migration map of the falcons to village leaders, highlighting the worldwide revulsion at their widespread slaughter. The campaign was led by late Ramki Sreenivasan of Conservation India, with support from BirdLife International, the Wildlife Conservation Society, the Bombay Natural History Society, and other local wildlife groups. Eco-clubs were set up for children in Pangti, Nagaland and surrounding communities and ‘Amur Ambassador Passports’ were given to those who pledged to protect the falcons. Locals were encouraged to become ‘guardians’ to the birds. This became one of the most successful conservation stories in India. The following year, in 2013 and the years after, not a single bird was killed by hunters! 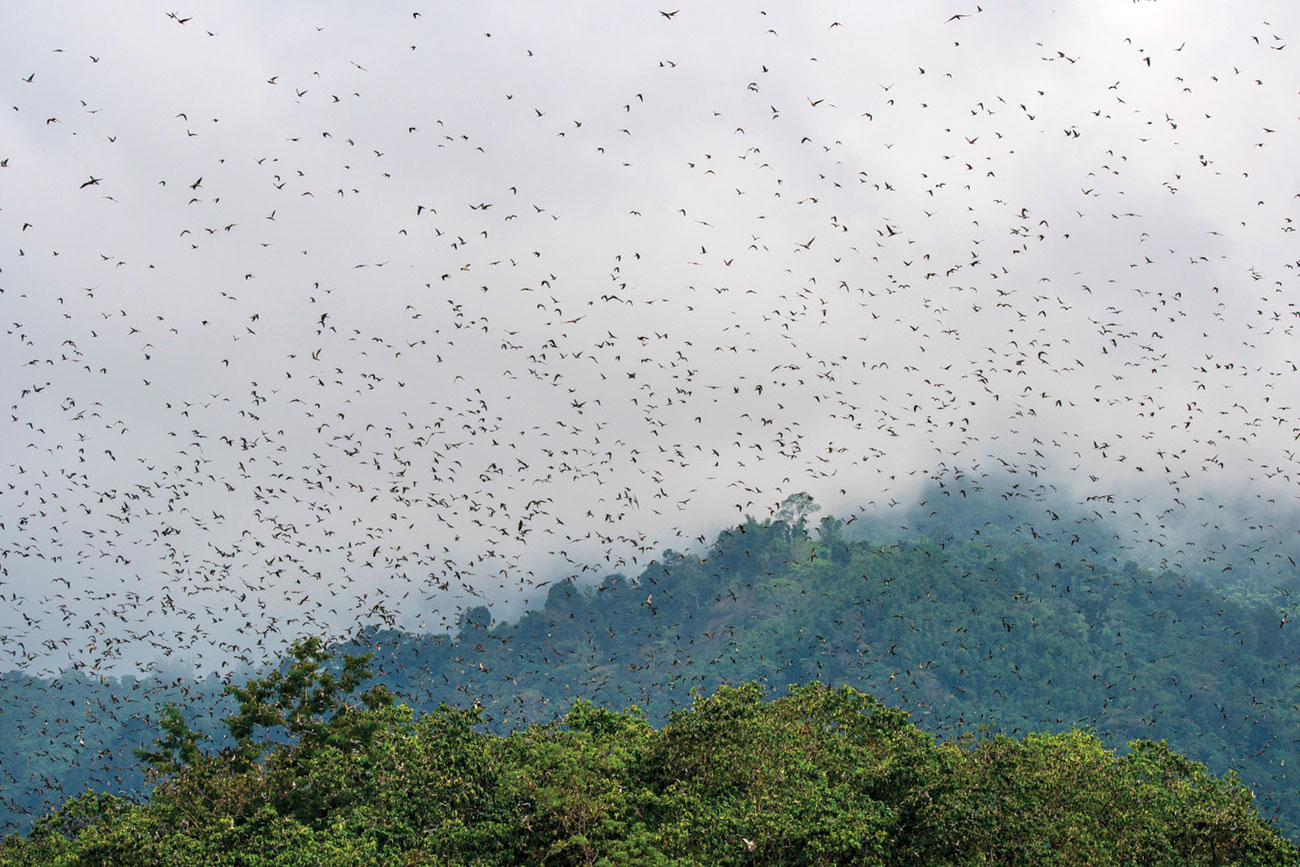 A Sky Full Of Amurs

In Pangti, our stay was arranged at a local homestay to promote eco-tourism and we were guided by hunters-turned-guides, who receive a far more sustainable income from tourism than hunting falcons. That evening, as we were led to the roosting site, we walked through narrow trails lined with waist high shrubs to reach a clearing. We found ourselves near the bank of the Doyang river facing a fading sky, gradually darkening from dull yellow to dull grey. There we were greeted with sheets upon sheets of falcons, wavering across the dusky sky. The moon rose, full and bright, which only seemed to magnify their restlessness. Waves of sickle-shaped falcons undulated across the skies and down to the ground, but never seemed to settle. As I looked at the handsome avians, I held faith in the locals’ ability to hold safe passage for these beautiful birds. 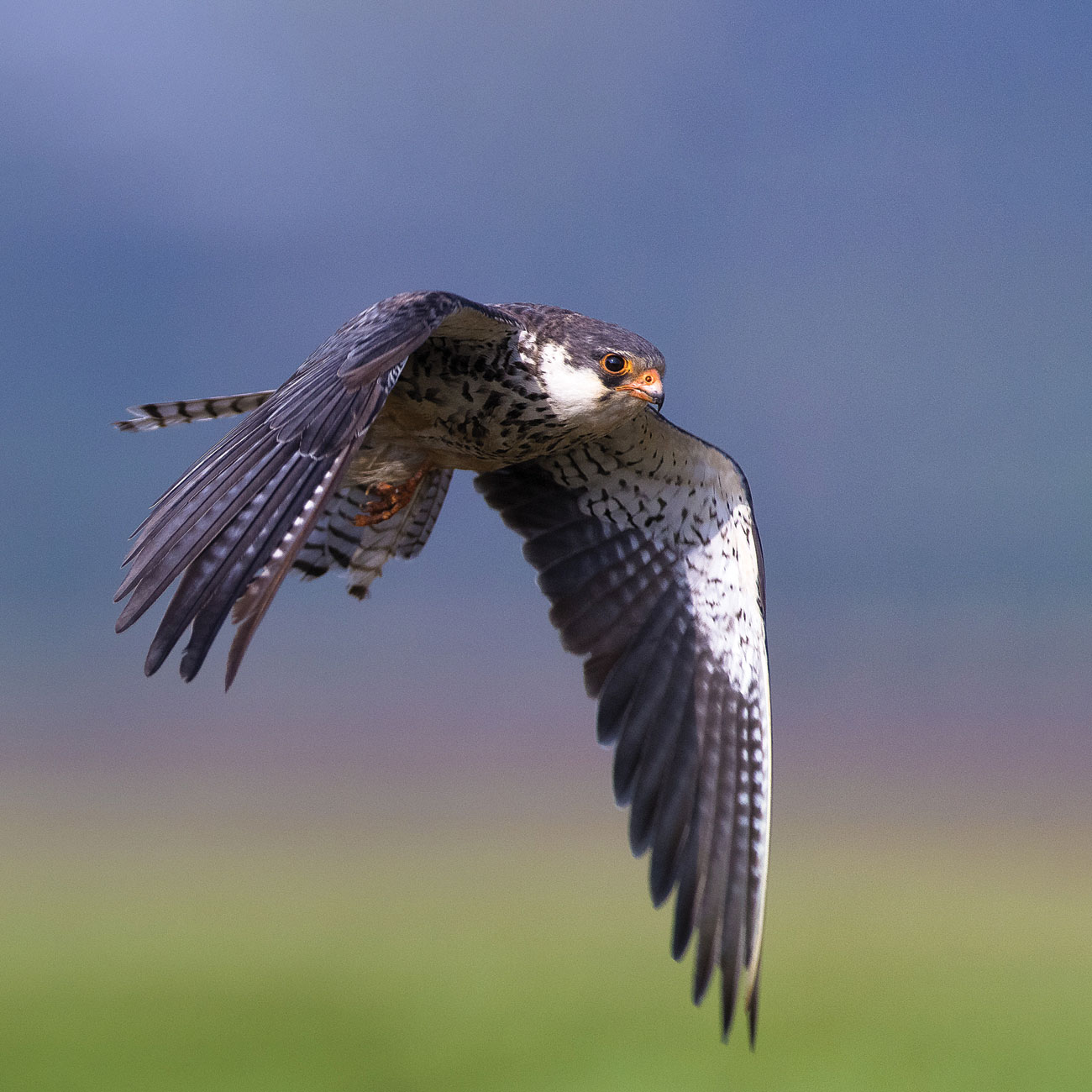 Time To Restore
~ Read more about the fascinating journey that the Amur Falcons undertake; scientists have mapped their entire migratory route with the help of satellite tags.
~ Encourage ecotourism and local guides by visiting Pangti and Doyang in Nagaland during the Amur Falcon migration season.
~ Raise awareness about important flyways and stopover sites and the importance of turning them into Protected Areas.

Prachi Galange is a senior photo editor and naturalist at Sanctuary Asia. She has been enamoured with nature since childhood and loves everything from spiders, to insects, birds and mammals. An ideal day for her would begin with watching the sunrise over a mountain and going on a hike.